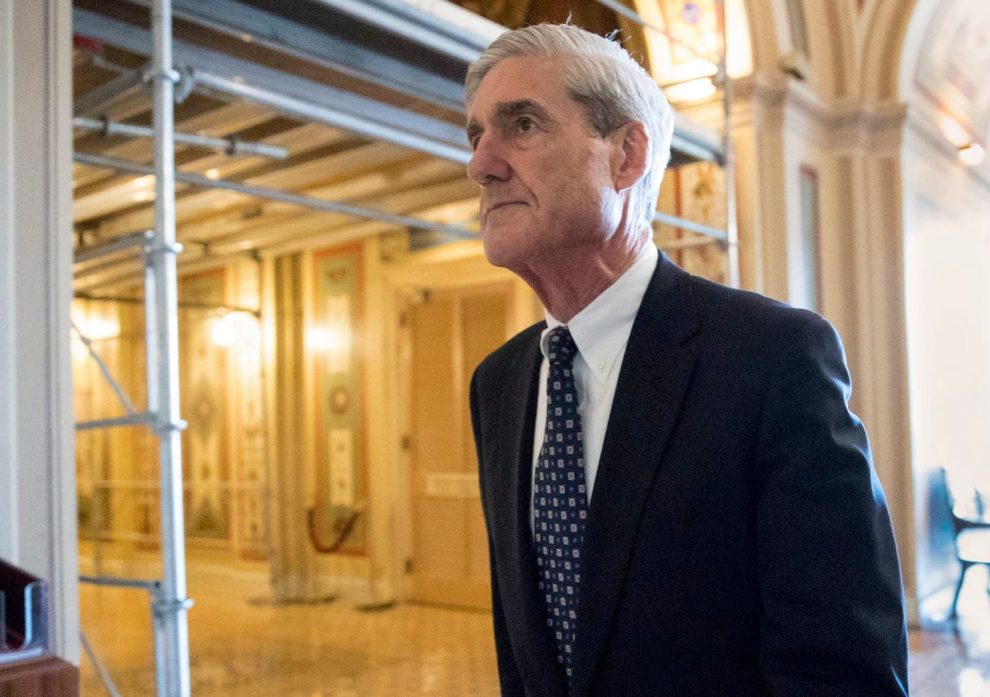 It’s a witch hunt, a vendetta, the worst presidential harassment in history.

That’s what President Donald Trump has shouted for two years about the special counsel’s Russia probe. Now, barring an eleventh-hour surprise, Trump and his allies are starting to see it as something potentially very different: a political opportunity.

With Robert Mueller’s findings expected any day, the president has grown increasingly confident the report will produce what he insisted all along: no clear evidence of a conspiracy between Russia and his 2016 campaign. And Trump and his advisers are considering how to weaponize those possible findings for the 2020 race, according to current and former White House officials and presidential confidants who spoke on condition of anonymity to discuss private conversations.

A change is underway as well among congressional Democrats, who have long believed the report would offer damning evidence against the president. The Democrats are busy building new avenues for evidence to come out, opening a broad array of investigations of Trump’s White House and businesses that go far beyond Mueller’s focus on Russian interference to help Trump beat Democrat Hillary Clinton.

No one knows exactly what Mueller will say, but Trump, his allies and members of Congress are trying to map out the post-probe political dynamics.

One scenario would have seemed downright implausible until recently: The president will take the findings and run on them, rather than against them, by painting the special counsel as an example of failed government overreach and Trump himself as the victim who managed to prove his innocence.

The top Republican on the House Judiciary Committee, Georgia Rep. Doug Collins, said on the House floor last week that he had a “news flash” for Democrats who had high hopes that the report would be damaging to Trump.

“What happens when it comes back and says none of this was true, the president did not do anything wrong?” Collins asked. “Then the meltdown will occur.”

That was in reaction to Judiciary Committee Chairman Jerrold Nadler’s document requests to 81 people, businesses and organizations related to Trump. Nadler said his panel must look at “a much broader question” than Mueller has.

Adam Schiff, chairman of the intelligence committee, also said there’s much more to look into. Mueller, he said, “can’t be doing much of a money laundering investigation” if he hasn’t subpoenaed Deutsche Bank, which has loaned millions of dollars to Trump. Schiff’s panel, along with the House Financial Services Committee, is looking into money laundering and Trump’s foreign financial entanglements.

“We have a separate and independent and important responsibility,” Schiff has said. “And that is to tell the country what happened.”

The Russia probe, taken over by Mueller in May 2017, has posed a mortal threat to the presidency since Trump was elected — a possible case for collusion or obstruction of justice that could begin a domino effect ending with impeachment. Those fears still exist, but as the investigation winds down, other feelings have taken hold in the White House, namely a cautious optimism that the worst is over, that no smoking gun has been found.

Even if Mueller’s final report does not implicate the president in criminal conduct, the investigation was far from fruitless. His team brought charges against 34 people, including six Trump associates, and three companies. His prosecutors revealed a sweeping criminal effort by Russians to interfere in the 2016 presidential election and showed that people connected to the Trump campaign were eager to exploit emails stolen from Democrats.

Trump, of course, has railed relentlessly against the probe, deeming it a baseless “witch hunt,” sometimes in all capital letters, and has said it was based on unfounded allegations perpetrated by his “deep state” enemies in the Department of Justice, as well as his foes in the Democratic Party and the media.

If the report proves anticlimactic, says former House Speaker Newt Gingrich, a strong Trump ally, “there would no longer be any justification for what the House Dems want to do. They have their report, they had the guy they wanted writing it, and he had the full power of the federal government behind him and they still didn’t get the president.

“Trump can say: Here is the report. I didn’t fire Mueller, I didn’t interfere with him. If you want to keep investigating me, it just shows that it is purely partisan.”

In fact, Trump has told his inner circle that, if the report is underwhelming, he will use Twitter and interviews to gloat over the findings, complain about the probe’s cost and depict the entire investigation as an attempt to obstruct his agenda, according to advisers and confidants.

The president’s campaign and pro-Trump outside groups will then likely amplify the message, while his advisers expect the conservative media, including Fox News, to act as an echo chamber. A full-throated attack on the investigation, portraying it as a failed coup, could also be the centerpiece of Trump campaign events, including rallies, they say.

While Trump’s base has long been suspicious of Mueller, the president’s team believes independents and moderate Democrats who backed him in the last election but have since soured may return to the fold if convinced he has been unfairly targeted.

In the meantime, the president and his surrogates will labor to link the report with the mounting investigations launched by House Democrats.

Meadows wrote in a separate tweet: “Their message is shifting. The ‘Russian collusion’ narrative is falling apart, and they know it.”