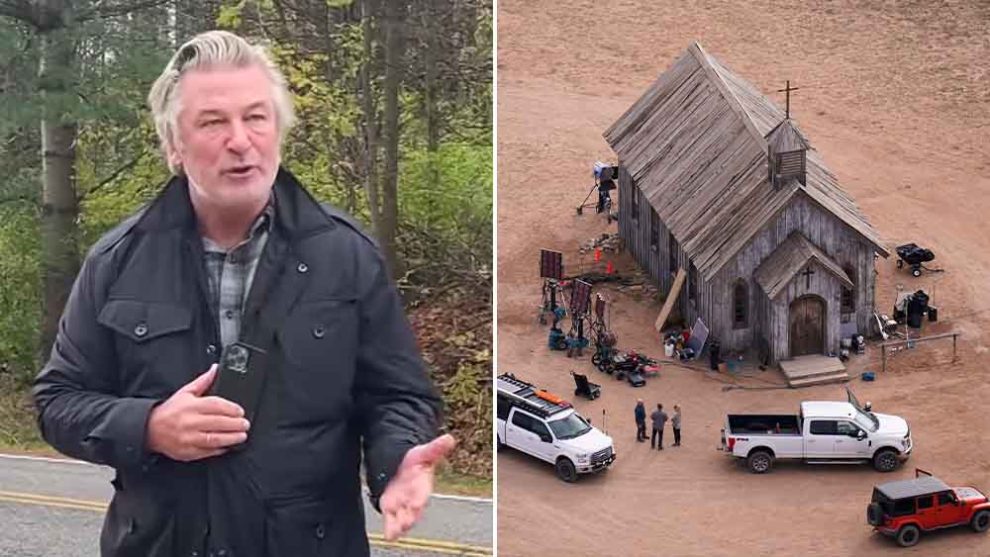 Alec Baldwin has still not turned over his cell phone to the officers investigating the shooting on the set of his film, Rust, despite his many claims that he is cooperating with the investigation.

The Santa Fe County Sheriff’s Office issued a warrant for Baldwin’s cell phone back on Dec. 16, and according to the Hollywood Reporter, the actor’s lawyer has acknowledged receipt of the order. But Baldwin has yet to comply, the paper added.

The sheriff’s office has reportedly turned to the district attorney’s office because the actor has still not complied with the warrant.

Despite the clear facts, though, Baldwin continues to insist that he has been complying with all legal orders from investigators.

“Any suggestion that I am not complying with requests or orders or demands or search warrants about my phone, that’s bullshit, that’s a lie,” Baldwin said in a video rant posted to social media on Jan. 8.

Finally, on Thursday, Baldwin’s attorney released a statement saying that he and the prosecutor’s office have reached an agreement.

“We reached an agreement last weekend with the Santa Fe Sheriff’s Office and the Santa Fe District Attorney’s Office, and Mr. Baldwin’s phone is being turned over this week for review,” Baldwin’s attorney, Aaron Dyer, said in a statement. “Ever since this tragic incident, Mr. Baldwin has continued to cooperate with the authorities, and any suggestion to the contrary is simply untrue. We requested that the authorities obtain a warrant so that we could protect his privacy on other matters unrelated to Rust and have been working through that process. We are finalizing logistics with the authorities in New York who are assisting in this matter.”

The 63-year-old actor was holding a gun being used as a prop during a rehearsal for his movie, Rust. The gun fired, killing cinematographer Halyna Hutchins and wounding director Joel Souza. Baldwin insists that the shooting was an accident.

See also  Volodymyr Zelensky Asks Xi Jinping for Talks, Invites China to Rebuild Ukraine
→ What are your thoughts? ←
Scroll down to leave a comment: