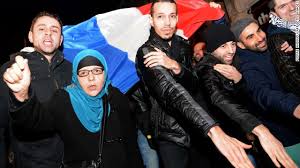 According to French authorities, the total of registered anti-Semitic acts rose to 541 in 2018 from 311 in 2017, a rise of 74 percent. France is home to the worlds third largest Jewish population outside of Israel and the United States.

“Anti-Semitism is spreading like a poison, like a venom,” Interior minister Christophe Castaner said when attending Monday night a ceremony at the memorial of Ilan Halimi, a young Jewish man who was tortured to death back in 2006. Two trees planted at the scene where he was found dying in a Paris suburb have been vandalized.

Some people will attempt to link the rise of antisemitism to the yellow vest rebellion. That seems to be ignoring the elephant in the room that France just took in the fourth most refugees among all EU countries. These Refugees hold extremely anti semitic views as well as anti western views.

See also  New California Bill Would Lower Penalties For Adults Who Have Sexual Relations With A Minor
→ What are your thoughts? ←
Scroll down to leave a comment: