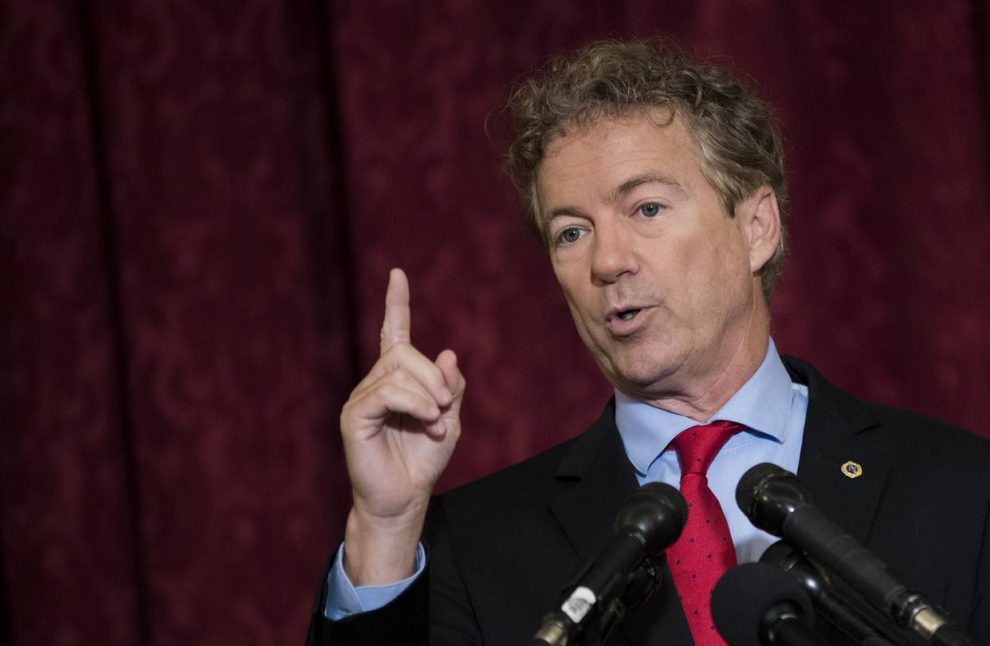 Sen. Rand Paul (R-Ky.) offered an amendment on March 28, which, if approved, would reveal what role former President Barack Obama played in the investigation of the Trump campaign and the use of the debunked Steele dossier.

Paul’s amendment would modify a resolution, which calls on the attorney general to release the full report by special counsel Robert Mueller to Congress and the public. The resolution passed the House by a vote of 420-0 on March 14 and is now before the Senate.

“What we need to discover, and we do not yet know, was President Obama involved? Was this done for partisan purposes? Was this done to try to elect Hillary Clinton?” Paul asked on the Senate floor.

According to Rep. Devin Nunes (R-Calif.), the House Intelligence Committee has enough evidence to establish that the investigation of the Trump campaign began much earlier than late July 2016. If Nunes is right, the bureau will be forced to produce what evidence, if any, it acted on to start the investigation.

Notably, the FBI’s current rationale for starting the investigation of the Trump campaign in late July 2016 is already questionable. According to the current narrative, the probe started on evidence that Trump-campaign associate George Papadopoulos told an Australian diplomat that Russians had dirt on Hillary Clinton. There is no proof Papadopoulos ever had contact with Russian officials. Papadopoulos was convicted of lying to the FBI about contacts with Joseph Mifsud, a Maltese professor with extensive ties to Western intelligence, not Russia. In his new book, Papadopoulos claims he was caught in the crosshairs of a Western intelligence operation to take down Trump.

“In addition to the Mueller report, what we need to know, was there malfeasance? Was there a misuse of government power? Did President Obama’s administration get involved in the election to actually try and manipulate and infiltrate the Trump campaign to entrap them or try to spread information that was incorrect?” Paul asked. “We need to know that.”

In addition to disproving the collusion allegations, Mueller’s report is the final blow to the credibility of the Steele dossier. The Clinton campaign and the Democratic National Committee paid for the dossier and the FBI used it, without due verification, to secure a warrant to spy on former Trump-campaign volunteer Carter Page. Former British spy Christopher Steele compiled the dossier by paying second- and third-hand sources with ties to the Kremlin.