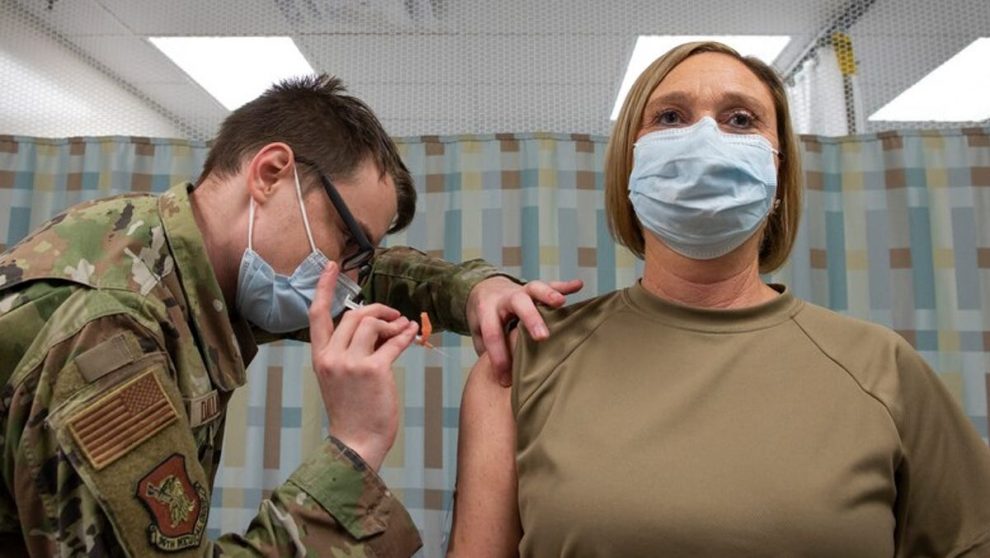 The NDAA repeals Biden’s military vaccine mandate. While many Senate Republicans cheered the repeal of the mandate, GOP senators, such as Sen. Rick Scott (R-FL), said he would continue to fight to give backpay to those who were “wrongfully discharged”:

Florida is home to 21 military bases and three unified commands, and proud of the important and strategic role we play in America’s national defense. As a member of the Senate Armed Services Committee, I fought hard this year to make sure the Sunshine State, America’s national security initiatives, our military, veterans and their families got big wins in this NDAA. Since coming to the Senate four years ago, I’ve consistently advocated for major investments in our defense capabilities and to support Florida’s military bases and our military families. The NDAA that passed the Senate today is a huge improvement over President Biden’s woefully inadequate defense budget proposal and a great win for Florida, America’s national security and our military community, but there is still work to do. While I’m glad this NDAA rescinds the Pentagon’s COVID-19 vaccine mandate, I will continue to fight so that every service member who was wrongfully discharged has the opportunity to be reinstated with backpay.

Glad to fight for Montana’s brave men & women in uniform and support our national security. pic.twitter.com/6CBf0rPnTl

The NDAA passed last week, meaning that the bill will soon go to President Joe Biden’s desk to sign.