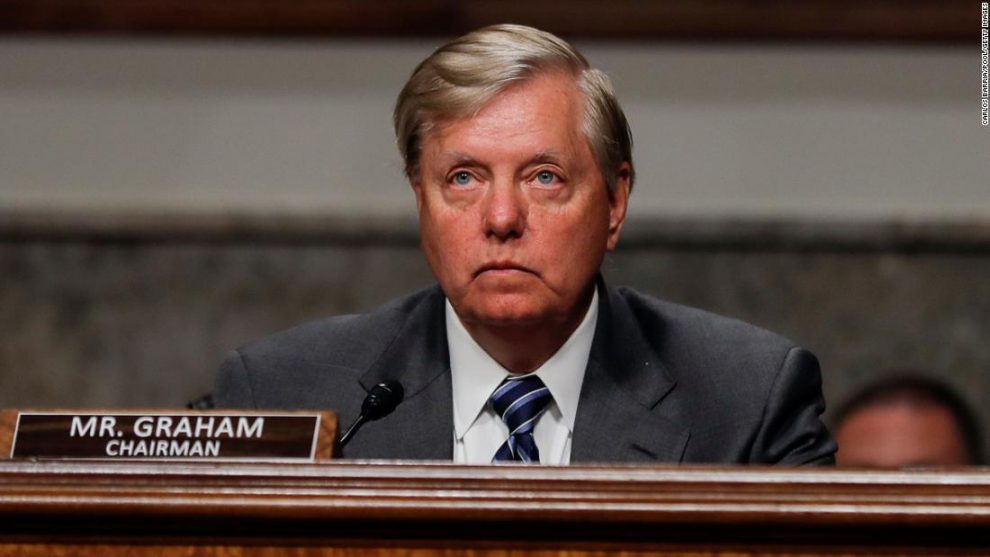 Senate Republicans are preparing to ramp up their Obama-era probes, pushing the controversial investigations back into the spotlight as the 2020 elections heat up.

The efforts have sparked high-profile tensions with Senate Democrats and public rebukes from former Vice President Joe Biden’s orbit. They view the efforts as an attempt to meddle in the 2020 elections, where Biden is the presumptive Democratic nominee.

But with the Senate coming back to Washington on Monday, and the number of legislative days quickly dwindling, Republicans are preparing to step up their efforts.

“In July we will be having some public hearings. … There’s a lot to be done between now and September,” Senate Judiciary Committee Chairman Lindsey Graham (R-S.C.) said during a social media Q&A, adding that he would “investigate the investigators.”

Graham specifically singled out former Deputy Attorney General Sally Yates, saying he wants her to testify about a Jan. 5, 2017, White House meeting, which has been an area of interest for Republicans. At the meeting, then-President Obama and then-FBI Director James Comey discussed sharing national security information related to Russia with incoming national security advisor Michael Flynn.

Yates did not respond to a request for comment about whether Graham, or his staff, had reached out about testifying. Asked if they had reached out to Yates or her representatives, a spokesman for Graham sidestepped the question, saying, “Stay tuned!”

Meanwhile, Sen. Ron Johnson (R-Wis.), the chairman of the Homeland Security and Governmental Affairs Committee, told The Hill that he wants to release an interim report on an investigation linked to Biden’s son Hunter Biden by the time the Senate leaves for a four-week break on Aug. 7. His staff is already drafting parts of the report.

“We’ve got a very detailed timeline. … I’ve told staff I certainly want to get something out before the August recess, as incomplete as it is,” Johnson told The Hill. “At some point in time we’ve got [to say,] ‘OK, here’s what we’ve got. Here’s the remaining questions that need to be answered.’”

The two chairmen, as well as Senate Finance Committee Chairman Chuck Grassley (R-Iowa), are months into wide-ranging investigations that touch on some of the biggest grievances President Trump and conservative allies have, including the origins of the Russia investigation, the court established by the Foreign Intelligence Surveillance Act and Hunter Biden.

Staff on the Finance and on the Homeland Security and Governmental Affairs committees are scheduled to start holding closed-door transcribed interviews with State Department officials next week, two Senate aides told The Hill.

Interviews are scheduled with some, but not all, of the four officials requested to testify in an April 30 letter from the two Republican chairmen. At the time they requested sit downs with Ambassador Bridget Brink, Ambassador Geoffrey Pyatt, George Kent and Elisabeth Zentos.

Asked about the interviews, a State Department spokesman said, “As a general matter, we do not comment on correspondence with Congress.”

As part of the letter, the two also requested records and documents tied to conversations between then-Vice President Joe Biden and then-Ukrainian President Petro Poroshenko, as part of an examination of “potential conflicts of interest” and how Ukrainian energy firm Burisma Holdings used individuals with “close personal connections to high-level officials” within the Obama administration.”

Trump and some of his allies have floated a discredited narrative that Biden tried to remove Ukrainian prosecutor Viktor Shokin to protect Hunter Biden’s business interest in Ukraine, where he was on the board of Burisma.

No evidence has indicated that either of the Bidens engaged in criminal wrongdoing. There was also widespread concern at the time — both internationally and from a bipartisan coalition in Congress, including Johnson — about corruption within Shokin’s office.

The escalation comes as Trump renewed criticism this week of Hunter Biden during a lengthy diatribe from the Rose Garden against the former vice president, who has become a growing focus for Trump as he battles a steady stream of negative poll numbers and criticism for his administration’s response to the coronavirus pandemic.

“But Hunter — where’s Hunter? Where is Hunter, by the way? … Didn’t have a job and all of a sudden he’s making a fortune. But nobody talks about that,” Trump said.

Asked about Johnson’s plans, Andrew Bates, a spokesman for Biden, referenced a statement from May, questioning why the GOP senator was conducting the investigation in the middle of a global health pandemic.

“Running a political errand for Donald Trump by wasting Homeland Security Committee time and resources attempting to resurrect a craven, previously-debunked smear against Vice President Biden. … Johnson should be working overtime to save American lives — but instead he’s just trying to save the President’s job,” Bates said at the time.

Johnson and Grassley have fired off a series of letters to several departments and agencies as part of their investigations. In one that asks for Hunter Biden’s travel records, they said they were looking at “potential conflicts of interest posed by the business activities of Hunter Biden and his associates during the Obama administration.”

Asked about the negotiations, Johnson indicated they were going slow, comparing them to “pulling teeth.”

Johnson and Grassley have long insisted that their investigations are not being driven by Biden’s presidential run, noting that the probe goes broader than just the Bidens.

“It’s not a Hunter Biden investigation. We’re looking at potential corruption within the State Department. … I’m not sure exactly where it will take us,” Johnson said. “We’ve been denied for years access to the information.”

But the investigation has infuriated Democrats on the committees.

Sen. Ron Wyden (Ore.), the top Democrat on the Finance Committee, noted in a letter earlier this month, which was first reported by BuzzFeed, that the State Department had turned over roughly 9,000 pages of documents to Grassley, while ignoring his requests for information related to Ukraine and Rudy Giuliani, Trump’s personal attorney.

Wyden and Sen. Gary Peters (D-Mich.), the ranking member on the Homeland Security and Governmental Affairs Committee, sent a letter to Johnson and Grassley on Thursday reiterating a request that members of the committees get a briefing from the FBI and intelligence community “related to your ongoing investigation.” Democrats, during a closed-door briefing earlier this year, warned Johnson that he was at risk of spreading Russian misinformation.

Graham is looking into “Crossfire Hurricane,” the name for the FBI’s investigation into 2016 Russian election interference and the Trump campaign, and former special counsel Robert Mueller’s probe that subsumed it. That includes reviewing the Foreign Intelligence Surveillance Court and the investigations into former Trump campaign adviser Carter Page and Flynn.

Graham was granted broad subpoena authority by Republicans on the Judiciary Committee, including greenlighting him to compel testimony and documents from more than 50 individuals.

He has already held one high-profile public hearing related to his investigation when former Deputy Attorney General Rod Rosenstein testified before the committee last month. And he noted during a Fox News interview this week that he’s conducted approximately six closed-door interviews.

But Graham has his eye on several more. He wants to call Comey and former FBI Deputy Director Andrew McCabe before the committee in September.

And he’s indicated that he will agree to a request from Democrats to call Mueller, who recently broke his silence with an op-ed defending the prosecution of Roger Stone after Trump commuted the prison sentence of his longtime confidant.

Graham, during an interview on Fox News Radio with former Rep. Trey Gowdy (R-S.C.), said the former FBI director “has a lot to account for — and we’ll see how he does.”

“Does he realize how off the rails the investigation got? From the first time he testified to now a lot has changed. … I had no intention of calling Mr. Mueller, he testified before the House, it was not pretty to watch, but at the end of the day … he decided to interject himself into the Roger Stone case.” 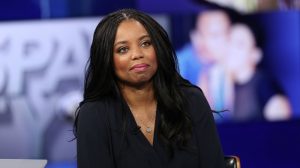 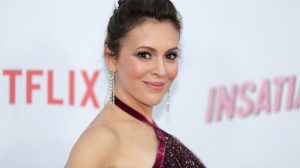 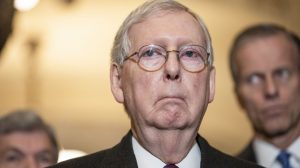 Mitch McConnell Calls Jan. 6 Vote ‘Most Consequential I Have Ever Cast’ In Call With GOP Senators