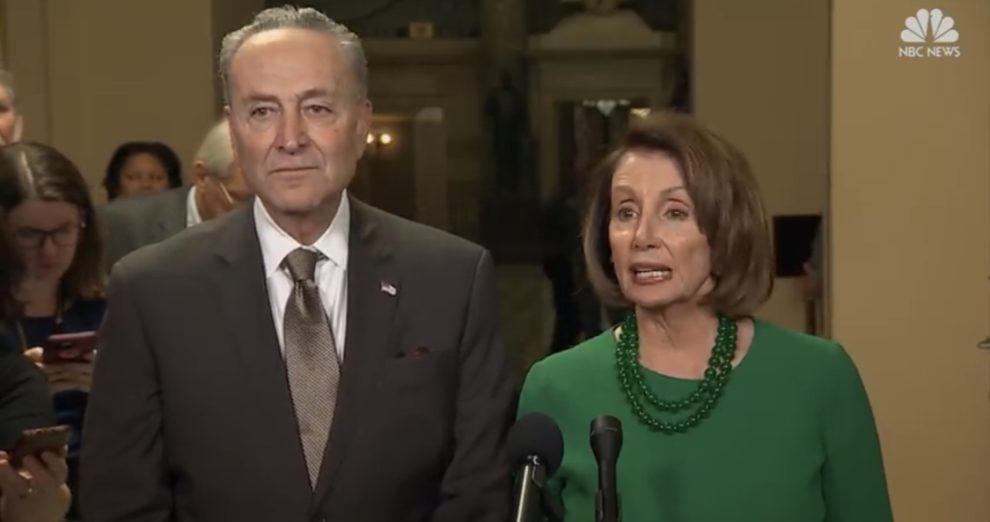 Senate Democrats want to pass a $500 billion package that would include major reforms to health care, climate change, and taxes, according to a report.

NBC News reported that Sen. Joe Manchin (D-WV), who was primarily responsible for tanking the Build Back Better Act, continues to hold talks with Senate Majority Leader Chuck Schumer (D-NY) on a reconciliation package that would spend $500 billion and raise $1 trillion in revenue.

The package would primarily focus on health care, energy, and taxes. One source told NBC News that the “ceiling” for climate change funding would be capped at $300 billion, making it a significant fixture of the package. Another provision that would allow Medicare to negotiate the price of prescription drugs would be expected to save money.

This would allow for Senate Democrats to potentially include extending enhanced Obamacare subsidies in the bill, which would cost $220 billion if the subsidies were extended permanently, according to the Congressional Budget Office (CBO).

Manchin has not nixed the enhanced Obamacare package, although the senator, according to a NBC News source, said he is exploring options to continue the subsidies at a lower cost.

“He understands the ACA. He’s campaigned on it,” the source said.

Marc Goldwein, a policy expert at the Committee for Responsible Budget, said Manchin has a couple of options to offer enhanced Affordable Care Act (ACA) subsidies at a lower cost. He said the federal government could cut off benefits after a certain income threshold.

Another option Manchin could explore is reversing the 2017 Donald Trump move to help cover out-0f-pocket costs for lower-income customers. Goldwein said this could raise roughly $200 billion over ten years.