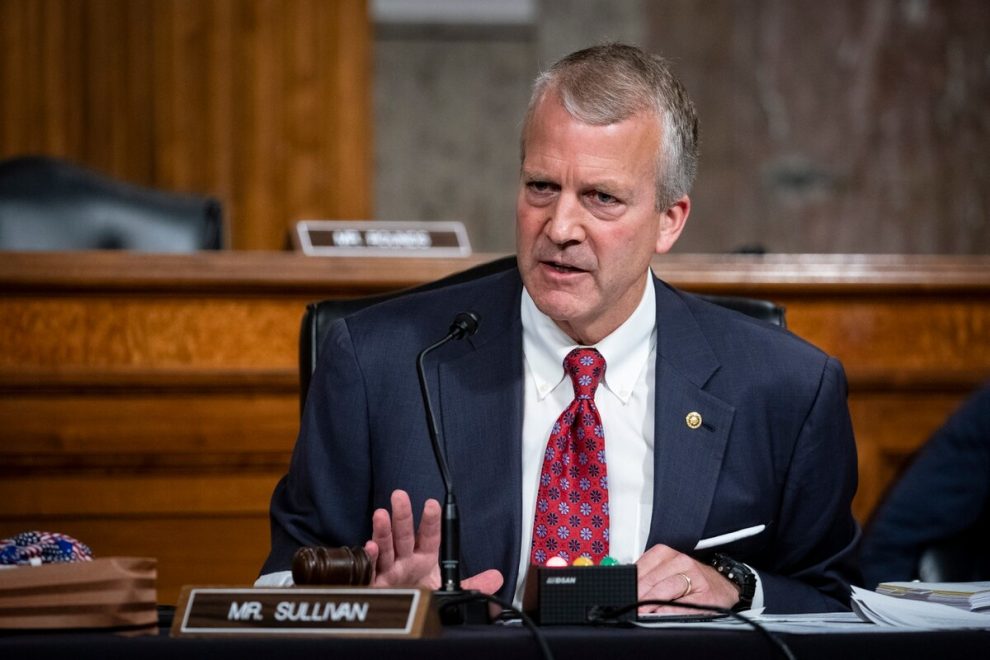 I’ve previously reported how Sen. Josh Hawley (R-MO) took Energy Secretary Jennifer Granholm apart when she tried to blame rising gas prices on Vladimir Putin’s invasion of Ukraine. Then there was Sen. Joe Manchin (D-WV) who exposed an insane announcement from the Interior Department about stopping all new oil leases. Interior Secretary Haaland also refused to tell Sen. Bill Cassidy (R-LA) whether it was environmentally better to produce oil in Venezuela or the U.S. — his point being if this is about what’s better for the environment, you’d want to produce it here. Yet the Biden team is hindering production here, while reaching out to Venezuela.

How can the Biden team claim that they are doing everything they can to bring down gas prices, if they continue on the path they have been on since Joe Biden came in — being anti-energy?

Sen. Dan Sullivan (R-AK), who comes from the oil-rich state of Alaska, blew the whistle on that by listing what the Biden Administration has done, just in the last three weeks that has impeded oil and gas production during his questioning of Energy Secretary Jennifer Granholm.

MUST WATCH: In 2 minutes, @SenDanSullivan exposes all of Biden’s attacks on US energy in the LAST 3 WEEKS pic.twitter.com/q3aj3vDI7S

“There has been a comprehensive hostility to the energy sector by this Administration,” Sullivan declared. “I watch it every day.” Sullivan detailed how prolific Alaska is for oil. But the Biden Administration and Sec. Haaland has taken half the National Petroleum Reserve in Alaska (NPRA) designated by Congress for oil and gas drilling “off the table.”

“That is not focused on increasing supply,” Sullivan said. Sullivan’s second example was Cook Inlet Basin. At the last minute, Biden canceled the lease sale,

Sullivan explained. “That is exactly the opposite of getting supply on the market.”

Finally, there was the new Council on Environmental Quality NEPA regulations that Sullivan said were meant “to kill the production of American energy.”

“That’s what you guys just did,” Sullivan concluded. “Do you have a response to any of this?” He said Biden, from day one, wanted to stop everything in the Arctic National Wildlife Refuge (ANWR), but he can’t do that because Congress has decided there should be two lease sales there. He can’t stop it.

Granholm had no real response. She couldn’t, since it was all true. Her response was basically, “It’s not my lane.”

WATCH: @SenDanSullivan torches Energy Secretary Jennifer Granholm for claiming Biden’s attacks against US energy “has nothing to do with supply”

Sullivan then asked her another, surprising question: why — when so many of our allies want to buy LNG (Liquid Natural Gas) from us — would the climate czar be discouraging our Japanese allies from purchasing from us?

I’ve heard from senior Japanese officials that White House Climate Czar John Kerry has *discouraged* them from importing clean-burning U.S. LNG. Whose side is this guy on?

In @SASCGOP, I asked Biden’s Energy Secretary Granholm if she agrees 👇 pic.twitter.com/eahvnisTw0

“I mean whose side is this guy on!” Sullivan exclaimed. Granholm said that the Administration wasn’t against LNG sales but couldn’t explain what was going on with John Kerry.

All this shows how harmful the Biden policies are for America and for our energy independence, not to mention how incompetent they all are.

But there’s something else. These exchanges between members of Congress versus Biden team people show a big problem here. If it was just about doing what was best for the environment, they wouldn’t be reaching out to Venezuela; they’d want to produce the oil here because that would be better for the environment. So, it’s not just about the environment; it’s about cutting our production. That’s why they don’t want new leases and that’s why John Kerry would be sabotaging our LNG sales.