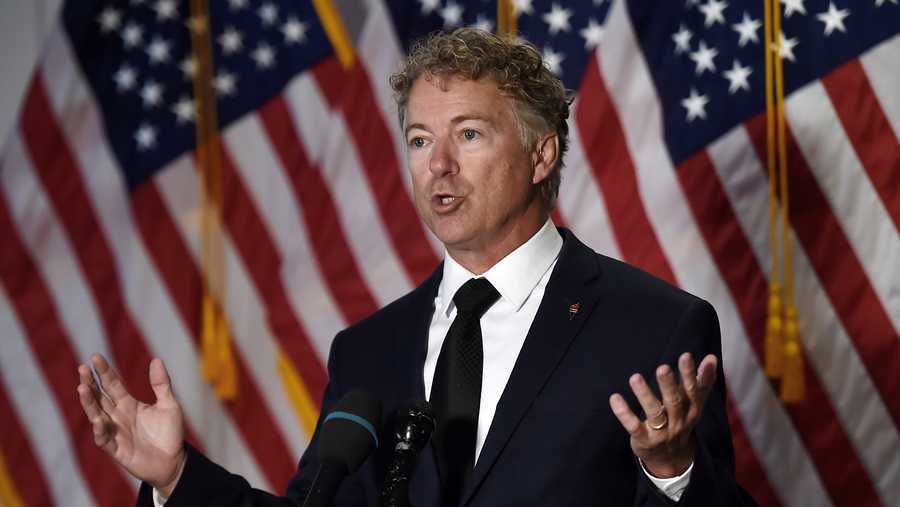 If the government wants conservatives and African Americans, two populations who have been skeptical of receiving the COVID-19 vaccine, to buy in to the program it is essential they are truthful with them to avoid further resistance, Sen. Rand Paul, R-Ky., tells Newsmax TV.

“If you want people who are skeptical of the vaccine to take it, a couple of things tell them, number one is, it’s their choice,” Paul said Tuesday on “Spicer & Co.” “In a free society, their freedom, make a choice and through persuasion, try to persuade them to take it.”

Secondly, he added: “You can’t lie to us. We’re not stupid, and the more you lie to us, the more resistant we’ll be. If you tell me that an 18-year-old absolutely has to take it the same as an 85-year-old you are lying to me. And once I know you’re lying to me, I’ll be resistant to believe everything else.”

COVID, he noted, is heavily weighted in mortality towards age so older people and those with risk factors should be first in line to be vaccinated.

Paul was critical of Dr. Anthony Fauci, director of the National Institute of Allergy and Infectious Diseases and the chief medical adviser to President Joe Biden, because Paul said Fauci has not said that a third of the public has antibodies from already having had COVID.

Though people who have COVID do have immunity for several months after they contract the virus, infectious disease experts say that immunity is not permanent and they should still be immunized to prevent reinfection.

Paul also said Fauci should be talking more about the benefits of monoclonal antibody treatments that saved the life of former President Donald Trump and others as a vital treatment of the disease once someone has contracted COVID.

Though Paul favors personal choice, he said, “No one should make me produce papers to say that I’ve agreed with somebody to have a vaccination, he added, “That being said, I’m for the vaccine, particularly for high risk individuals.”

Responding to news that the CDC and FDA has recommended a pause in administering Johnson & Johnson vaccines over concerns that six women have had complications with blood clots, Paul said again decisions should be left to individuals.

“If you’re at high risk, and it’s the one out there … I’d take whatever vaccine you get your hands on if you’re younger, and don’t have any health risk, then it’s really gonna be your choice,” he said.

In other matters, Paul responded to Rep. Rashida Tlaib, D-Mich., who tweeted on Monday in response to the police killing of Daunte Wright in Minnesota:

“It wasn’t an accident. Policing in our country is inherently & intentionally racist. Daunte Wright was met with aggression & violence. I am done with those who condone government funded murder. No more policing, incarceration, and militarization. It can’t be reformed.”

Paul wouldn’t comment on individual police shooting cases, but said, “I don’t think that police, in general, are racist.”

When police misconduct happens it should be taken care of, he said, but it is wrong to be talking about defunding the police.

At the same time I don’t want to be insensitive to any of these individual cases. Also, I don’t know the details enough to be like a juror on a trial for any of the things that have been happening,” he said. “There are so many things going on, and we do need to look at trying to make policing better in our country.”

Police are quitting over the issue, creating another problem, he noted.

“If we so vilify and categorically say they’re all racist I think that’s very inappropriate,” Paul said of Tlaib’s statement. “She ought to retract it.”