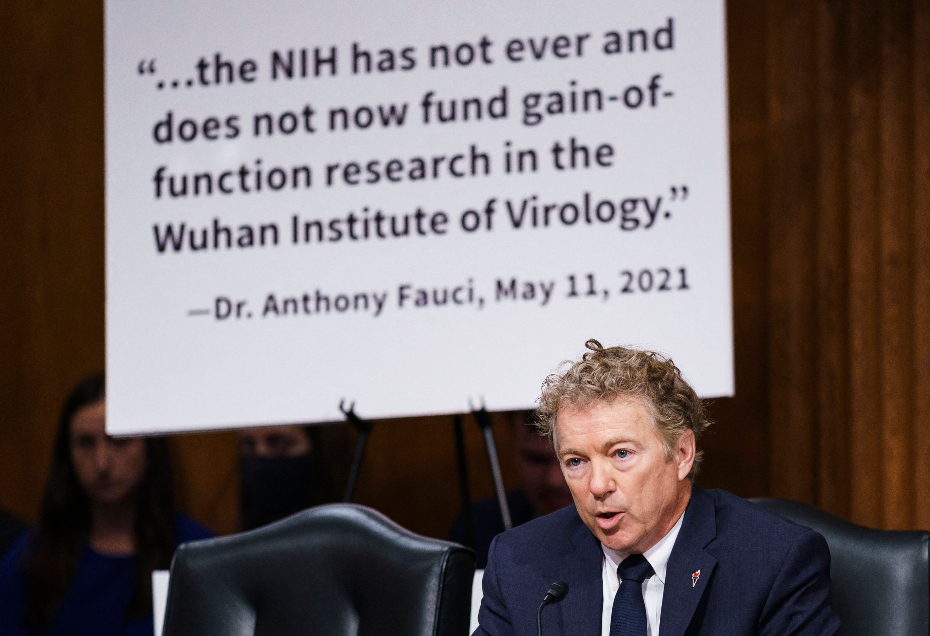 Kentucky Sen. Rand Paul accused National Institute of Allergy and Infectious Diseases Director Dr. Anthony Fauci of lying to Congress, telling Newsmax on Wednesday that “much of his dishonesty comes from elitism.”

The remarks were the latest charges leveled by the Republican senator at Fauci, specifically for denying that the National Institutes of Health funded “gain-of-function” research, experiments that were designed to increase the transmissibility of viruses, at the Wuhan Institute of Virology in China where many believe the COVID-19 virus originated.

“It is a crime,” Paul said on “Greg Kelly Reports.” “It’s a felony to lie to Congress. And without question he is lying. Yes, he funded gain-of-function research in there.

Paul said earlier Wednesday that he was asking the Department of Justice to open a criminal investigation on Fauci.

Fauci sparred with Paul on Tuesday at a Senate Health Committee hearing, with both accusing the other of lying. Paul accused Fauci of lying about authorizing funding to the WIV by the National Institutes of Health, which the NIAID is a part of, through the non-profit EcoHealth Alliance.

Specifically, he said said Fauci was lying by not admitting the type of research was for gain-of-function experimentation.

Fauci countered by calling Paul a liar, pointing his finger at him for labeling the research incorrectly and accusing the NIH of funding it.

Paul pointed to a paper co-authored by Dr. Shi Zhengli at the WIV in 2015 in which she claims to have taken a bat virus and made it transmissible to humans.

“We didn’t argue that the research involved and published by Dr. Shi…Shi didn’t admit to creating COVID,” Paul said. “So in her research, Shi created a novel virus that wasn’t known to man, did not exist in nature. It wasn’t COVID-19. We’re not saying she created and admitted it.

“We’re saying that Shi was doing the type of research that could have created COVID-19, and that may well have, and that they may not have been honest or forthcoming about it. But what we do know publicly is that Dr. Shi, the bad scientist from Wuhan, published a paper in which she lists the NIH as funding her paper. She lists the grant number for goodness sakes. So there’s no question the NIH funded it. The question that Dr. Fauci is trying to misdirect us with is that he’s saying it wasn’t gain of function.”

However, Paul insisted the Fauci was intentionally not telling the truth.

“Much of his dishonesty comes from elitism,” Paul added. “He believes that the common man’s not smart enough to know things so he may have to lie on occasion. This is what Plato called noble lies. He lies. With good intentions.”