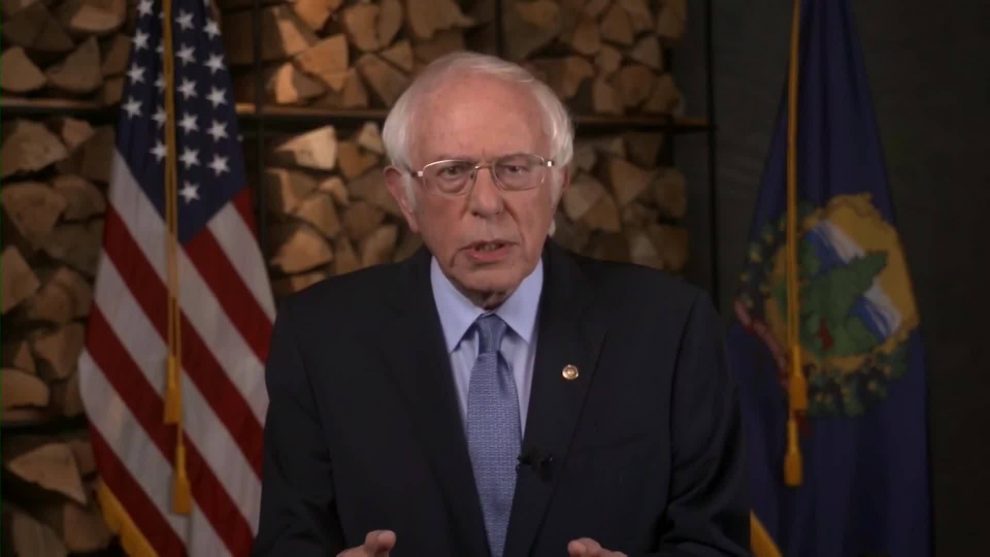 Sen. Bernie Sanders is by no means a fan of former President Donald Trump, but that doesn’t mean he feels “particularly comfortable” with Twitter’s decision to permanently ban him from the social media platform.

“Look, you have a former president in Trump who is a racist, a sexist, a homophobe, a xenophobe, a pathological liar, an authoritarian, somebody who doesn’t believe in the rule of law,” the Vermont independent lawmaker told the New York Times podcast “The Ezra Klein Show.” “This is a bad news guy. But if you’re asking me, do I feel particularly comfortable that the president, the then-president of the United States could not express his views on Twitter? I don’t feel comfortable about it.”

It may well be that Trump doesn’t even want to return to Twitter, which at first suspended his account and then slapped him with a permanent ban in January in the wake of the violence at the Capitol, reports Politico.

Trump has reportedly told people close to him that he is finished with the social media site that he used frequently over the years, with one source who has been in regular contact with the former president saying there is “not a chance in hell he gets back on Twitter.”

“He gave them his business, made it the premier app for news, debates, and gossip during his presidency and in the end, they said ‘Sayonara,'” the unnamed source said. “So no, he has zero interest in rejoining.”

Meanwhile, one of his advisers, Jason Miller, told Fox News that Trump is “two or three months” from launching his own social network, claiming it will be “the hottest ticket in social media” and that it will “completely redefine the game.”

People close to Trump told Politico that he is now taking more pleasure in gaining attention through issuing press statements, and the former president told Newsmax TV Monday that “everybody’s waiting, and I think I’m getting better and more coverage with that than I did with tweeting. I like this better than Twitter. Actually, they did us a favor. This is better.”

Meanwhile, Sanders told the Ezra Kline podcast that while he questions whether Trump should have been banned from Twitter, he doesn’t think social media websites should allow “hate speech and conspiracy theories” to go “traveling all over” the United States, or that they should allow themselves to be “used for authoritarian purposes and insurrection.”

The senator though, said he doesn’t know how to achieve that balance, and he’s concerned.

“Yesterday it was Donald Trump who was banned, and tomorrow it could be somebody else who has a very different point of view,” said Sanders. “I don’t like giving that much power to a handful of high tech people, but the devil is obviously in the details and it’s something we’re going to have to think long and hard on, and that is how you preserve First Amendment rights without moving this country into a big lie mentality and conspiracy theories.”

Sanders has often criticized Big Tech companies and called for breaking up their monopolies, and said in the interview that he has invited Amazon’s Jeff Bezos to testify at a Senate hearing on inequality this week.

“A guy who was worth $182 billion, that’s a B, $182 billion thinks he has to spend millions of dollars to fight workers who are trying to form a union to improve their wages and working conditions,” said Sanders, who chairs the Senate Budget Committee. “We need to pass legislation to make it easier for workers to join unions because if workers are in unions and can negotiate decent contracts, their wages will go up. Their working conditions and their benefits will improve. So we are working hard on that issue.”