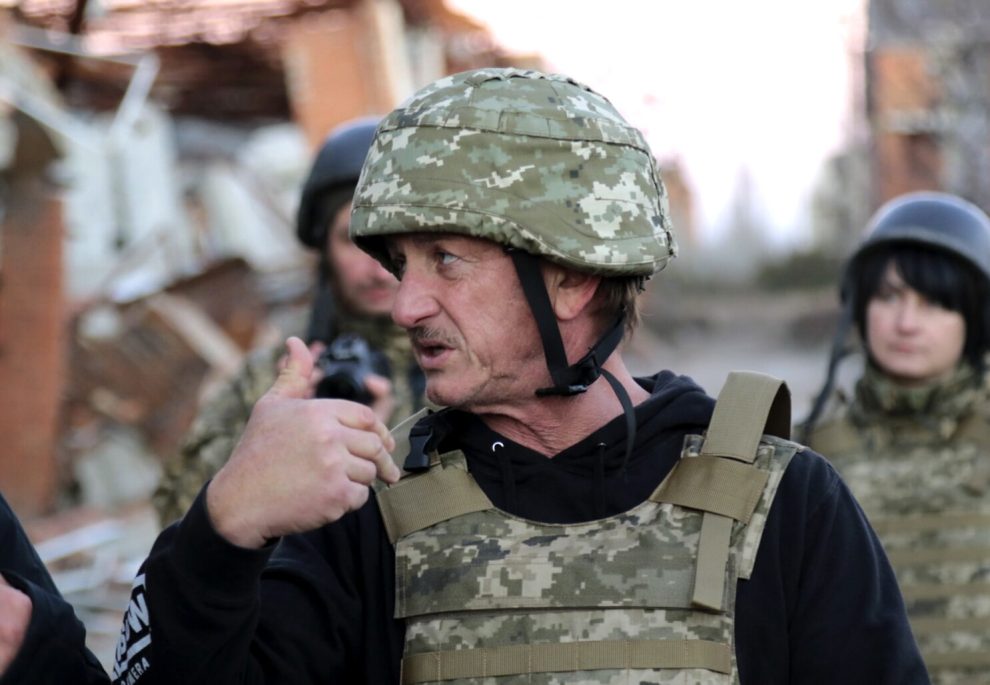 Left-wing Hollywood star Sean Penn is clearly having trouble leaving his adventures in Ukraine behind him. The Oscar-winning star has revealed he is now considering retuning to fight Russian forces.

Sean Penn expressed his desire to take up arms in a recent interview with Hollywood Authentic magazine.

“Look, my intention is to go back into Ukraine. But I’m not an idiot, I am not certain what I can offer,” he said.

“If you’ve been in Ukraine [fighting] has to cross your mind. And you kind of think what century is this? Because I was at the gas station in Brentwood the other day and I’m now thinking about taking up arms against Russia? What the fuck is going on?”

Penn said his desire to return stems in part from his own intellectual curiosity about the emotional and psychological effects of war.

“If you have seen war, and I’ve seen a little bit of it, there’s a rite of passage while you are in or near it that has to do with some basic questions you ask yourself: how would I react? Could I keep enough oxygen in my brain to make clear judgements? Are you going to be damaged by being in a war, emotionally or psychologically?” he said.

“I think that there is a certain part of my own pursuits that is influenced by those questions that on some level demand answering.”

Penn — who played an Army sergeant in the 1998 Terrence Malick movie The Thin Red Line — was recently in Ukraine to make a documentary about the Russian invasion. At the time, he urged the U.S. to join the war against Russia, saying that if we don’t take up arms “our soul as America is lost.”

Already a brutal mistake of lives taken and hearts broken, and if he doesn’t relent, I believe Mr. Putin will have made a most horrible mistake for all of humankind. President Zelensky and the Ukrainian people have risen as historic symbols of courage and principle. (1/2)

The vast majority of Americans are against major U.S. involvement in the Ukraine-Russia crisis. Only 26 percent say they want the U.S. to play a major role in the dispute, according to a recent AP-NORC poll.

Penn even urged the U.S. to accept Poland’s proposal to send Soviet-style fighter jets to Ukraine and receive replacement aircraft from the U.S. — an offer that the Pentagon had already rejected.