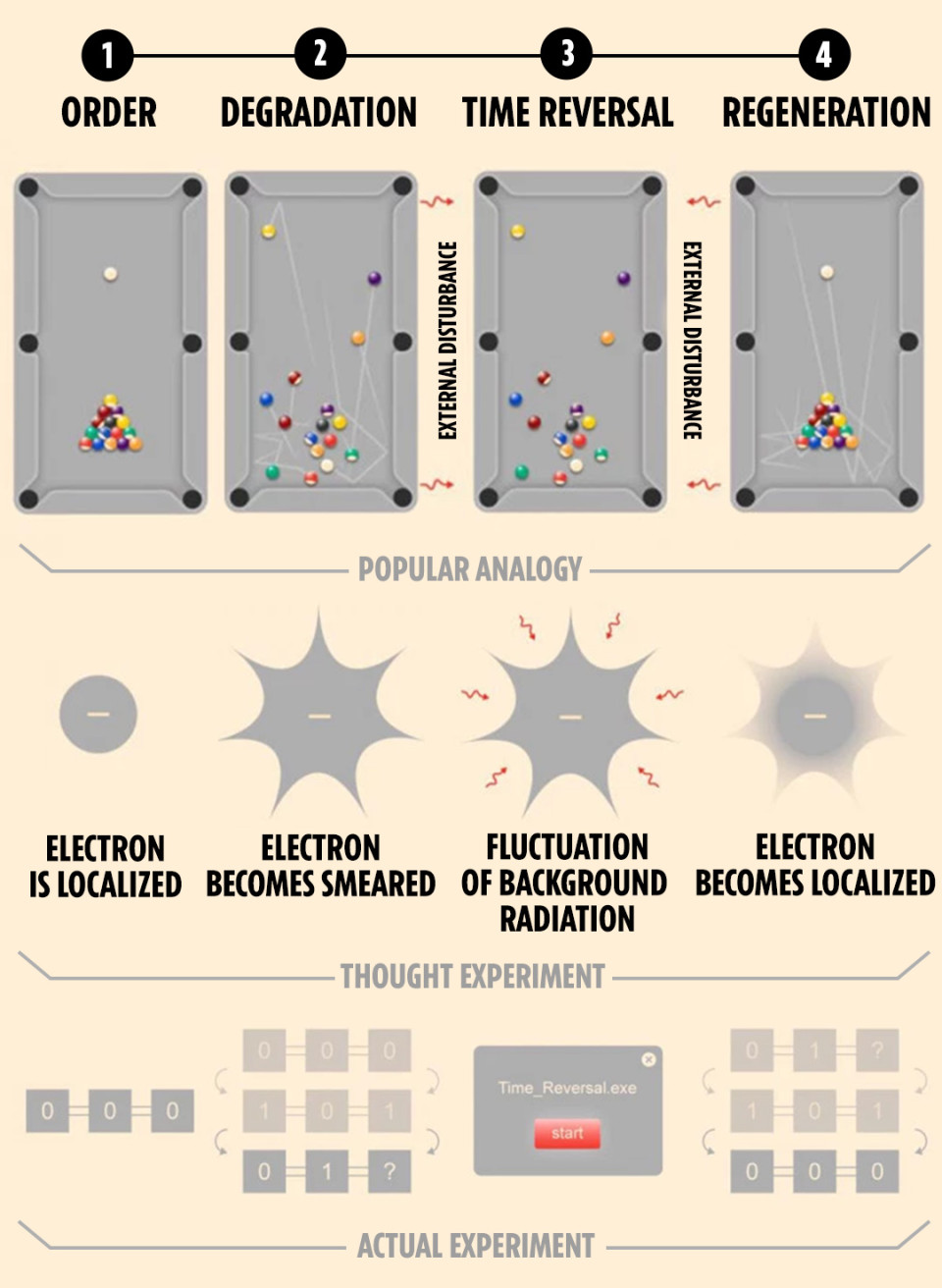 The “balls” scattered and, according to the laws of physics, should have appeared to split in a haphazard way.

But researchers managed to make them reform in their original order — looking as if they were turning back time.

Lead researcher Dr Gordey Lesovik, of Moscow’s Laboratory of the Physics of Quantum Information at the Moscow Institute of Physics and Technology, said: “We have artificially created a state that evolves in a direction opposite to that of the thermodynamic arrow of time.”

His team used a rudimentary quantum computer, which carries information on subatomic particles. He hopes their findings, in journal Scientific Reports, will help improve processing power.

Not quite Dr Who, but even Time Lords had to start somewhere . . .

So how does it work? Well the time machine is actually a rudimentary quantum computer made up of electron qubits.

A qubit is a the basic unit of quantum information – a unit that represents one, zero, and both one and zero at the same time.

Researchers ran an “evolution program”, which caused the qubits to enter a complicated changing pattern of ones and zeroes.

And during this process, the order was lost – like hitting balls at the start of a game of pool.

A separate program then modified the state of this quantum computer so that it evolved backwards, returning from chaos to order.

This allowed the qubits to return to their original starting point.

Scientists were able to perform this so-called “time reversal” successfully 85 per cent of the time with two qubits, and had a 50 per cent success rate with three qubits.