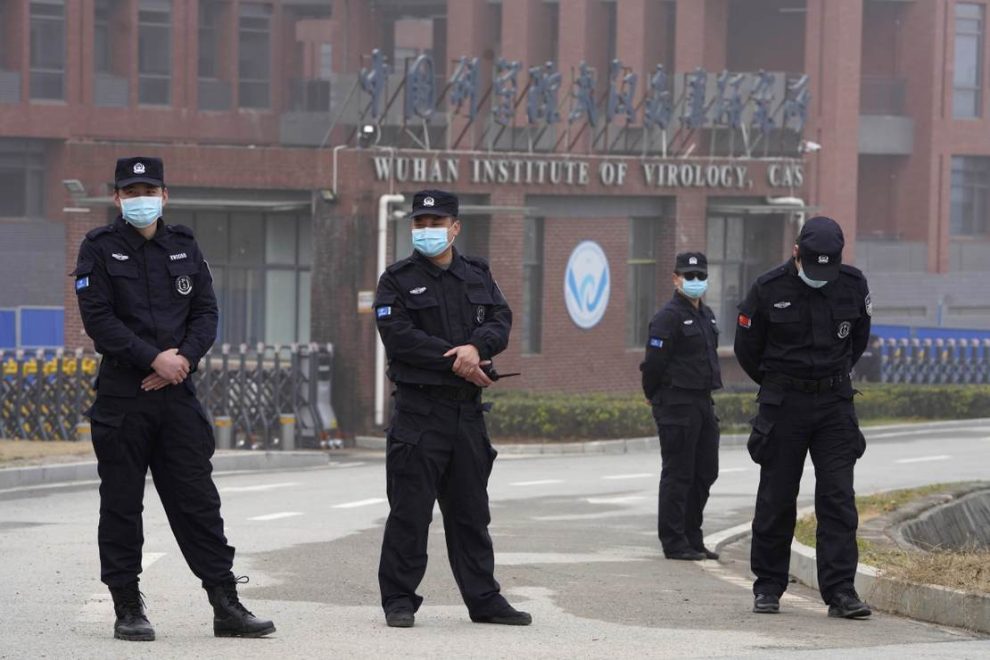 A scientist who worked for several years at the Wuhan Institute of Virology Lab in China has released a bombshell new book claiming that the COVID virus is man-made and that the subsequent cover-up by Dr. Anthony Fauci et al. was the “biggest US intelligence failure since 9/11.”

In his new book, The Truth About Wuhan (published by Simon and Schuster), former vice president of EcoHealth Alliance Dr. Andrew Huff asserts that the pandemic was caused by the U.S. government’s funding of dangerous coronavirus engineering in the People’s Republic of China. RedState was one of the first publications to discover and spotlight EHA’s gain-of-function research at Wuhan, using NIH funds, back in May, 2021.

Huff took to Twitter Saturday to note the book’s publication:

The Sun obtained an excerpt of the exposé in which Huff directly blames inadequate safety protocols for the disaster:

EcoHealth Alliance and foreign laboratories did not have the adequate control measures in place for ensuring proper biosafety, biosecurity, and risk management, ultimately resulting in the lab leak at the Wuhan Institute of Virology.

The Truth about Wuhan contains new research and a breakdown of how and why the development of COVID-19 in the United States and China was supported by the US government to collect intelligence on laboratories in China. Dr. Huff, an expert in the fields of bioterrorism and bio warfare, is a whistleblower who will show why the reasons the lab leak was covered up are incorrect. He worked on the classified research side of the program as a US government scientist. He knows the real how and why COVID-19 emerged.

If he’s right, this is pretty mind-blowing stuff, even if many of us have suspected it all along. Huff also points his finger at the Famous Dr. Fauci, who since day one of this plague has aggressively denied that the virus came from a lab (though he’s recently said he has an “open mind”), while also refuting Kentucky Sen. Rand Paul’s charges that he approved funding for “gain-of-function” research.

The Truth about Wuhan also shows how and why Dr. Anthony Fauci is intricately involved in the COVID cover-up; how scientists like EcoHealth Alliance president and CEO Dr. Peter Daszak rose to power and used their influence to corrupt science and the COVID origin investigation; and how the intelligence community likely orchestrated the cover-up with Dr. Anthony Fauci.

Sen. Rand Paul and Dr. Anthony Fauci got into another heated exchange at a Senate hearing over Dr. Fauci's past testimony over gain-of-function research. https://t.co/0up2wRn6oL pic.twitter.com/Fls6gAJHPj

Evidence that COVID was genetically-engineered has been piling up in recent months, most recently a US Senate committee report released in late October that concludes that the pandemic most like was “the result of a research-related incident associated with coronavirus research in Wuhan, China.” Even the head of the World Health Organization reportedly believes COVID did come from a lab after a “catastrophic accident.”

Dr. Huff also writes about the intense blowback he received from the U.S. government, which waged a “psychological operation” against him to shut him up.

I put on the white hat in 2020. I was censored and banned, and the DOD, FBI and MSP came after me, and like I said I went to the FBI over a year ago and they declined to investigate, Congress refused to act. Not much else I could do. So I wrote the book. Cheers.

Expect the Fauci-ites to explode over these new revelations, and claim that Dr. Huff is a just tin foil hat conspiracy theorist and that his book is full of lies. I cannot personally vouch for the information he provides but the fact that he was a vice president at EcoHealth Alliance and worked at the actual lab in Wuhan gives him an air of credibility.

I certainly believe him more than I do Phony Fauci, who has repeatedly been caught lying. Hopefully, this book will shine new attention on the origins of the virus that destroyed so many lives, and give even more incentive for Congress to investigate the h*** out of the Fauch and the rest of his gang.

So you wait to write a book that you will profit from instead of going directly to congress, media outlets while we were debating this the last two years. Tell us why you waited until your book came out to put on the white hat?