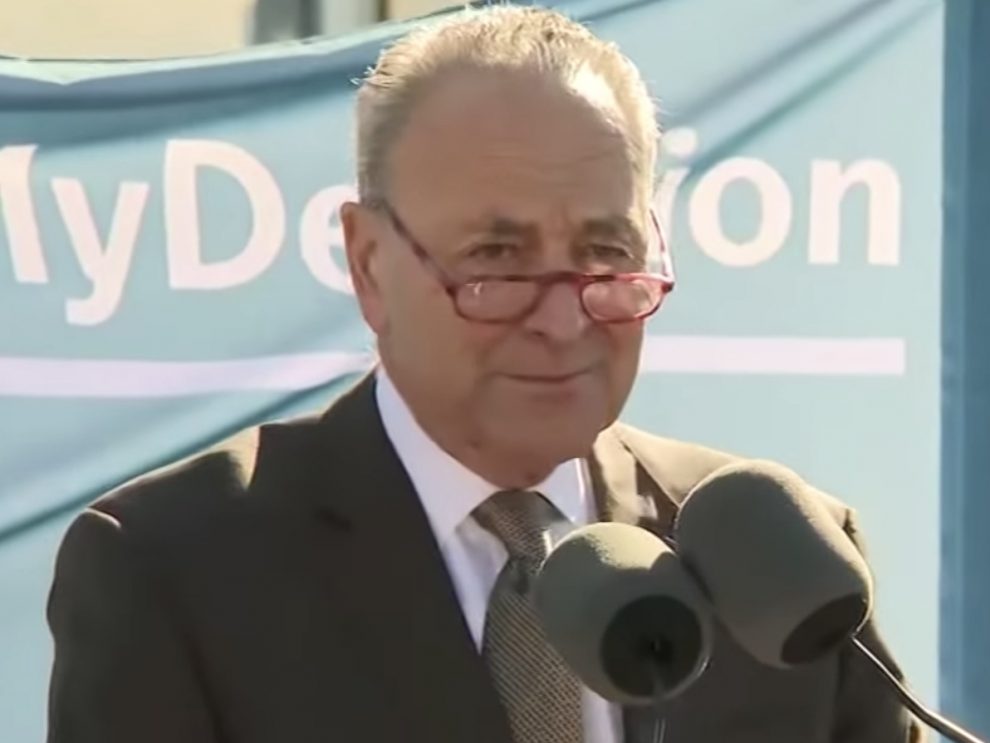 During a speech about the abortion case before the Supreme Court on Wednesday, Senate Minority Leader Chuck Schumer (D-NY) stated to Supreme Court Justices Neil Gorsuch and Brett Kavanaugh, “you have released the whirlwind and you will pay the price. You won’t know what hit you, if you go forward with these awful decisions.”

Schumer said, “Now, we stand here today because behind me, inside the walls of this court, the Supreme Court is hearing arguments, as you know, for the first major abortion right cases since [Justice] Kavanaugh and [Justice] Gorsuch came to the bench. We know what’s at stake. Over the last three years, women’s reproductive rights have come under attack in a way we haven’t seen in modern history. From Louisiana, to Missouri, to Texas, Republican legislatures are waging a war on women, all women, and they’re taking away fundamental rights. I want to tell you, Gorsuch, I want to tell you, Kavanaugh, you have released the whirlwind and you will pay the price. You won’t know what hit you, if you go forward with these awful decisions.”