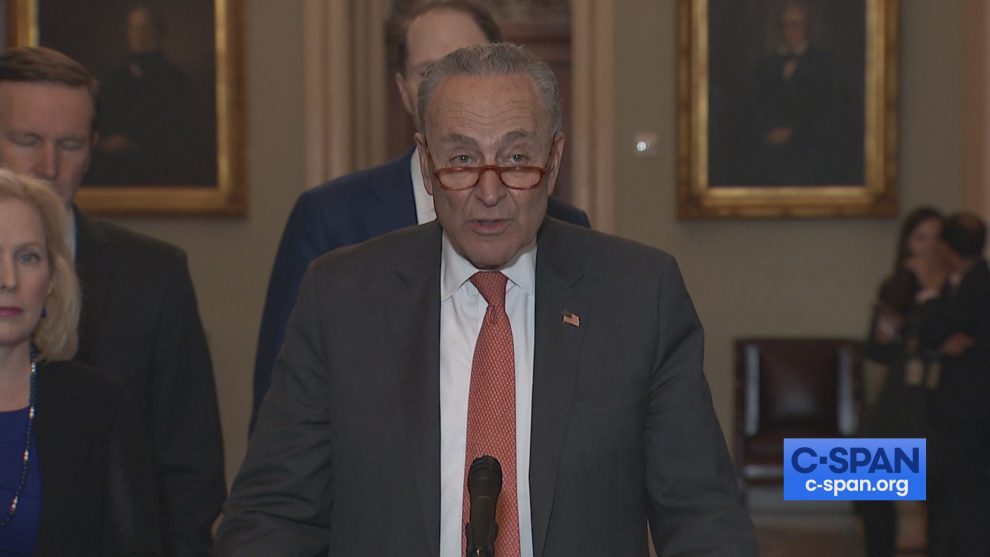 Tuesday during remarks carried live on CSPAN,  Senate Minority Leader Chuck Schumer (D-NY) said the Democrats were worried about President Donald Trump’s “incompetence and lack of focus” regarding the fight against the spread of coronavirus.

Now, I’m going to be blunt. We are very worried about the president’s incompetence and lack of focus on fighting the spread of coronavirus. We believe that his lack of focus, his hamstringing efforts to address this public crisis, and inflicting pain on the stock market. One word could describe thus far the administration’s response, incompetence.”

He continued, “The best way we would tell the president, the best way to ensure economic security right now for the American people is to focus on fighting the illness and the spread of the illness. Ask any CEO today what they want most. I’ll bet they tell you they want the coronavirus to be contained. What doesn’t help stop the spread of the coronavirus is more corporate tax cuts. Here’s what we’re worried about, that the president will pay attention to the special interests instead of the people.”

He added, “Let me tell President Trump what does stop the spread of coronavirus, steady smart scientific and competent leadership from the government. President Trump and his administration should be putting people before corporations.”