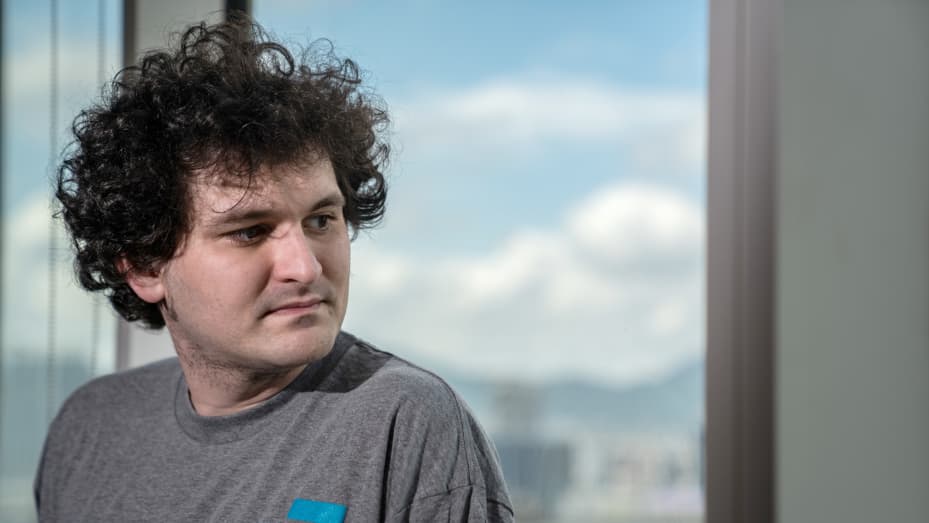 FTX founder and accused crypto-crook Sam Bankman-Fried met with senior White House officials on at least four occasions in the months leading up to his firm’s massive implosion, Bloomberg reports.

On Sept. 8, SBF met with senior Biden adviser Steve Ricchetti in a previously unreported encounter, White House officials familiar with the matter said. The meeting was “the latest in a handful of sessions,” according to the report.

Bankman-Fried had at least three others previously disclosed in White House visitor logs. They include one April 22 and another May 12, each with Ricchetti, and one a day later, on May 13, with Bruce Reed, another senior Biden aide, officials confirmed. The final meeting is recorded in logs as two meetings held back-to-back, but was one meeting, officials said. Some of the prior White House meetings included others from FTX. -Bloomberg

What’s more, Bankman-Fried’s brother, Gabriel, held a March meeting of his own and was also at the May 13 meeting – bringing the total number up to five meetings that involved one or bother brothers.

I am sure he called the main line and spoke to an operator to get through.

According to one source, “politics” were not discussed despite SBF being a Democrat megadonor credited as a major factor in President Biden’s 2020 win. Instead, the brothers allegedly talked about general matters related to the ‘crypto industry and exchanges,’ as well as “pandemic prevention related to the foundation, Guarding Against Pandemics, run by Gabe Bankman-Fried,” according to an official.

"One person familiar with the meetings, speaking on condition they not be identified, said that politics was not discussed at the White House meetings."

SBF now faces several criminal charges related to the collapse of FTX. His ties to Washington have come under the microscope since the collapse of his exchange – as Bankman-Fried gave millions of dollars to Democratic politicians – becoming the party’s second-largest individual donor in the 2022 session.

One person familiar with the meetings, speaking on condition they not be identified, said that politics was not discussed at the White House meetings.

While Bankman-Fried, or SBF as he’s known, lived in the Bahamas, he made frequent trips to Washington — testifying before Congress and meeting with key regulators, including the Securities and Exchange Commission and the Commodity Futures Trading Commission, as well as with White House officials. -Bloomberg

According to US prosecutors, SBF allegedly conspired with others to use corporate funds and shadow donors for political contributions, and illegally commingled billions of dollars of customers’ funds lent to his trading arm, Alameda Research.

This is fucking disgusting and proves outright corruption. White House met with bankman-fried (SBF) before the FTX collapse. https://t.co/9s8FhKU24M