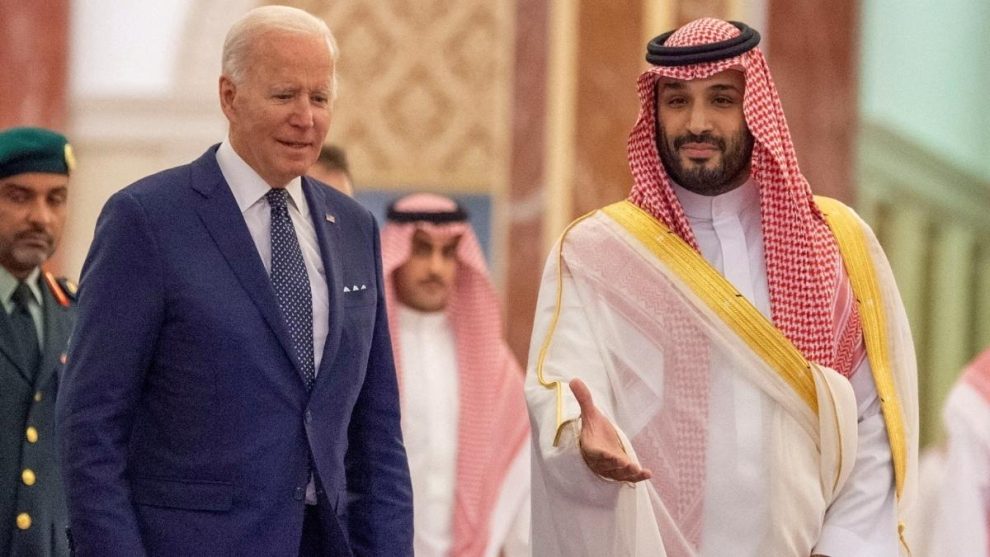 During an interview aired on Friday’s edition of CNN’s “Situation Room,” Saudi Minister of State for Foreign Affairs Adel al-Jubeir, who was inside President Joe Biden’s meeting with Saudi Crown Prince Mohammed bin Salman, refused to commit to boosting oil production, denied Biden pressed them on the issue, and argued that “The problem of gasoline in the United States is more a function of the lack of refining capacity in the United States than a shortage of actual crude oil.”

Host Wolf Blitzer asked, “Did President Biden ask you, Saudi Arabia, to increase oil production with the hope that it would reduce the price of gasoline in the United States?”

Al-Jubeir answered, “Not in — with specificity because the president knows that [the] energy issue is an issue of supply and demand. It’s an issue of balancing markets. Saudi Arabia’s committed to ensuring stability in the oil markets. The U.S. government is aware of this. The issue of increases in prices of gasoline that we’ve seen recently are really a function of geopolitics and psychology more than they are about fundamental supply/demand. The problem of gasoline in the United States is more a function of the lack of refining capacity in the United States than a shortage of actual crude oil.”

Blitzer then asked, “But is Saudi Arabia ready to increase oil production?”

Al-Jubeir responded, “Saudi Arabia has made it very clear over the past decades that it seeks to [ensure] market stability, that it looks at the fundamentals of supply and demand, and that it works within OPEC and now within OPEC-plus to ensure that the markets are adequately supplied with crude oil. Saudi Arabia has increased its oil production over the past year substantially in accordance with the demands of the market, and this is a situation that is continuously being assessed by our Energy Ministry and by experts in this area to determine whether or not more oil is required or less oil is required.”

Blitzer then cut in to ask if Biden “pressed” the Saudis on this issue.

Al-Jubeir answered, “No, the president doesn’t press us on this issue. The president is aware that Saudi Arabia is keen on maintaining stability in the markets. Wolf, the President did not come here to press Saudi Arabia. The President came here to have a meeting with one of America’s most important allies in the world and in the region. We face common challenges that we need to work together in order to overcome. There are many opportunities for us that we want to avail ourselves of. He came here to consult on the various issues and how we can move forward in order to ensure that the next 80 years are as positive as the previous 80 years in our relationship.”