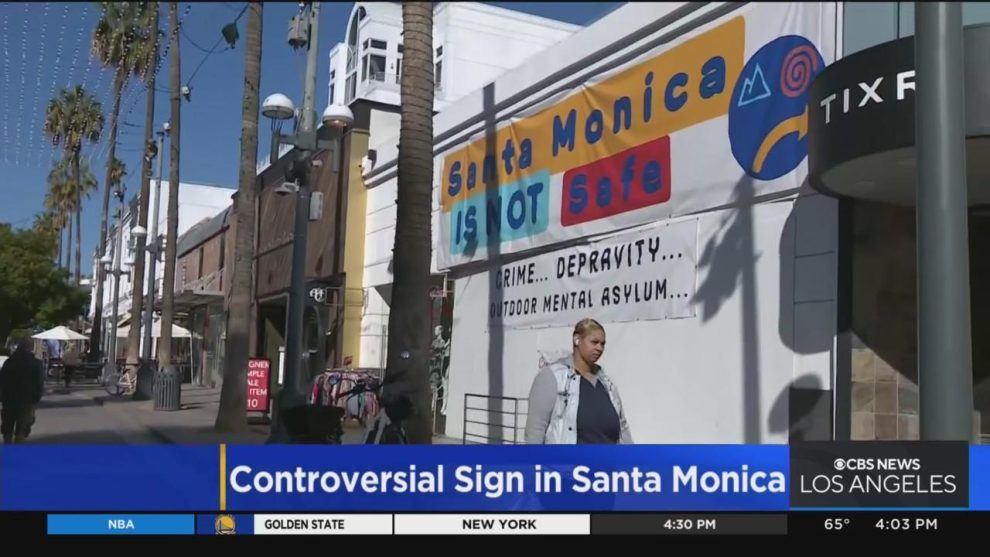 A walk down Vine Street isn’t supposed to be an adventure. Just interesting.

When my family moved to California we did all the tourist stuff. Disneyland, the Santa Monica pier, and Hollywood and Vine. I don’t recall my dad having his head on a swivel watching hazards and guarding against potential attacks from behind, all while the family glanced down at the sidewalk.

We went to see a play at the Pantages Theater, which is located on Vine. Our walk was punctuated by looking down at the stars and at the homeless. Although it was a rainy and cold Tuesday night, there were a lot of them.

We passed one guy with crazy eyes. He was walking toward us, wearing a blanket. Vine is wide so there is a lot of room to move. We gave him plenty of room but when we passed, he started to turn around. I turned too. Instead of having my back to him, he was looking at my shoulder and I was looking at his eyes. He stopped, stared, and moved on.

Next, we saw a guy sitting on the ground wearing underwear. He was shaving his legs. There were lots of sleeping homeless in doorways. Then, the lean-tos and tarps. They were on the side streets, next to the “Hollywood Stars”. Back on Vine, one guy was waddling down the sidewalk and then, waddled into traffic. He was waddling because his pants were around his knees.

The two family members with us used to live in Santa Monica. By the time they left four years ago, Santa Monica was flooded with aggressive homeless people demanding money and yelling at shoppers. We walked with them to the beach many times and it was rare not to get yelled at by a homeless dude. Back in 2018, the homeless were sleeping on the streets, sleeping in doorways, pooping on residential lawns, and camping on the beach.

When COVID hit, the only place they were kicked out of was the beach area. Health officials knew that COVID was a billion times more likely to sneak up on people on the beach and knife them with an infection.

So what is it like in Santa Monica now? It depends on who you ask. If you ask Los Angeles Times reporters reviewing statistics, Santa Monica is a relative garden of Eden. The Times did a dive into police calls and, according to their review, it’s trending down. It spiked during the George Floyd riots when rioters looted and burned the city. But forget about that. The Times wants you to know that statistics show that it is so much better now. Police responses, arrests, and encounters are down.

There is a group of Santa Monica businesses and residents who see it differently. They’ve witnessed a lot of aggressive homeless, sex workers, and drug dealing. They want the world to know that there is a problem. They put up a sign that says:

Santa Monica IS NOT safe,” it reads, above a second sign with the words “Crime … depravity … outdoor mental asylum.”

The city of Santa Monica disagrees:

“We care deeply about the success of Santa Monica businesses. It’s sad that a small group of landlords are working against our collective success through signage at the very moment when small businesses are welcoming holiday customers.”

A month ago, my colleague Bob Hoge wrote about Santa Monica now being one of the most dangerous cities in California.

My relatives returned from their trip to Santa Monica and they didn’t have statistics to report – just what they saw. How was it?

There are lies, bad lies, and statistics. So don’t believe your lying eyes, Santa Monica is a Garden of Eden. Hollywood and Vine? A paradise. Just ask the guy with his pants around his knees.