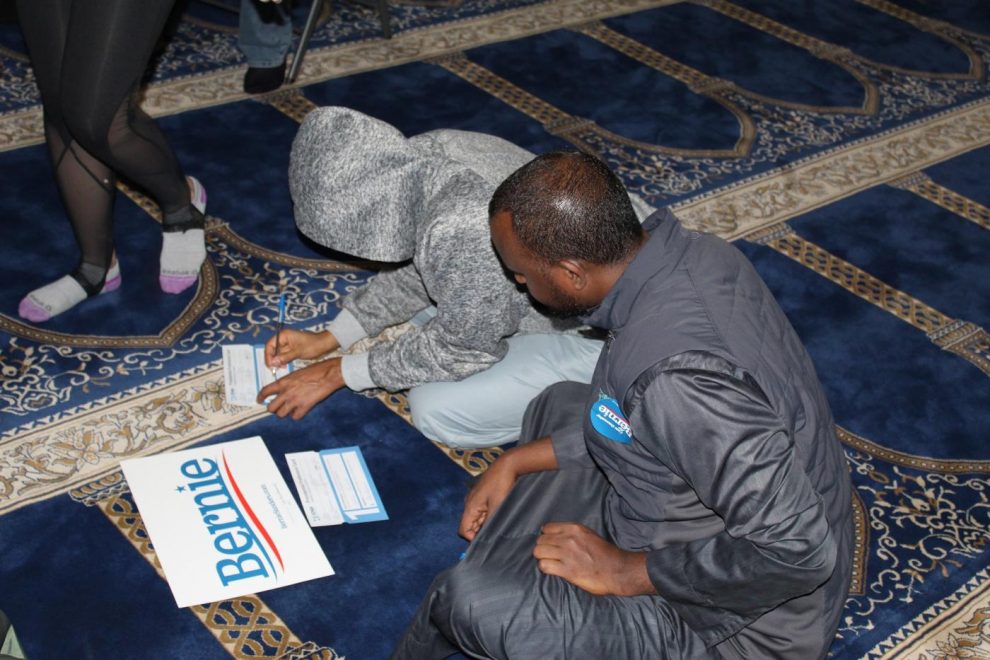 Emgage PAC, which calls itself the biggest Muslim political action committee in the country, is throwing its weight behind Bernie Sanders.

The organization, which has chapters and affiliates in 11 states, is the latest in a series of high-profile Muslim groups and elected officials to endorse the Vermont senator.

“More than any other presidential candidate, Sen. Sanders has built a historically inclusive and forward-thinking movement: one that represents America as a set of ideas grounded in the belief that all humans are equal and worthy of a dignified life,” he said. “Our endorsement is intended to galvanize Muslim Americans at the polls to ensure that our voices are heard.”

Sanders was one of only two 2020 candidates to attend a presidential candidate forum co-hosted by Emgage at the Islamic Society of North America’s annual convention. That didn’t go unnoticed by Muslim leaders, who have argued that most of the 2020 contenders have all but neglected them.

“From where we’re sitting and what we’ve seen, it doesn’t seem that any major candidate has reached out in the same way,” Alzayat said.

Sanders’ relationship with Muslim voters contributed to his upset victory in Michigan in the 2016 presidential primary. This year, Sanders has won the support of Reps. Ilhan Omar and Rashida Tlaib, the first two Muslim women elected to the House.

“It is an honor to receive this endorsement from Emgage Action,” Sanders said in a statement. “While Donald Trump has demonized our Muslim communities, our movement is working to bring Muslims and people of all backgrounds into the political system. Together we will create an economy, justice system and immigration system that are rooted in human rights for all.”