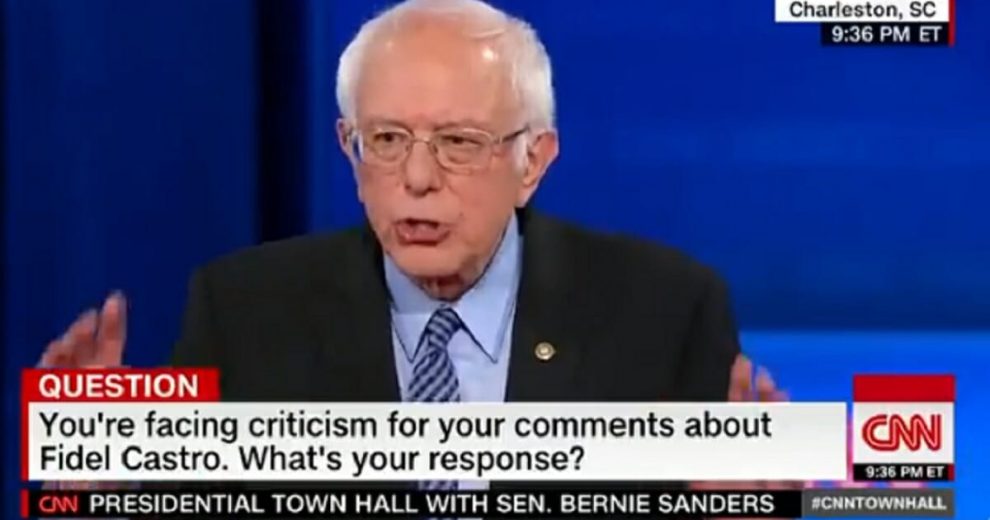 It was on Sunday when the socialist senator from Vermont made headlines as the CBS program “60 Minutes” aired an interview that showed him praising communist dictator Fidel Castro, who ruled Cuba with a murderous hand for nearly 50 years.

On Monday, Sanders not only doubled down on supporting Castro, he brought in China’s communist dictatorship, too.

The moment came during a CNN town hall, when the network’s Chris Cuomo asked Sanders to explain his “60 Minutes” praise of Castro the killer. Cuomo, whose liberal sympathies are no secret, noted that Cuban-Americans in Florida — a must-win state in the general election — were not happy with Sanders’ response on the program.

Sanders didn’t do himself any favors — or give much help to Democrats hoping to convince the American public the party hasn’t gone completely crazy.

All States Should Have Stay at Home Orders, Won’t Get Into Federalism Issue on National Order CNN Host Chris Cuomo Tests Positive for Coronavirus Harvard/Harris Poll: 5-in-6 Americans Want to End Immigration from Mexico

“The response was that when Fidel Castro first came to power … he initiated a major literacy program,” Sanders said.

“There’s a lot of folks in Cuba at that point who were illiterate, and he formed a literacy brigade … they went out and they helped people learn to read and write.

Bernie Sanders stands by his qualified praise of Fidel Castro's regime in Cuba: "(Castro) went out and they helped people learn to read and write. You know what, I think teaching people to read and write is a good thing" https://t.co/WEiDzKKvfb #CNNTownHall pic.twitter.com/yJLLUDApde

“You know what? I think teaching people to read and write is a good thing. I have been extremely consistent and critical of all authoritarian regimes all over the world, including Cuba, including Nicaragua, including Saudi Arabia, including China, including Russia. I happen to believe in democracy, not authoritarianism.

As Media Layoffs Grow, Industry Pleads For Urgent Relief Trump Asks Medical Supply Firm 3M To Stop Selling N95 Respirators To Canada AOC: Send Everybody a Check – If They Don’t Need It We’ll Take It Back Next Year

“But, you know, you can’t say — China is another example. China is an authoritarian country, becoming more and more authoritarian. But can anyone deny — I mean, the facts are clear, that they have taken more people out of extreme poverty than any country in history.”

As should be expected from leftists — and hypocritically wealthy leftists in particular — Sanders left out a few crucial points.

Of course, totalitarian regimes are efficient — governments that treat their citizens like cogs in a machine as a matter of course can be good at accomplishing many goals that involve controlling human behavior, such as initiating “literacy brigades.” (Goals like, say, growing food are a different matter.)

They are also extremely good at crushing the rights and hopes of those who are unfortunate to live under their rule — which is why millions of desperate Cubans have risked their lives escaping their island prison to get to freedom in the United States.

And this is why I’m #NeverBernie. He cannot help himself but praise authoritarian far-left dictators and regimes.

Castro was horrible to the people. My friend fled Cuba because they had no food and could only get certain foods after standing in line for hours on certain days. Her family was starving. No @BernieSanders Castro was an awful dictator.

Even the obscenely liberal former South Bend, Indiana, Mayor Pete Buttigieg saw the problem. (Granted, Buttigieg is competing with Sanders for the nomination so he had his own reasons for attacking, but even a stopped clock is right once a day.)

“Why are we spotlighting the literacy programs of a brutal dictator, instead of being unambiguous in our condemnation about the way he has treated his own people?” – Pete Buttigieg on Sanders’ praise for Fidel Castro’s efforts to spread literacy in Cuba https://t.co/gLtSkaAtkK pic.twitter.com/GmB72hW2Jp

And as for Sanders’ praise for the even-more-murderous communist regime in China, it’s might be true that the Chinese have been lifted out of “extreme poverty,” but it’s demonstrably true that capitalism, the system Sanders despises, has lifted the entire globe out of extreme poverty.

As Heritage Foundation researcher Anthony Kim wrote in a 2018 piece for The Daily Signal:

“Prosperity has not arisen from the beneficence of some good king or a benign technocracy of experts, let alone socialism. Rather, it is the result of the hard work and innovative entrepreneurship of those who have demanded and exercised the fundamental freedom to decide for themselves how to live their lives under free-market capitalism.

“The free-market capitalist system, whose growth is so well documented in The Heritage Foundation’s Index of Economic Freedom, has empowered countless individuals around the world by giving them more choices and opportunities. Reforms that enhance economic freedom have enabled hundreds of millions to escape poverty and countless others to enjoy levels of prosperity never before seen.”

And socialism — the system Sanders and so many of his young, foolish followers espouse?

“No cause, ever, in the history of all mankind, has produced more cold-blooded tyrants, more slaughtered innocents, and more orphans than socialism with power. It surpassed, exponentially, all other systems of production in turning out the dead,” former University of Pennsylvania professor of history Alan Charles Kors wrote in a 2003 commentary for the The Atlas Society.

As of Tuesday, Sanders is the undisputed leader in the 2020 Democratic field after his convincing win in the Nevada caucuses on Saturday.

Even before Sanders’ foolishly cavalier praise for Cuba’s dictatorship, that reality already had establishment Democrats wringing their hands.

After that “60 Minutes” interview aired, it only got worse as Florida Democrats weighed in:

Joe Biden: No Deportations for Any Criminal Illegal Aliens in My First 100 Days Trump suspends all travel from Europe to US California Governor Issues ‘Stay at Home’ Order for Residents

But if this is the ground Sanders chooses to fight on — doubling down on the despotic regime of the late Fidel Castro (who is now likely somewhere a good deal hotter than the hottest Cuban summer), and praising the tyrants of Red China — he’s only going to lead the Democrats to an electoral debacle in November.

From a strictly political point of view, that’s a plus for President Donald Trump and the tens of millions of Americans who want to seem him win a new four-year term.

But for the country as a whole, to know one of its major political parties — a party that produced anti-communist presidents like Harry Truman and John Kennedy — has embraced the rule of tyrants in return for “literacy brigades,” anti-poverty programs or the prospect of student loan forgiveness and “Medicare for All,” it’s simply a disgrace.

And one that gets worse by the day. 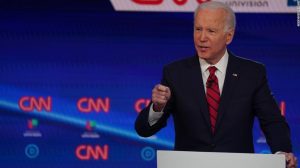 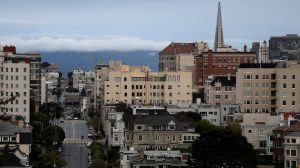 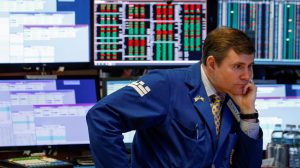