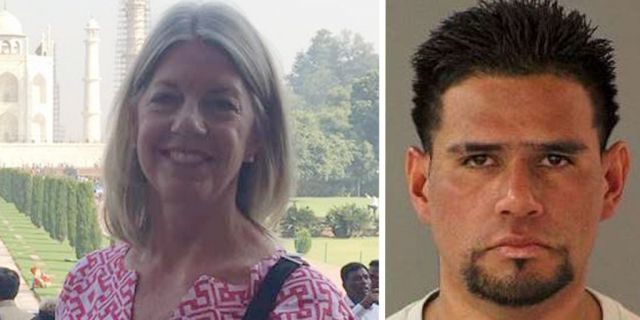 The contentious debate over sanctuary counties continues as a Bay Area city plans to change its sanctuary city policy after an undocumented immigrant with a long criminal history was arrested for the murder of a woman.

“We’re not here to shield the gangster, the violent criminal or the serious offender,” Garcia said. “And we need to get that policy changed.”

The announcement comes on the heels of one of the city’s most heinous crimes.

Police arrested Carlos Eduardo Arevalo Carranza Monday after a 12-day manhunt. He’s accused of killing Bambi Larson in what investigators described as one of the most gruesome and disturbing murders in recent memory.

Carranza is an undocumented immigrant from El Salvador and U.S. Immigration and Customs Enforcement said cities and counties ignored it’s requests to detain him for deportation after having prior arrests.

The chief said it is time to work with ICE more closely when it involves violent criminals.

“If I have to oppose policies that hinder my ability to keep my city safe, then that’s something I have to do,” Garcia said.

“Regardless if you’re an immigrant or not, you should not be subjected to double punishment by being turned over to ICE,” Director for SIREN Priya Murthy said.

An activist group of immigrant moms, called Mama’s Unidas, said it does not want violent criminals released to their streets or deported.

The group’s leader said deporting them is like sending the criminals to victimize innocent families abroad and would prefer undocumented immigrants deported to a deserted island.

Regardless of the outcome, San Jose is back at the center of the national sanctuary debate.