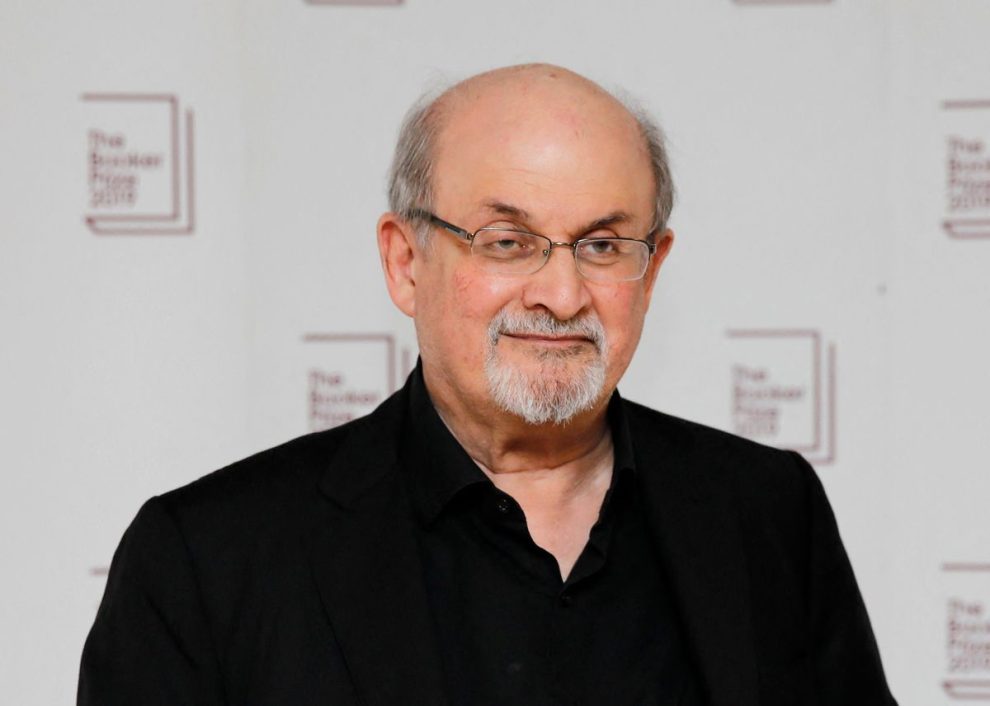 Rushdie is on a ventilator following several hours of surgery, according to Reuters, and his agent said that the novelist will likely lose an eye.

UPDATE: Novelist Salman Rushdie is on a ventilator following hours of surgery after being stabbed in the neck and torso at a lecture.

The suspect in the attack on Rushdie is 24-year-old Hadi Matar of Fairview, N.J. Matar is reportedly a Muslim extremist who posted his support of Shia Islam and the Iranian regime on social media recently.

Photos & information have emerged about the Muslim extremist suspect accused of repeatedly stabbing author Salman Rushdie (he was accused of blasphemy) in western New York. Suspect Hadi Matar, 24, of Fairview, NJ, had multiple posts in support of Iran & Shia Islam on Facebook pic.twitter.com/b1cGxm00Qc

Novelist Salman Rushdie was stabbed on stage preparing to give a speech in Chautauqua, New York, on Friday.

According to Fox News, an unknown assailant stormed the Chautauqua Institution and began “punching or stabbing” Rushdie during his introduction.

Rushdie has lived under constant threat of murder since 1989, when Iran’s Ayatollah Ruhollah Khomeini issued a death fatwa against the author of The Satanic Verses.

Little else is known of the attack, other than Rushdie fell to the floor and that the attacker was quickly restrained.

More details as they become available.

UPDATE 9: A few details on the alleged attacker.

The man who attacked Salman Rushdie is a 24 year old who lives in West New York, NJ.

Right after the assault on Salman Rushdie, somebody sent this to JKR: https://t.co/mqihTatZRM

“JKR” is writer J.K. Rowling who believes that women are women.

UPDATE 6: Local police say Rushdie suffered a stab wound to the neck. No other details.

BREAKING: Author Salman Rushdie has been reportedly stabbed on stage before a lecture in New York. pic.twitter.com/E8XRkTEv7f

UPDATE 4: The US Sun reports, “According to images from the scene, there were splatters of blood on the walls in the Chautauqua Institute after the attack on author Salman Rushdie just before his lecture.”

“We can think of no comparable incident of a public violent attack on a literary writer on American soil,” CEO Suzanne Nossel said in a statement.

“Salman Rushdie has been targeted for his words for decades but has never flinched nor faltered,” she added.

Still no word on Rushdie’s condition.

UPDATE 2: “‘We are dealing with an emergency situation. I can share no further details at this time,’ a Chautauqua Institution spokesperson said when contacted by Reuters.”

The late Christopher Hitchens sheltered Salman Rushdie in his D.C. apartment for years. The contrast between he and those PEN protestors is quite the chasm. (I’ve spoken at Chautauqua. Security is good but it’s not hard to imagine a would-be killer getting over the fence) https://t.co/z1YO7GznsB