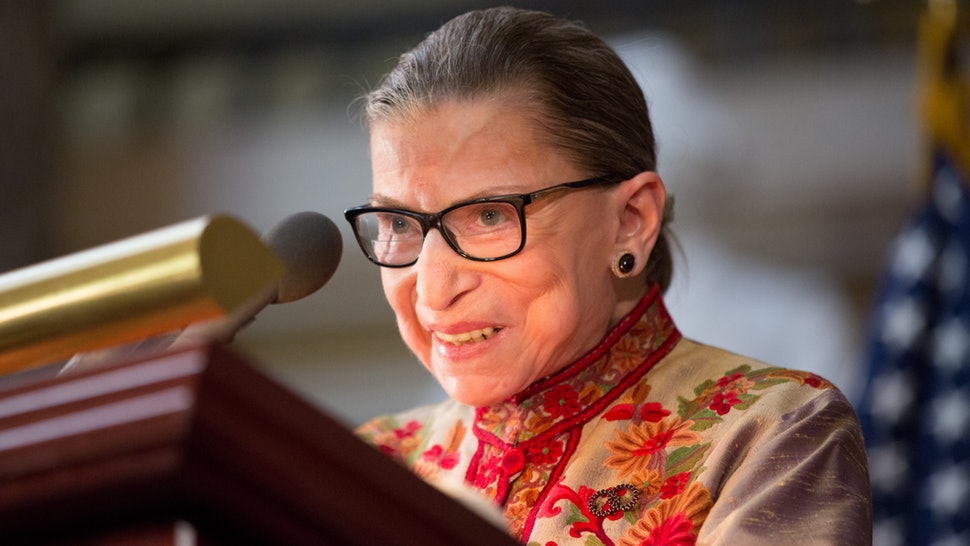 Celebrated liberal U.S. Supreme Court Justice Ruth Bader Ginsburg argued in an opinion released Tuesday that a pregnant woman is not a “mother.”

“[A] woman who exercises her constitutionally protected right to terminate a pregnancy is not a ‘mother’,” Ginsburg wrote in a footnote, which in turn responded to another footnote in the 20-page concurring opinion by Justice Clarence Thomas in the Box v. Planned Parenthood of Indiana and Kentucky Inc. case.

As Breitbart News’ legal editor Ken Klukowski reported, the case concerned a law signed by then-Governor (now Vice President) Mike Pence of Indiana in 2016, which required that the remains of an aborted fetus (or baby) be disposed of by cremation or burial. The law also prohibited abortion on the basis of sex, race, or disability alone.

The Court upheld the first part of the law, but declined to consider the selective-abortion ban until more appellate courts had ruled on it.

In his lengthy opinion — which delighted pro-life advocates, and distressed pro-choice activists — Thomas wrote that “this law and other laws like it promote a State’s compelling interest in preventing abortion from becoming a tool of modern-day eugenics.” He traced the racist and eugenicist beliefs of Planned Parenthood founder Margaret Sanger, and warned that the Court would one day need to wrestle with abortion as form of racial discrimination.

In a footnote, Thomas attacked Ginsberg’s dissenting opinion, which argued the Court should not have deferred to the legal standard used by the litigants in the lower courts, but should have subjected the Indiana law to a more difficult standard instead, since it impacted “the right of [a] woman” to an abortion.

Ginsburg cited no legal authority for her claim that a pregnant woman is not a “mother.” The claim that a fetus is not a child is central to pro-choice arguments.