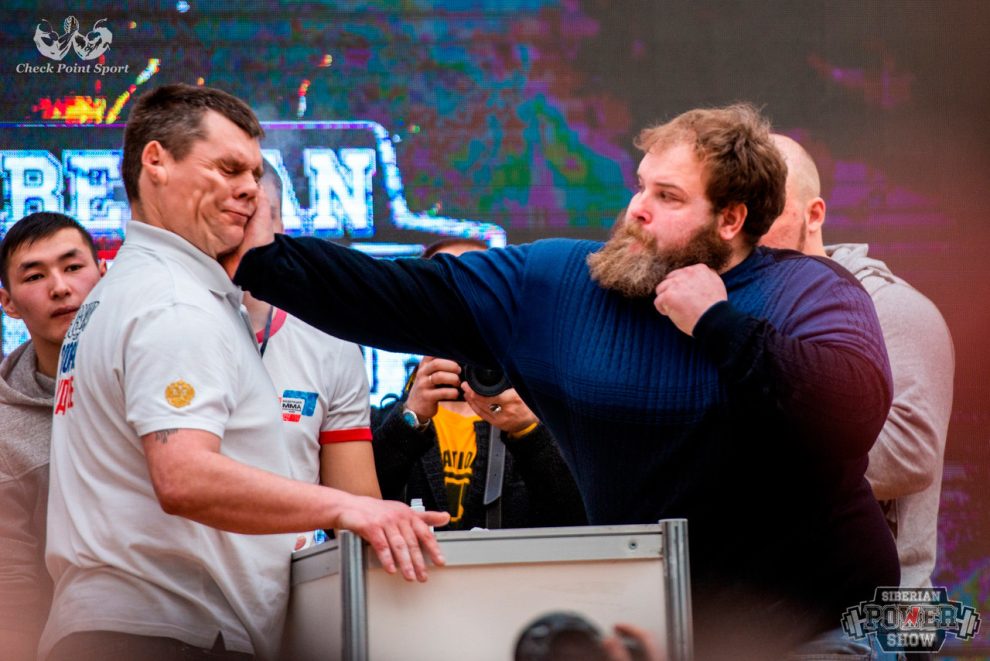 So we’re clear — because I don’t want to be blacklisted by some of you fools — just because I’m reporting on what a Russian Slapping Champion said about Will Smith, that doesn’t mean I want to take warm showers with Putin and have his baby, okay? So just give your moral panic, your Cause Du Jour, your latest display of virtue that’s never going to fill the empty hole inside of you a rest… Thank you so much for your attention and participation.

Russian Slapping Champion Vasily Kamotskiy, a Siberian behemoth nicknamed “Dumpling,” has 170,000 Instagram followers and was not at all impressed with Will Smith’s attempt to slap the shit out of comedian Chris Rock during Sunday night’s basement-rated Oscar telecast.

“It was a weak blow,” Kamotskiy said, according to Russian media. “He didn’t put his body into it.”

“And he struck from top to bottom,” the champ added. “You need to strike from the bottom up, or at least from the side. In general, he hit like a girl. Just like they hit in all [American] movies.”

The whole point of Will Smith’s meltdown was, in my opinion, to reclaim his manhood in front of his wife and the world. For the past year, just as his career was reaching its summit with a Best Actor Oscar, Smith’s been living in a world where everyone knows he’s a cuckold. For the past year, his wife Jada has publicly humiliated him, and he’s humiliated himself by appearing on her podcast to be humiliated. Smith knows everyone’s talking about his cuckery, that everyone’s making jokes and ridiculing him… So what does he see as the solution? In front of the whole wide world, Big Willie’s going to bitch-slap the comedian who “insulted” his wife.

So he sucker-slaps a guy 40 pounds lighter, the guy doesn’t even take a step back, and now a Slapping Champion is LOL’n at how Big Willie slaps “like a girl.”

Will Smith spent three decades creating the persona of a charming, masculine, good-humored, capable guy always in control, and now he’s a laughingstock. And when he tried to change that perception by bullying a much smaller Chris Rock (who handled himself brilliantly), Big Willie slapped “like a girl.”