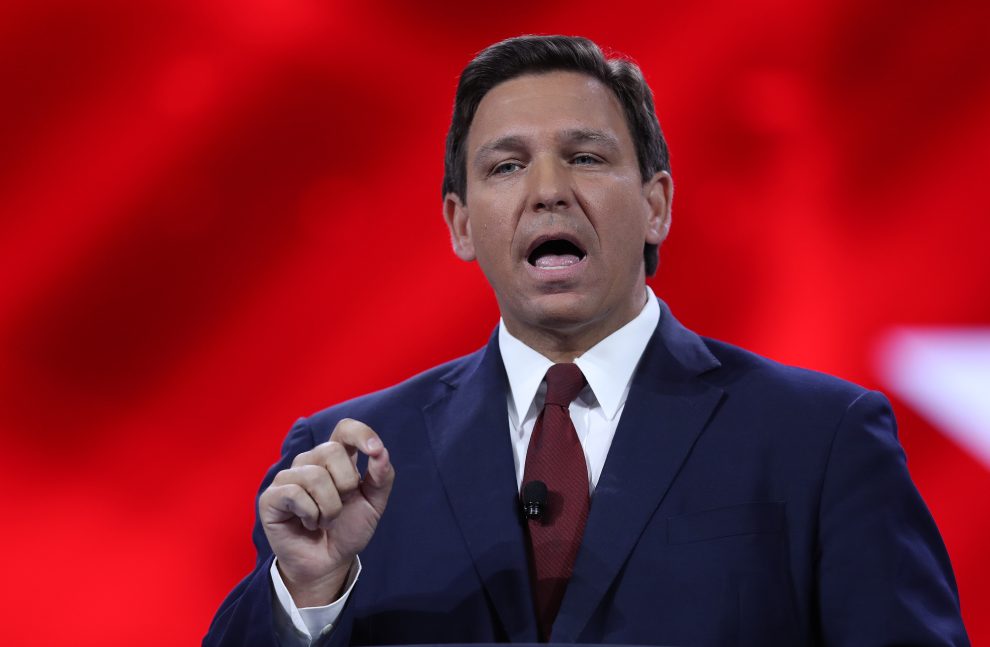 Florida Governor Ron DeSantis has become a hero to the right since he took first took office in 2019, not only for his policies—which are for the most part a conservative’s dream—but for his ability to gloriously troll his opponents like no one since You Know Who (hint: the man with orange hair).

He sold “Fauci Can Pound Sand” sandals on his campaign website and issued a blistering ad against the sainted doctor, he sent illegal immigrants to the blue stronghold of Martha’s Vineyard, causing a massive liberal letdown, he publicly told The View to take a hike when they asked him to appear on their show, and he just generally has a way of getting under the skin of radicals like California Governor Gavin Newsom (who grew so desperate he started running attack ads… in Florida, for no apparent reason).

On Thursday, DeSantis was at it again, blasting the gas stove crazies who are suddenly demanding that we outlaw the appliances and switch to far-less desirable electric versions. Ron fired back on Twitter offering some great cooking aprons:

When we say Don't Tread on Florida… that includes OUR GAS STOVES!

Show the Left that they're not taking those away from us anytime soon… Secure yours now ⬇️👀#AllGasNoBrakes https://t.co/cwpSmndZQf

I don’t live in Florida, but I think I need one.

DeSantis is responding to news that the Biden Administration is considering banning gas stoves because of “health hazards.” Leftist politicians like Rep. Cory Booker, Rep. Alexandria Ocasio-Cortez and others took to the press and social media to warn us of the incredible dangers of gas stoves (and that of course they have a “cumulative burden” on minority and low-income households).

This won’t be happening in Florida:

The governor spoke at a press conference Thursday at The Villages, telling the Biden Administration to “let us alone”:

“When we say don’t tread on Florida or let us alone, we mean that including on your gas stoves. You’re not taking our gas stoves away from us, that is your choice and I know many people who cook a lot do not want to part with their gas stoves and so, we’re gonna stand up for that,” DeSantis said.

Conservatives have been longing for leaders like DeSantis—ones who don’t just sit back and take hits from the corporatist media and the angry left—leaders who fight back, and hard. This is one of the main reasons Donald Trump was, and still is, hugely popular. The fact that they’re both able to do it with humor only makes them that much more effective; by ridiculing the insane proposals of their opponents they expose them.