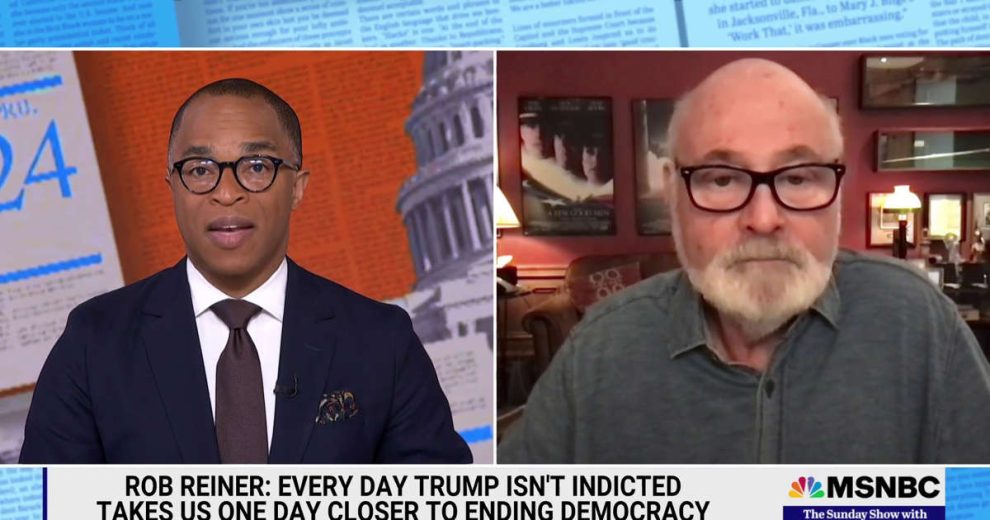 Actor Rob Reiner said on this week’s broadcast of MSNBC’s “The Sunday Show” that if a person votes for any Republicans, they vote for “autocracy.”

Reiner said, “First off, all let’s dispense with the idea of Republican a Democrat, or conservative and liberal. We are talking about democracy versus autocracy. We see it happening all over the world. That’s one of the reasons Putin invaded Ukraine. He is wanting to destroy democracy.”

He continued, “We have an election right now in France between Macron and Marine Le Pen, and we don’t know the results yet there, but that is also a test as to whether or not democracy or autocracy will survive in the world. So, you have a man, former president of the United States, who led and incited a deadly insurrection to overthrow the United States government. He now is in control of one of the parties in this country.”

See also  NYC Has Tips For Junkies On Safe, Empowering … Intravenous Drug Use
→ What are your thoughts? ←
Scroll down to leave a comment: