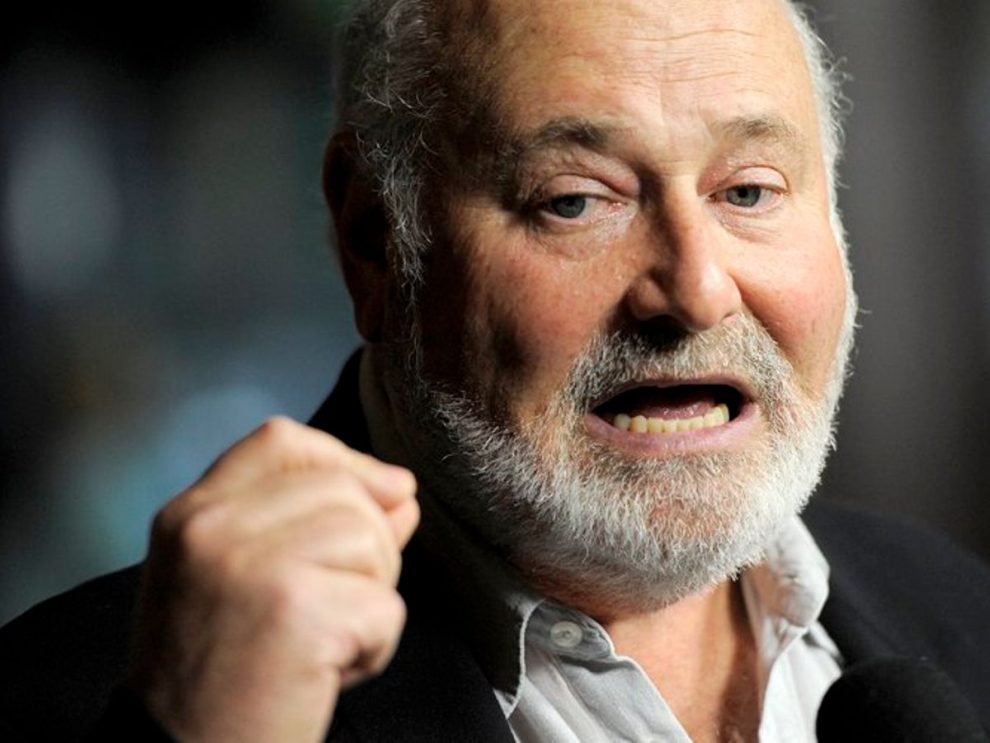 In a tweet from Friday, Reiner accused the former president of “spreading The Big Lie for 2 years.”

“The violent assault on Paul Pelosi and the attempt to murder Speaker Pelosi is directly related to that Lie,” the Oscar-nominated director and actor wrote.

As a result, Reiner claimed, “Donald Trump is 100% responsible for this and Jan.6” and “must be indicted and never be allowed to hold office.”

Donald Trump has been spreading The Big Lie for 2 years. The violent assault on Paul Pelosi and the attempt to murder Speaker Pelosi is directly related to that Lie. Donald Trump is 100% responsible for this and Jan.6. He must be indicted and never be allowed to hold office.

In response, many ridiculed the left-wing filmmaker over his comments.

“It is impossible to imagine someone this dim-witted. You are truly bewildering with all due respect of course,” wrote professor Gad Saad.

Donald Trump has been spreading The Big Lie for 2 years. The violent assault on Paul Pelosi and the attempt to murder Speaker Pelosi is directly related to that Lie. Donald Trump is 100% responsible for this and Jan.6. He must be indicted and never be allowed to hold office.

“The only lie I’ve seen is Russian collusion, that you’ve been spreading for 6 years now,” wrote conservative commentator Tim Young.

House Speaker Nancy Pelosi’s husband Paul Pelosi was hospitalized Friday after an assailant broke into their San Francisco home in the early morning and attacked him, according to a statement from the speaker’s office.

The San Francisco Police Department identified the alleged attacker as 42-year-old David DePape, who remains in police custody, and stated the motive of his attack was still unknown.

The Speaker was not home at the time.

.@sfpdchief on attack of @SpeakerPelosi's husband: "The suspect pulled the hammer away from Mr. Pelosi and violently assaulted him with it. Our officers immediately tackled the suspect, disarmed him, took him into custody, requested emergency backup and rendered medical aid." pic.twitter.com/VoKhS2HRjx

The incident has drawn attention to the issue of soaring crime nationwide under Democrat rule as well as soft-on-crime Democrat candidates, with crime being the second most concerning issue in the country, as the midterm elections come to a head on November 8.

Attempts to tie the attack to the right come as voters prepare to head to the polls for the midterm elections.

Networks CNN and MSNBC recently attempted to connect the attack to the January 6 riot, while Senator Amy Klobuchar (D-MN) blamed it on “MAGA Extremists.”

Speaking Sunday on NBC’s “Meet the Press,” Klobuchar called it a “vicious attack in which [the Speaker] has been villainized for years, and big surprise, it’s gone viral, and it went violent.”

“And I think it’s very important to note, as you mentioned, that Homeland Security warning that this has been going on for years,” she added. “The attacks on her and this group of MAGA extremists who, by the way, are putting up candidates on the ballot that Donald Trump supports, have been not ending when Donald Trump left office. They have been expanding into our politics.”

Meanwhile, President Joe Biden placed blame on Republicans for the assault, according to Breitbart News.

“It’s reported that the same chant was used by this guy they have in custody that was used on January 6th in the attack on the U.S. Capitol. I’m not making this up,” Biden said.

However, according to a police dispatch call from early that day, Paul Pelosi reportedly told 911 dispatchers that DePape, a hemp jewelry maker known for posting conspiracy theories, “is a friend.”

The attacker is reported to have lived inside a school bus parked outside of his former lover’s home in the weeks leading up to the attack, according to his neighbors.

Neighbors said he slept back and forth between a broken-down camper van and a school bus parked outside pro-nudist activist Gypsy Taub’s home in Berkeley.

According to neighbors Margarita and Julio Gonzalez, DePape used to live inside the house with Taub and her family before staying off and on in the buses parked outside.

"It’s really weird to see that they are willing to be so aggressive toward somebody else who is also a lefty.”

A closer look reveals the characteristics of a homeless encampment, or what Europeans call “an open drug scene.”

DePape, who shares two children with Taub, was in a romantic relationship with the pro-nudist activist before she married someone else.

He served as best man at Taub’s nude wedding, which ultimately led to Taub’s arrest for being naked in public.

A closer look at Taub’s residence and the buses DePape reportedly slept in revealed an affinity for left-leaning political causes, which stands in contrast to attempts to link the attacker to “MAGA extremists.”

A closer look at the van parked in Taub’s driveway showed more signs of support for left-leaning political causes.

Neighbors described DePape as a homeless drug addict with a politics that was, until recently, left-wing, but of secondary importance to his psychotic and paranoid behavior. https://t.co/9GK1O0ah5U

One sticker on the van read, “Ain’t no sunshine until capitalisms gone.”

See also  Donald Trump: ‘I Am Not Going to Partake’ in Special Counsel Investigation

The camper van also had an advertisement for a “natural addiction treatment” hanging over it, which according to reports, advertises the use of the psychedelic drug ibogaine that the DePape family brought back to the United States from Mexico.

Another neighbor told reporters that the DePapes are “very radical activists.”

“They seem very left. They are all about the Black Lives Matter movement. Gay pride. But they’re very detached from reality,” said one neighbor who identified as Trish. “They have called the cops on several of the neighbors, including us, claiming that we are plotting against them.”

“It’s really weird to see that they are willing to be so aggressive toward somebody else who is also a lefty,” the neighbor added.

In May, he issued an extreme statement in response to the school shooting in Uvalde, Texas, blaming Republicans for the horrific act that left 19 children and two adults dead.

“The blood of every child that dies of gun violence in this country is on the hands of the Republican Party,” he exclaimed.

The blood of every child that dies of gun violence in this country is on the hands of the Republican Party.

In April, he said that if a person votes for any Republicans, they vote for “autocracy.”

Last year, the Hollywood filmmaker equated Republicans with racism, making the unsubstantiated claim that the GOP stands “for nothing except white nationalism.”