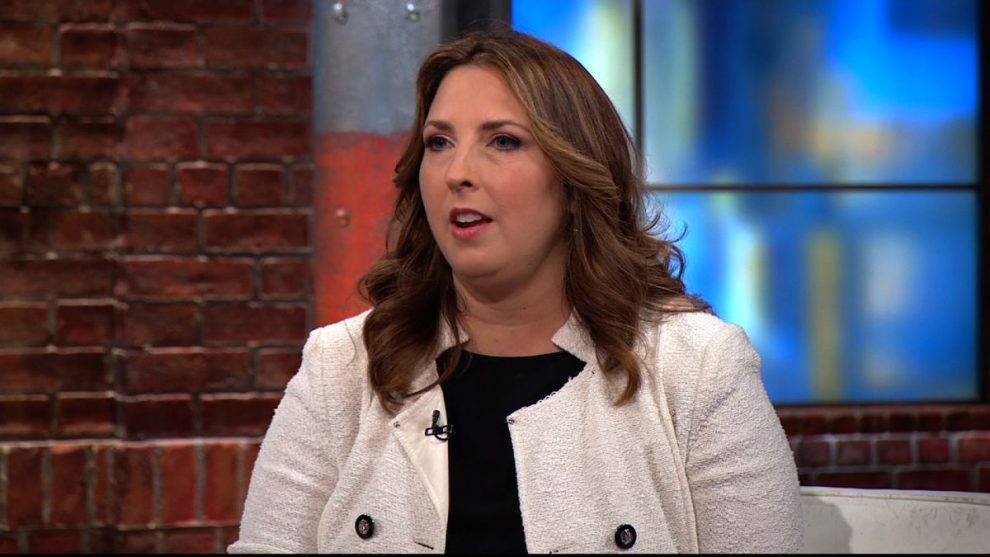 Her remarks come after she herself was heavily criticized by several speakers at Turning Point’s AmFest Convention in Phoenix last weekend, and she also lost a straw poll among participants asking who should be the next party chair. Attorney Harmeet Dhillon, who announced her candidacy on December 5 with the proclamation, “Republicans are tired of losing,” won in a landslide.

Several RedState writers including myself were at AmFest, and you can find our full coverage here.

McDaniel has also been under fire since RedState Managing Editor Jennifer Van Laar dropped a bombshell report earlier this month describing lavish spending at the RNC over the last several years.

Kilmeade asked her early in the show how she felt about Dhillon’s challenge:

Kilmeade: So Harmeet Dhillon, well known to our listeners and viewers, a very successful attorney, says the time for new leadership is needed, and she’s going to run against you. How do you feel about that?

Meow. It was later in the show, however, when she went after Turning Point:

KILMEADE: So, so you’re going to run again. It seems like the money is behind you. At Turning Point, the young conservatives, they did a straw poll. They picked Harmeet Dhillon to replace you and —

MCDANIEL: Yes, but Turning Point endorsed her, they had her out. [I’m assuming she’s referring to the fact the Dhillon spoke at AmFest.]

I mean, ok, this is not a Harmeet Dillon race. This is Turning Point and Harmeet Dhillon. [Whatever that means.]

And I just I’m going to say something about Turning Point. You know they do great conferences. How many young voters did they register? How many youth voters turned out this cycle? How about the college kids in Arizona where they’re headquartered?

You know if you’re going to hold the RNC accountable, start looking at these outside organizations that don’t disclose their finances and ask them what they did.

And this is a group that’s taken over the youth vote, they’ve taken over college campuses and they need to be held accountable, but this is Turning Point and Harmeet trying to take over the RNC. [Emphasis mine.]

Kirk wasn’t having it. He clapped back Wednesday afternoon with a series of tweets:

Ronna, thanks for asking.

We hosted well over 100 major door knocking events and rallies in target states and districts. (1/5) https://t.co/8ACHWgbQuw

He continued, pointing out that Turning Point recruited over 2,000 new precinct leaders with the goal of 10,000 by the end of 2023, registered tens of thousands of new voters, and reached tens of millions of listeners in podcast, radio, and streaming. “Maybe instead of attacking the only youth org in the country actually doing something, maybe you should be thankful we are doing the work,” he tweeted. Then he really went for the jugular:

Instead of attacking us you should be sending us $700,000 in flowers thanking us.

I think it was a mistake for McDaniel to go after Turning Point; it wasn’t a good look, and Charlie Kirk clearly knows how to strike back. There were a lot of energized conservatives and Republicans at the event last weekend. You could feel it in the room. There’s simply no reason to alienate such a group, and it would have been a much smarter strategy to try and win over some of these folks or at least try to appear graceful. She may still win the chairmanship again, and if so, she’ll likely have to work with some of these folks in the future.

Don’t expect a lot of support.