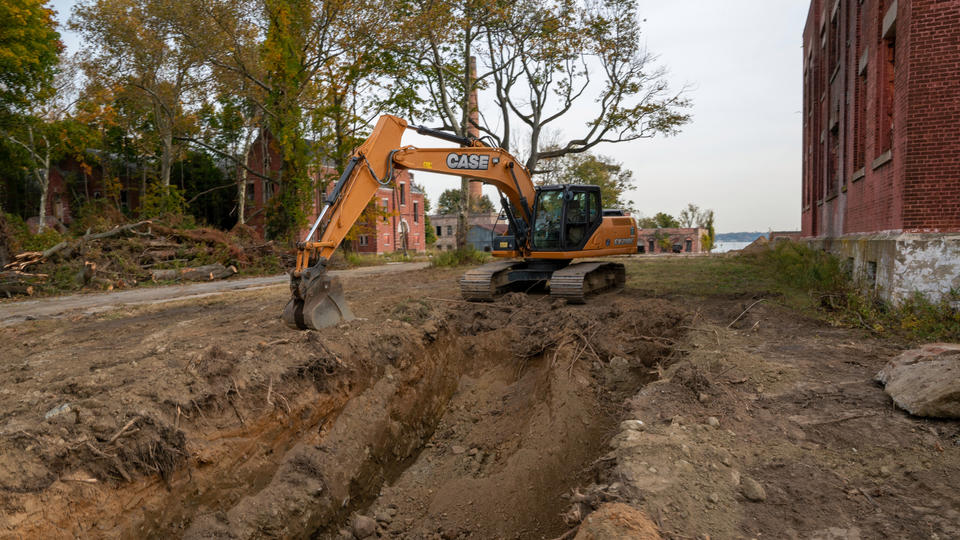 NEW YORK CITY is offering prisoners at Rikers Island jail $6 per hour — a fortune by prison labor standards — and personal protective equipment if they agree to help dig mass graves on Hart Island, according to sources with knowledge of the offer. Avery Cohen, a spokesperson for the office of Mayor Bill de Blasio confirmed the general arrangement, but said that it was not “Covid-specific,” noting that prisoners have been digging graves on Hart Island for years.

The offer is only being made to those with convictions, not those jailed before trial, as is generally the case. A memo sent to prisoners, according to a source who reviewed it, does not specify what the work on Hart Island will be, but the reference to PPE leaves little doubt. The offer comes as New York City continues to be the epicenter of the coronavirus pandemic in the United States, with 38,000 people infected and more than 914 dead so far. New York City owns and operates a public cemetery on Hart Island, which has long been maintained by prison labor. The island was identified as a potential resting place for a surge of bodies in the event of a pandemic by a 2008 report put together by the NYC Office of Chief Medical Examiner.

Hart Island, though, “has limited burial space,” the report noted, and “may not be able to accommodate a large influx of decedents requiring burial,” which the preparedness plan estimated at between 50,000 and 200,000 in a pandemic with a mortality rate of 2 percent in which 25 to 35 percent of the population is infected.

The city document proposed employing the Department of Defense’s “temporary mass internment method,” which places caskets 10 in a row, head to foot, so as not to stack them on top of each other. Hart Island is located off City Island in the Bronx. In 2008, Rikers prisoners were burying roughly 20 to 25 bodies per week there, the report found.

Prisoners may be safer in the fresh air of Hart Island, digging mass graves while wearing PPE, than sitting back in the unfolding human rights catastrophe that is Rikers, an overcrowded cesspool that has become widely infected with coronavirus. Prisoners who are involved in burials are routinely provided with PPE, Cohen said.

Justine Olderman, executive director of Bronx Defenders, a public defender organization, recently described the conditions at Rikers to The Intercept: “You have a situation where all the protocols that are coming out of the Centers for Disease Control cannot be enacted: There are broken sinks, there’s no hand sanitizer, people don’t have access to soap, and at a time we’re all being asked to do social distancing, you have an environment where people are sleeping 100 to a room.”

City and state officials have badly mishandled the response to the pandemic at the jail, which houses roughly 4,600 people and has an infection rate of 3.6 percent, according to data compiled by the Legal Aid Society.

New York Gov. Andrew Cuomo recently said he would put state prisoners to work making hand sanitizer, though it was later reported that they are bottling and labeling hand sanitizer made by an outside vendor, not making it themselves.