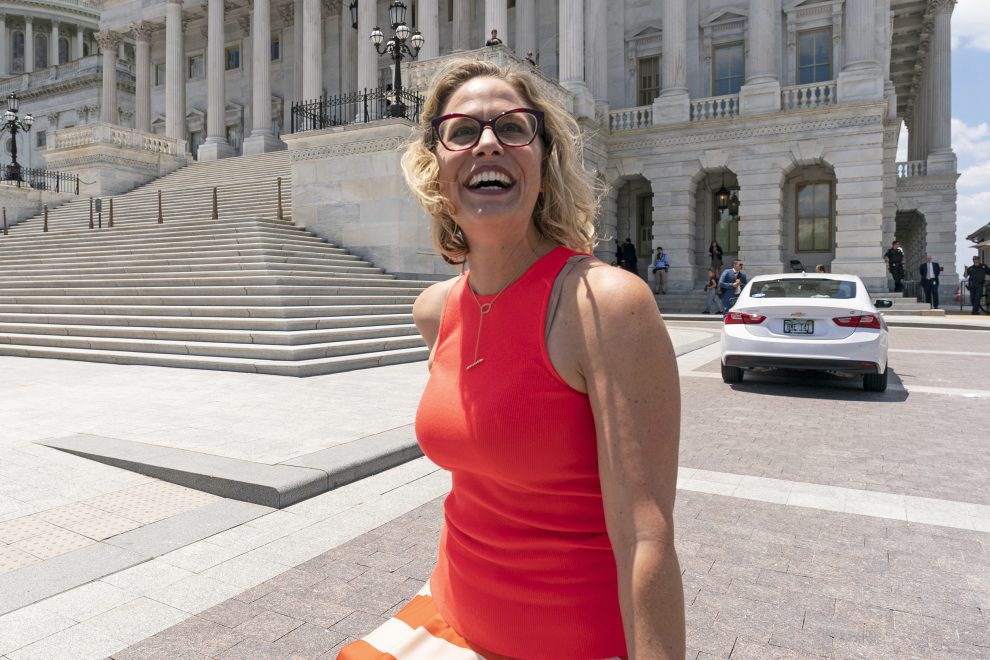 Several elected Democrats — despite a great deal of success in the 2022 midterm cycle — have chosen to end their affiliation with the Democratic Party in recent weeks, raising concern over whether the party may be suffering from a retention problem as political divides continue to widen in the United States.

From all levels of government — local, state and federal — elected officials once labeled Democrats announced after the recent midterm elections they would be switching parties or becoming independent voices in their respective roles.

Arizona Sen. Kyrsten Sinema, who has refused to fall in line with other Democrats on key issues, announced Friday in an op-ed for the Arizona Republic that she was leaving the Democratic Party and had registered as an independent, citing increasingly partisan interests and radicalization of both political parties as the reason for her departure.

Sinema isn’t the only elected leader who recently made the decision to ditch the Democratic Party. Last week, New York City Councilman Ari Kagan, who was elected to the council in 2021 as a Democrat, announced he would be exiting the party to become a Republican. In West Virginia, state Sen. Glenn Jeffries announced earlier this month he was forgoing his affiliation with the party to join the GOP.

With the recent departures, the question has been raised whether the party is facing retention issues after Democrats maintained control of the Senate and narrowly lost the House. But strategists from both sides of the aisle appear divided over the reasoning why some elected officials have decided to abandon the party.

Acknowledging that “both parties have challenges,” Kevin Seifert, who served as chief of staff to former GOP House Speaker Paul Ryan, told Fox he believes “Democrats have an ideological problem because of their woke, progressive base.”

“Progressive activists literally chased Sen. Sinema into a bathroom when she wouldn’t agree to their policy demands on immigration,” Seifert said. “In recent cycles, they systematically primaried moderate Democrats who didn’t toe the far-left line. It shouldn’t come as a surprise that leaders are responding to these overt pressure tactics by leaving the party and becoming independents.”

In announcing his decision to part ways with the Democratic Party last week, Kagan, a New York City council member from Brooklyn, said at a news conference, “The Democratic Party in New York was moving to [the] left at such a speed I couldn’t keep up.

Despite the recent shakeups within the party, some Democratic strategists conclude the departures have nothing to do with the success of the party and that Sinema’s recent exit has to do with her logic in winning the next election.

“I don’t think this has anything to do with retention issues,” Jessica Tarlov, a Democratic strategist who serves as the head of research for Bustle, told Fox News Digital. “Sinema made a strategic decision to avoid a primary that she would’ve lost to [Democrat Rep. Ruben] Gallego.

“As an independent, she knows that a three-way race would be handed to the GOP,” Tarlov, who also serves as a Fox News contributor, added of Sinema. “She’s keeping her assignments and caucusing with Dems, votes with Biden 90%-plus. This isn’t about a problem with Democrats.”

Similarly, Sarah Norman, a Democratic strategist who served as senior adviser to digital for Kamala Harris’s 2020 presidential campaign, told Fox she believes Sinema’s decision to leave the party came because she “was going to lose a primary and is trying to blackmail Democrats into functionally letting her run for re-election alone.”

“If Democrats had lost badly, Sinema could have pushed to say that only she can win in Arizona in current conditions,” Norman added. “We saw in 2022 that Arizona is totally winnable by a normal Democrat, which means any argument she had in a primary is gone.”

In announcing her leave from the Democratic Party, Sinema, who has represented Arizona in the Senate since January 2019, wrote in the Friday op-ed, “When politicians are more focused on denying the opposition party a victory than they are on improving Americans’ lives, the people who lose are everyday Americans.

“That’s why I have joined the growing numbers of Arizonans who reject party politics by declaring my independence from the broken partisan system in Washington. I registered as an Arizona independent. ”

While he didn’t go into much detail as to why he was switching parties, Jeffries, who represents parts of Putnam and Kanawha counties in the West Virginia state Senate, said, “Our politics have gotten so personal and difficult” when he announced his departure from the party early this month.

“I have the greatest respect for the many friends and supporters I have been blessed with during my time in public office,” he added. “I hope to continue and strengthen those relationships going forward.”

Discussing Sinema’s decision, Seifert said he believes the senator, along with other former Democrats, are “positioning themselves differently” in an effort to appeal to the desires of Americans who seek unity among the two major political parties.

“Most Americans want elected leaders working on a bipartisan basis to solve problems and, because progressive Democrats have seemingly no interest in doing this, Sen. Sinema and others are smartly positioning themselves differently,” he said. “They should be applauded for putting their constituents first, rather than kowtowing to the Democratic Party’s loudest and most extreme voices.”