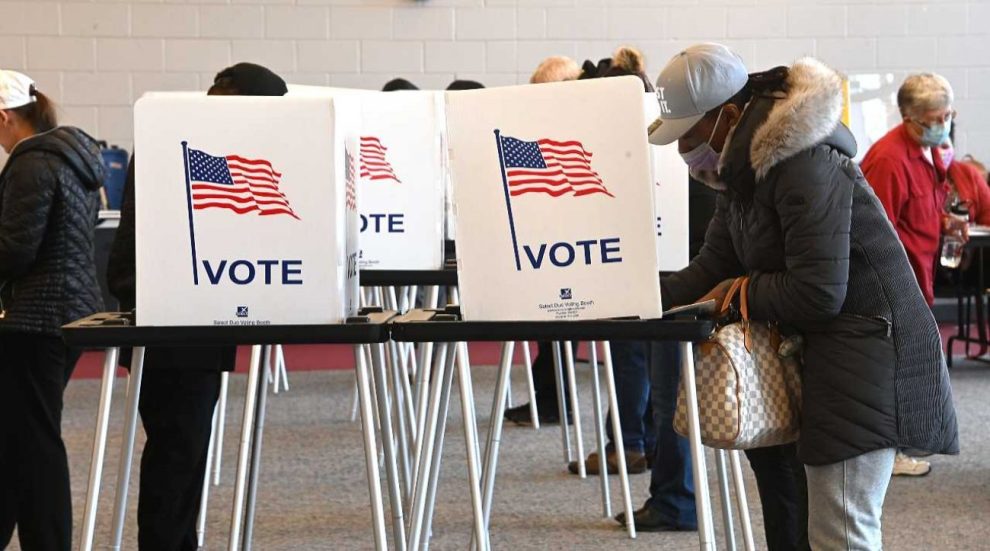 Republicans continue to lead Democrats and gain momentum on the generic congressional ballot in the latest Rasmussen Reports survey, after a slight dip last week following a recent school shooting in Texas and the gun rights battle.

As the Republicans look to retake control of Congress in the 2022 midterm elections only 158 days away, the most recent Rasmussen Reports survey showed the GOP expanded the lead by two points after a slight three-point dip from last week.

The poll found that only four percent would choose a different candidate, while another eight percent said they were unsure.

The Republicans gained two points from last week when the survey showed the GOP with a 47 percent to 41 percent lead, what Rasmussen Reports said was the closest the two parties had been all year. Rasmussen Reports updates their generic congressional ballot every Friday.

Last week’s slight dip for Republicans occurred the same week a shooting occurred at an Elementary School in Texas, where Border Patrol agents moved in to stop the shooter. Since then, leftist organizations and lawmakers have tried to force the issue of gun control on the American people.

Rasmussen noted that in June 2018, before the Democrats took the House for the first time in eight years, they only had a four-point advantage on the generic congressional ballot. Additionally, June 2018 was slightly up from May 2018, when the Democrats only had a one-point advantage on the generic congressional ballot.
Plus, as the 2018 November midterm election neared, the margins between the Democrats and Republicans came extremely close — Republicans had 46 percent to 45 percent for Democrats.

See also  Griner Will Not Be Getting a Cushy Cell, WNBA Star Instead Being Sent to Russian Prison Colony

Additionally, 27 percent of black voters and 43 percent of other minority groups said they would vote for the Republican candidate if the election was held “today.”

The Rasmussen Reports survey was conducted from May 29 to June 2 and questioned 2,500 likely U.S. voters. The survey saw a plus or minus two percent margin of error and a 95 percent confidence level.