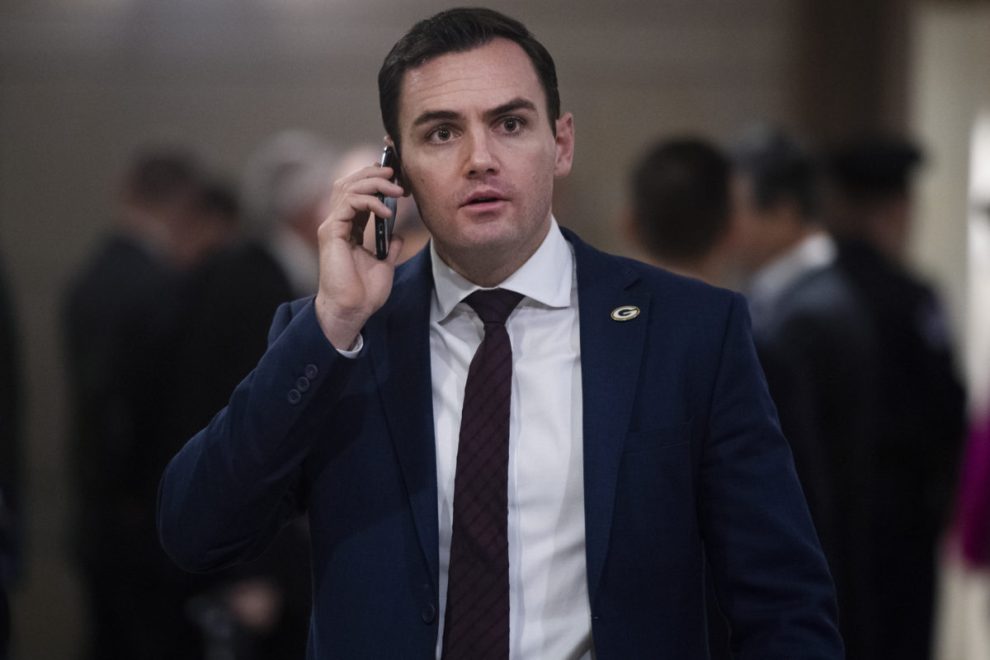 Republican Wisconsin Congressman Mike Gallagher compared TikTok to “digital fentanyl” amid efforts to ban the app in the U.S.

Appearing on NBC’s “Meet the Press” Sunday, Gallagher blasted the Chinese-owned social media platform for the negative effects it has on children and teens in the country, and the copious amounts of data it collects. He called for Congress to ban the app nationwide.

“I think the comparison is apt for at least two reasons,” said Gallagher. “One, it’s highly addictive and destructive and we’re seeing troubling data about the corrosive impact of constant social media use, particularly on young men and women here in America.”

“It’s also digital fentanyl in the sense that, as you allude to, it ultimately goes back to the Chinese Communist Party. TikTok is owned by ByteDance; ByteDance is effectively controlled by the CCP. So, we have to ask whether we want the CCP to control what is on the cusp of becoming the most powerful media company in America,” Gallagher continued. “That is very troubling. And so, I was glad to see my colleagues in the Senate pass, in unanimous fashion, a ban of TikTok on government devices. I think we should do the same in the House and expand that ban nationally.”

Gallagher then listed several safety concerns he had about TikTok — namely that the Chinese government could easily use the technology to access and save sensitive data about American citizens. He also worried that the Chinese could also use the app to filter the information that was getting through to Americans who were using it, arguing that especially if their exposure to other news sources was limited, they might not be getting necessary information.

“I’m concerned about TikTok’s ability to track your location, track your keystrokes, track what websites you’re visiting, even when you’re not using the app. I’m concerned about the lack of transparency around the algorithm which is addicting kids,” he explained. “But I think what’s more pernicious is the fact that, since a lot of young men and women in America increasingly turn to TikTok to get news, what if they start censoring the news, right? What if they start tweaking the algorithm to determine what the CCP deems fit to print? That’s incredibly dangerous. That’s as if, in 1958, we allowed the KGB and Pravda to buy The New York Times, The Chicago Tribune, and The Washington Post. That actually probably understates the threat. I think it’s a multi-pronged threat we need to look at.”

Gallagher borrowed the phrase “digital fentanyl” from former FCC Commissioner Brendan Carr, who used it to describe the app in an interview with Fox News in November. But Gallagher has repeatedly called on Americans to delete the app because of its security concerns.

Some 14 states have banned the app on state-owned devices used by state employees and contractors. Congress included a bill to ban the app on federal government devices in the $1.7 trillion omnibus spending bill passed last month. Already the House has banned the app on devices issued by it.

Gallagher has previously introduced legislation with Democratic Illinois Congressman Raja Krishnamoorthi to ban the app altogether. “It would allow for a sale to an American company,” Gallagher told Todd. “That option was explored during the Trump administration. Oracle explored a version of that. Microsoft ultimately fell through. I think there’s a workable solution there… I’m open to having that discussion with TikTok. And I really want to have that discussion with the Biden administration. I don’t think this should be a partisan issue. I want to work with them… this isn’t a partisan issue.”