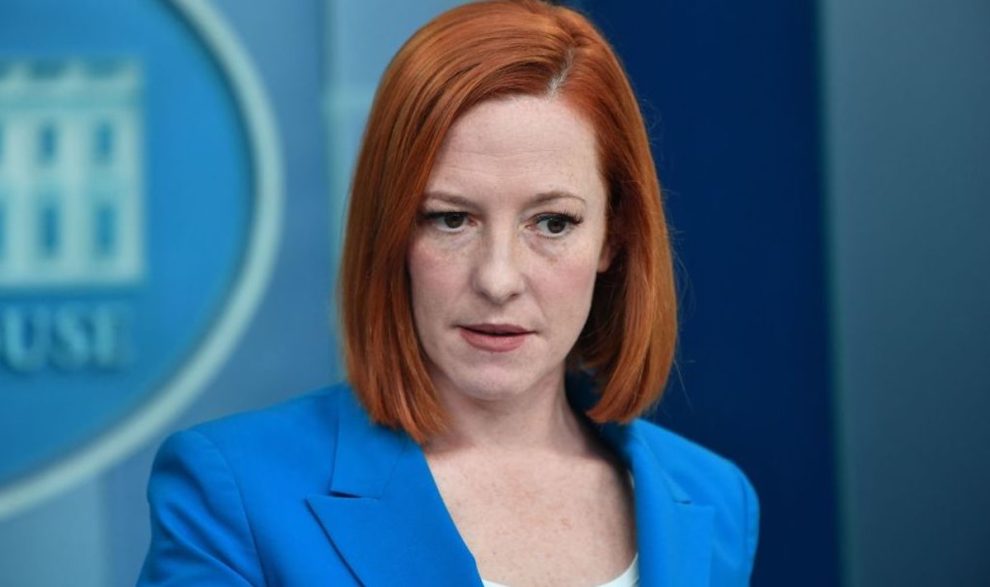 White House Press Secretary Jen Psaki said Thursday that lawmakers who are working to protect minors from puberty blockers and transgender surgeries have been “put on notice” by the U.S. Department of Justice.

“Alabama’s lawmakers and other legislators who are contemplating these … discriminatory bills have been put on notice by the Department of Justice and the Department of Health and Human Services that laws and policies preventing care that health care professionals recommend for transgender minors may violate the Constitution and federal law,” Psaki said at a press briefing.

Psaki’s comments were in reference to the Alabama Legislature passing a bill that would ban doctors from mutilating children or putting them on puberty blockers if they “identify” as the opposite sex. The Alabama Senate also passed a parental rights bill that eliminates teachers’ “instruction” on sexuality and gender identity between kindergarten and fifth grade.

“Today in Alabama, instead of focusing on critical kitchen-table issues like the economy, COVID, or addressing the country’s mental health crisis, Republican lawmakers are currently debating legislation that, among many things, would target trans youth with tactics that threatens to put pediatricians in prison if they provide medically necessary, lifesaving health care for the kids they serve,” Psaki claimed.

“President Biden has committed in both words and actions to fight for all Americans and will not hesitate to hold these states accountable,” the press secretary threatened.

Jesse Signal writing at The Cut in 2016 noted that what’s missing from “the conversation about transgender kids” is the rate of desistance, referring to kids essentially growing out of their gender confusion.

Signal cited 11 available studies showing that an overwhelming number of children who are gender-confused outgrow their confusion:

[An] Amsterdam study reported on 127 adolescents, 79 of them boys, and found that 80 of those adolescents, or about two-thirds, had desisted — that is, now identified as cisgender — at the time of followup. [Clinical psychologist Devita Singh’s 2012 dissertation], meanwhile, found that of the 139 former GIC patients she got in touch with, all of them natal males (that is, born with a penis), 122, or 88 percent, had desisted.

And when you combine these two studies with the other, admittedly earlier and smaller ones Cantor lists, all of which find the same thing, the case grows even stronger. While the numbers vary from study to study, as you would expect to between research conducted at different times in different places, the basic storyline is always the same: If a kid has gender dysphoria, the most likely outcome is that he or she will grow up to be a cisgender, gay or bisexual adult.

White House condemns Alabama law that prevents genital mutilation of minors, saying the state has been "put on notice." pic.twitter.com/xJFFtCIJmE