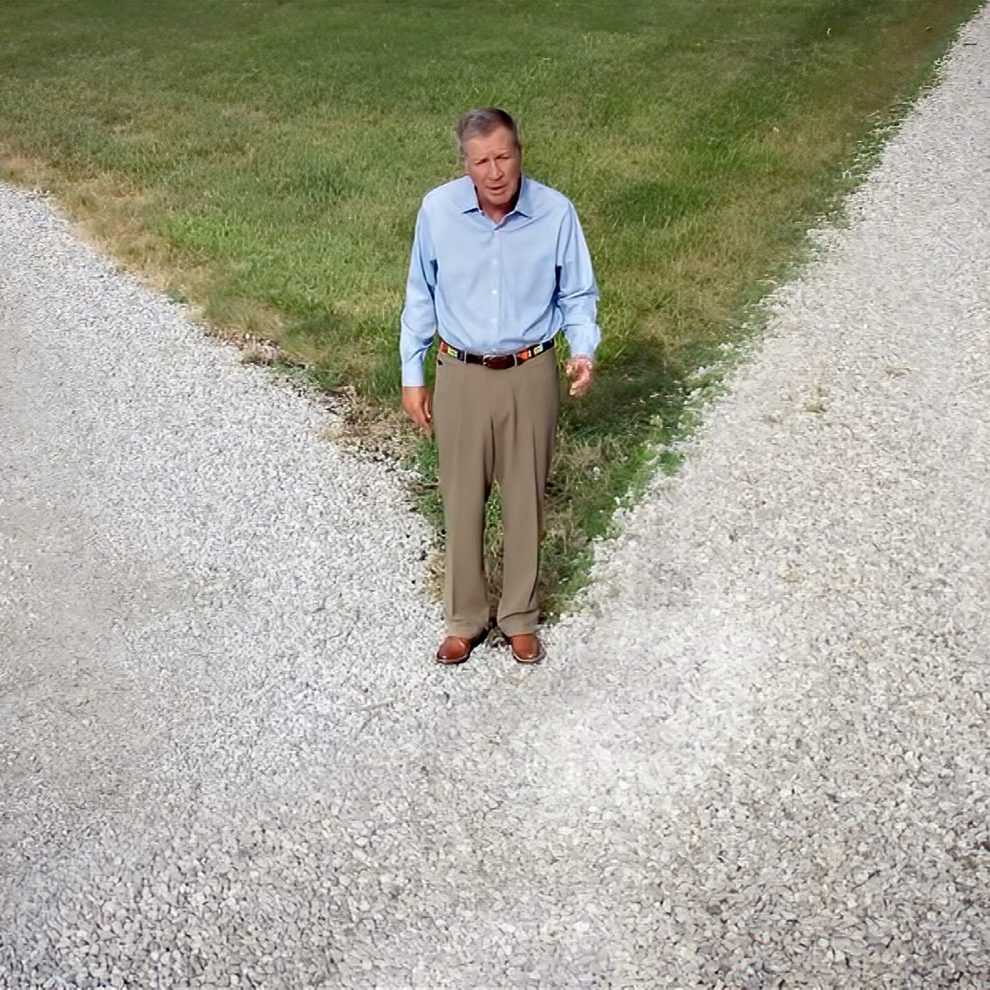 Former Ohio Gov. John Kasich (R) on Monday appealed to disaffected Republicans to vote for presumptive Democratic nominee Joe Biden, pitching the former vice president as the right candidate to unify a country at a crossroads.

In a prerecorded address, Kasich stood at a fork in a gravel road to symbolize the divergent paths he said the country could go down based on the outcome of November’s election.

“Many of us have been deeply concerned about the current path we’ve been following for the past four years,” he said during a roughly two-minute speech. “It’s a path that’s led to division, dysfunction, irresponsibility and growing vitriol between our citizens.”

“I’m a lifelong Republican, but that attachment holds second place to my responsibility to my country,” Kasich continued. “That’s why I’ve chosen to appear at this convention. In normal times, something like this would probably never happen, but these are not normal times.”

The ex-governor and former congressman acknowledged the differences of opinion he and others in the GOP may have with Biden. He sought to assuage concerns that the former vice president might be pulled to the left by progressives in the Democratic Party, saying he knows Biden to be “reasonable” and that “no one pushes Joe around.”

He urged independents and Republicans on the fence about Biden to put partisanship aside, warning that four more years of Trump would have “terrible consequences for America’s soul.”

“We can all see what’s going on in our country today and all the questions that are facing us, and no one person or party has all the answers,” Kasich said. “But what we do know is that we can do better than what we’ve been seeing today, for sure. And I know that Joe Biden, with his experience and his wisdom and his decency, can bring us together to help us find that better way.”

Kasich was one of a few Republicans to speak Monday during the first night of the convention, though he was the most prominent. Others included former New Jersey Gov. Christine Todd Whitman and former Rep. Susan Molinari (N.Y.).

The former Ohio governor ran an unsuccessful presidential campaign in 2016, and since leaving office at the beginning of 2019, he has solidified himself as one of the most prominent Trump critics in the GOP.

The president retains an iron grip on the Republican Party, and Trump’s allies have brushed aside the likes of Kasich and groups such as the Lincoln Project as a vocal minority attempting to remain relevant.

But Kasich’s inclusion in Monday’s proceedings was a nod to the Biden campaign’s attempt to connect with independents and disaffected Republicans who may help swing the election in Democrats’ favor in states such as Wisconsin, Michigan and Pennsylvania.

The ex-governor’s prominent slot rankled some progressive Democrats, however. Kasich’s record as governor included signing legislation restricting abortion access and cutting funding for Ohio school districts, and some Democrats wondered why someone who isn’t a member of their party should get more speaking time than rising stars such as Rep. Alexandria Ocasio-Cortez (D-N.Y.).

“It’s great that Kasich has woken up &realized the importance of supporting a Biden-Harris ticket,” Ocasio-Cortez tweeted Monday morning after Kasich questioned her influence in an interview. “I hope he gets through to GOP voters. Yet also, something tells me a Republican who fights against women’s rights doesn’t get to say who is or isn’t representative of the Dem party.”