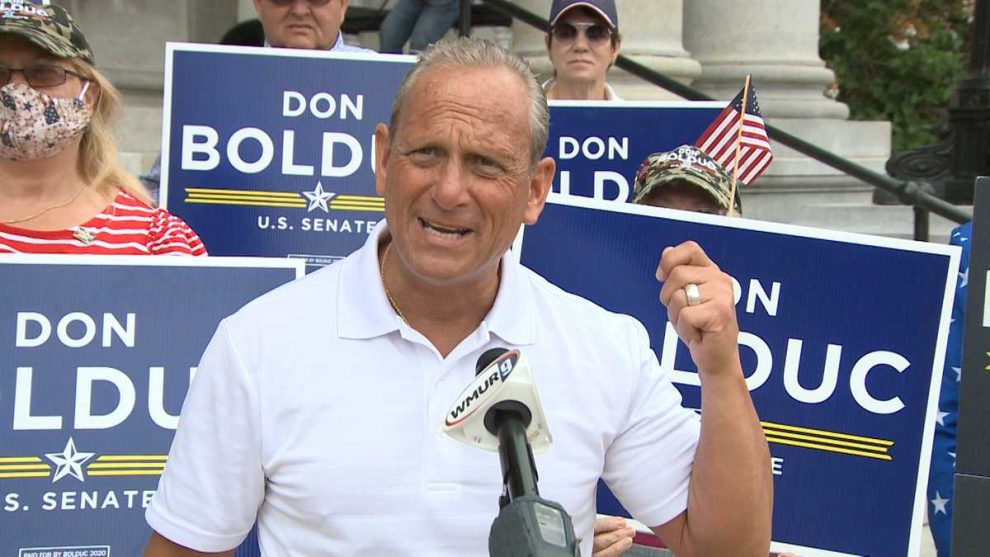 Kate Constantini, Bolduc for Senate spokeswoman, told Breitbart News that before the General went on the debate stage, he was physically attacked outside the building by an individual in the crowd.

It is not known if the individual is a Hassan supporter.

Law enforcement was quickly on the scene and apprehended the individual.

“Prior to the debate, an individual in the crowd gathered outside attempted to punch the General and was quickly apprehended and arrested,” Constantini explained.

“We are grateful to the quick response from law enforcement on the scene,” she said.

“As the General said on stage tonight, it’s time to lower the temperature of the political discourse in this country,” she added.

Twitter
See also  Trump Dined at Mar-a-Lago with White Nationalist, Holocaust Denier Nick Fuentes Alongside Kanye West
→ What are your thoughts? ←
Scroll down to leave a comment: