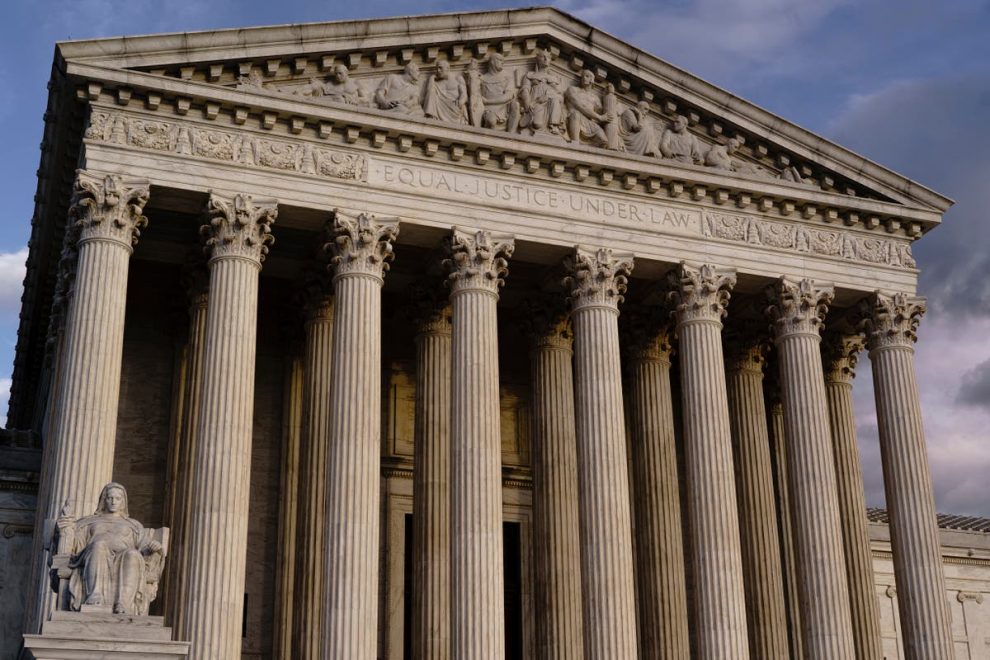 There were a lot of head-smacking moments during oral arguments before the Supreme Court regarding Joe Biden’s OSHA vaccine mandate for companies with more than 100 employees. Even though I know the left wing of the court is packed with totalitarians, it always takes my breath away to hear them opine about how the government should be allowed to exercise almost unlimited power over Americans, and their cavalier attitude about the rights of individuals. What I did not expect to hear was Ohio Solicitor General Ben Flowers—a Republican appointee—arguing before the court that the state essentially has unlimited power to force individuals to take a vaccination.

“My position,” stated Flowers, who clerked for the late Justice Antonin Scalia, “is that the state of Ohio could mandate vaccinations not only for workers but for all individuals. I think that’s an important point to stress as we’re talking as though OHSA is the only entity that can regulate this.” He argued, rightly in my opinion, that the OSHA mandate is unnecessary because states and private businesses are “not sitting on their hands” with regard to the COVID-19 pandemic.

“There seems to be a suggestion that this is all or nothing, that other government bodies do not have police powers to regulate certain activities, and you’ve answered my question,” Thomas replied.

What did Flowers mean when he said the state has the right to force vaccines into the arms of its citizens? A generous interpretation, though not one that would help me sleep at night, would be that he was talking about the plenary powers of the General Assembly to make a law that would mandate vaccinations.

A less generous interpretation would be that Flowers, and by extension the Ohio Attorney General’s office, thinks such powers already exist in Ohio law. Perhaps he believes that Gov. Mike DeWine, whose Department of Health assumed broad powers in the early months of the pandemic—mask mandates, lockdowns, changes in election procedures—has the authority to force people to get vaccinated. Or perhaps Flowers has in mind some section of the code hitherto unknown to most Ohioans that gives the state such authority. Ohio Attorney General Dave Yost’s office did not respond to a request for clarification on this matter.

State Rep. Scott Wiggam, a Republican, told PJ Media that “whatever section of the code they think gives them the authority needs to be yanked.” Wiggam cosponsored SB-22, which stripped the Ohio Health Department of its “ultimate authority” in matters of health and established legislative oversight of the governor’s health order. The bill, which was vetoed by DeWine, went into effect in June 2021. “Never again,” said Wiggam with regard to the governor’s power grab. He said the legislature may need to look at ways to protect Ohio residents from a broad-based vaccine mandate like the one Flowers suggests is possible.

While I understand that Flowers’ statement was in service to his argument that the authority to issue vaccine mandates lies with the states, not the federal government, that’s no excuse for claiming that the state has such broad power over individual medical decisions. If this was just a matter of sloppy language, then Yost’s office needs to clean it up and clarify exactly what powers the state has, if any, to mandate vaccines for “all individuals.” If there’s something in the Ohio code that would permit such a sweeping mandate, the legislature needs to act immediately to repeal it.