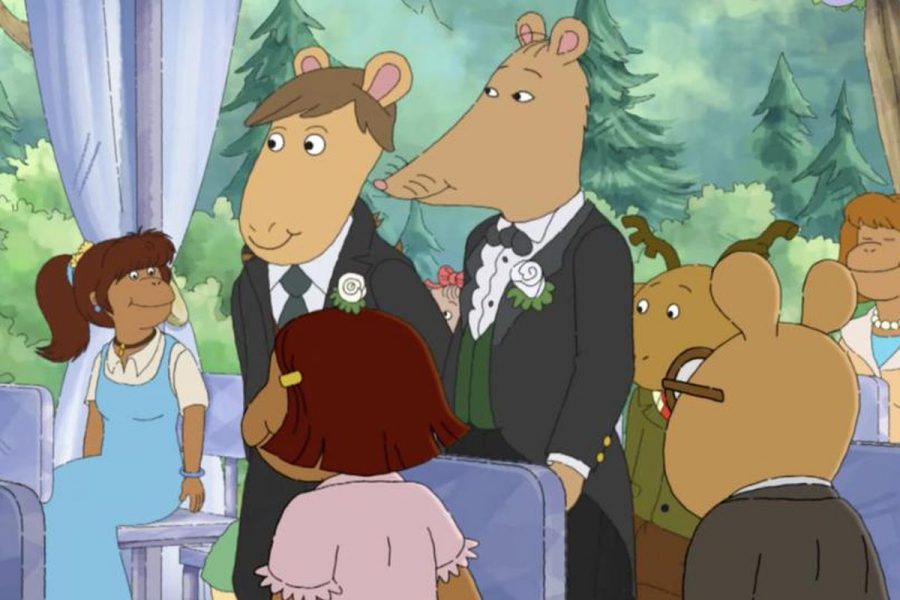 The increase of LGBTQ characters and themes popping up in TV shows made for children in the last decade is not an organic development. It’s the consequence of so-called “queer creators” pushing the LGBTQ agenda and working with major entertainment networks, writers, producers, showrunners, and directors to place sexualized themes into on-screen fare made for young audiences.

A recent, extensive report by Entertainment Insider highlights the increase of LGBTQ messaging in children’s programming, and explains that LGBTQ activists behind the scenes have made it happen.

“The rise of gender-diverse representation isn’t a coincidence,” Insider reports. “Shows created and run by queer women, trans, and nonbinary showrunners are largely responsible for the influx of nonbinary and trans characters in kids’ animation.”

One way activists have accomplished this is by getting around the typical merit-based hiring process, and searching specifically new staff that are members of the LGBTQ community.

Taneka Stotts, a “genderfluid” writer on Steven Universe: Future, told Insider that nonbinary, bisexual showrunner creator Rebecca Sugar “went out of the way” to make sure a show was staffed by so-called “inclusive” standards, and that new talent was searched for on platforms like Twitter and Tumblr, rather than traditional hiring avenues.

“Visible queer content and multiple queer creators means no one has to feel isolated the way that I did,” Sugar said.

One transgender showrunner, Shadi Petosky, told Insider that it isn’t enough for LGBTQ activists to simply get roles within the entertainment industry, they must also make sure that pro-LGBTQ content makes it into the shows.

And this didn’t come easy, according to Petosky, who said, “there were little arguments, and battles, and suspensions” throughout the production process.

“I had to fight with the help of GLAAD to get the actual word ‘Pride’ in, instead of it being called ‘Rainbow Parade’ or something,” Potesky said.

GLAAD has, in fact, convinced Hollywood to increase the representation of the LGBTQ agenda into TV shows, and networks — including Nickelodeon, PBS, and Cartoon Network — have signed onto the effort.

As Breitbart News previously reported, a veritable tidal wave of gay representation has washed over children’s TV shows, with a 222 percent increase in LGBTQ characters and stories between 2017 and 2019 alone.

In 1983, “Super Ted,” a show about a teddy bear with superpowers, debuted the first implicitly gay character. After that, just seven shows featuring LGBT characters were released in the 1990s, 11 were produced in the 2000s, and 48 in the 2010s.pic.twitter.com/LzlKKnyxkC

Today, it is virtually impossible to find a TV series without a gay character or LGBTQ theme. A review of the content found a whopping 259 gay characters in cartoons and TV series aimed at children.

Last year, Disney revealed a gay character in DuckTales, who is presented as a child with two gay dads In 2019, Discovery Family’s My Little Pony introduced a lesbian pony couple.

A step in the right direction for LGBT representation… Thank you so much, #DuckTales pic.twitter.com/0wVPLLm4zP

Last week, actress Kirstie Alley warned that children are being exposed to “everything perverse on every kind of screen” and cautioned that Hollywood is conditioning society to be so “open minded” that it will soon “support” pedophilia as “just loving children.”

Was watching TV …we’ve gone too far in my opinion. I feel sorry for our children. Their exposure to everything perverse on every kind of screen is mind boggling. And even more tragic, it’s being hyped as “normal”.

No other generation has had such easy access to the underbelly of humanity. SO many screens & chronic bombardment of images and concepts. Our current society would have been praising Caligula. Protect your children.