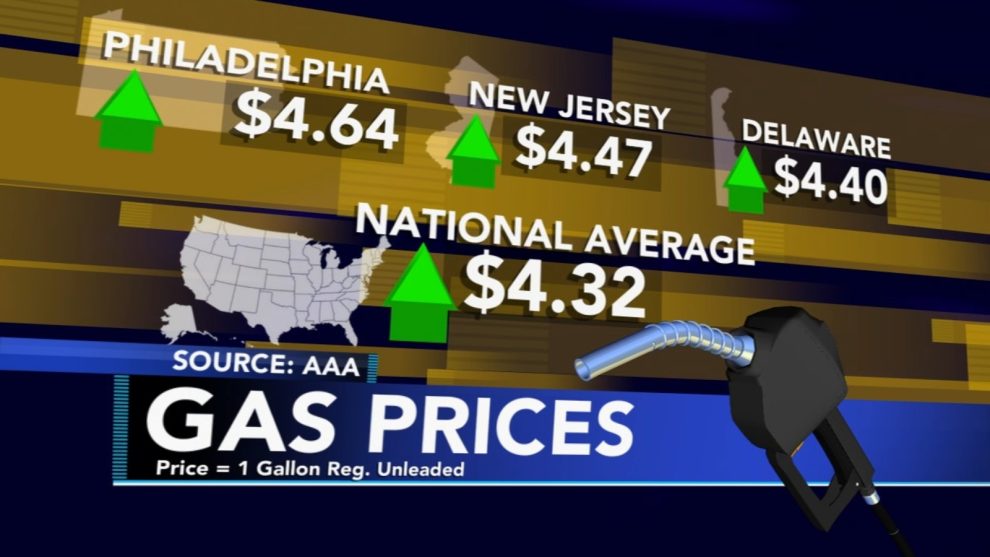 According to the report, drivers are paying on average $4.32 per gallon nationally for unleaded — “$1.36 over what it was on this day a year ago.” The national average for diesel has also hit an all-time high at $5.54.

Both Senate Majority Leader Chuck Schumer (D-NY) and House Speaker Nancy Pelosi (D-CA) have refused to cast any blame on their own party for shutting down American energy independence and continuing to print trillions and trillions of dollars, Breitbart News previously reported.

Leftists absolutely LOVE soaring gas prices that crushing working class Americans' wallets, because they believe it accelerates the shift away from oil. Which explains comments like this one. https://t.co/EPqQty0dtP

Notably, as voters admit rising gas prices are touching every aspect of their lives, including how they eat and buy groceries, the economy has risen to be a top issue in the upcoming elections.

A Convention of States Action/Trafalgar Group survey released last week found that a plurality of voters (38.5 percent) chose “lowering inflation and fixing the economy” when asked to identify the most important issue to them in the midterms.

No other issue came close, with only 15.9 percent concerned over “climate change,” and 11.3 percent worried about “racial and social equality.” Eleven percent chose “securing the border,” and no other issue garnered over ten percent.