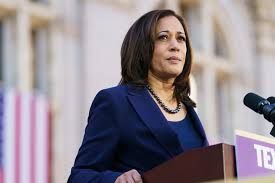 Sen Kamala Harris (D-Calif) is on the record as backing “some form of reparations” for slavery. In a recent interview, Harris agreed with the host’s suggestion that government reparations for black Americans were necessary to address past discrimination. The 2020 presidential hopeful later “affirmed that support” in a statement to The New York Times.

Hamilton Brown, Kamala Harris” father was born in 1776 in Ireland. He became a sugar plantation owner and founder of Brown’s Town in Jamaica, according to university papers, textbooks, and historical documents. Henry Whiteley wrote a pamphlet entitled “Three months in Jamaica in 1832, Comprising a Residence on a Sugar Plantation,” where he describes Brown’s views on his slaves:

Whiteley’s account goes on, describing one victim after the next, including women and young boys. It is truly sickening to read. Brown didn’t stop after the Jamaican slaves were freed. He attempted to make the Irish work on his plantation but failed when he was accused of trying to enslave more people. The historical accounts are so detailed that should Kamala Harris want to search out the families of the people her relative reportedly tortured, she would probably be able to find them.

Will she write a check to repair the damage her ancestor Hamilton Brown did to the slaves in Jamaica? Perhaps the media can do its job and ask her. Don Lemon might, as he seems concerned about her authentic blackness.