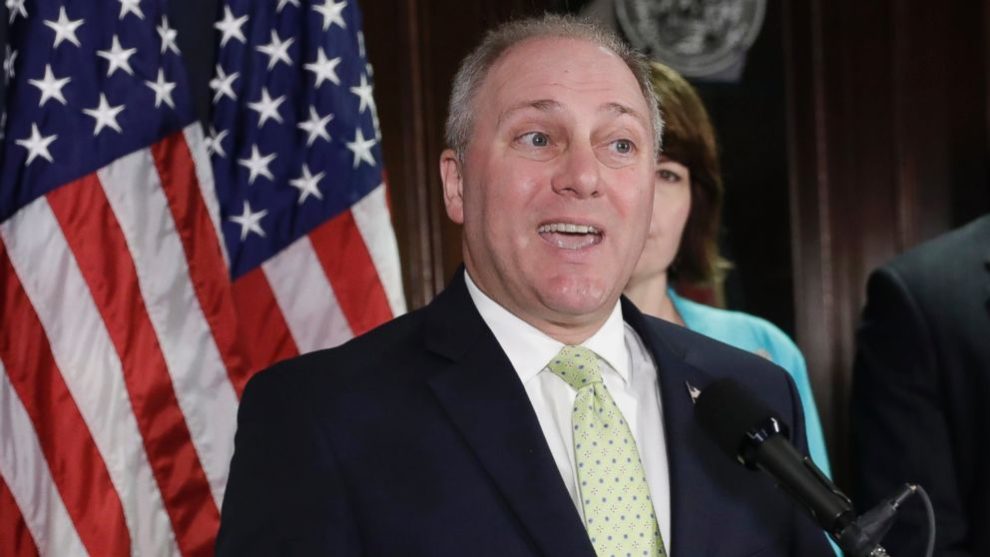 In less than two years, President Biden and Speaker Pelosi have forced an agenda that wrecked our economy, driving inflation to alarming levels. Far-left socialists have opened our southern border to illegal immigrants, made us dependent on hostile foreign nations for our energy, and empowered our enemies overseas. Week after week, Democrats refuse to consider any bills on the House Floor that would address the serious problems that families are facing.

We have a plan. Today, House Republicans are rolling out our “Commitment to America,” which is a bold conservative vision for a prosperous America that will reverse Biden and Pelosi’s self-made crises. Our plan is built on four key principles: an economy that is strong; a nation that is safe; a future built on freedom; and a government that is accountable.

Despite warnings from Larry Summers, the top economic advisor to both President Clinton and President Obama, Democrats wasted $10 trillion of taxpayer money on big-government spending bills. The result is skyrocketing inflation which reached the highest level in nearly 40 years. Biden and Pelosi’s inflation is crushing hard-working families and is taking $460 out of their pockets every single month.

Democrats passed the so-called “Inflation Reduction Act,” but this legislation actually raises taxes on workers and small businesses and hires 87,000 IRS agents to audit low and middle-income families, as confirmed by the Congressional Budget Office.

Our “Commitment to America” calls for reducing wasteful government spending and cutting taxes. This will make it easier for businesses to lower their prices and allow struggling families to keep more of their hard-earned money.

The Biden administration needs to understand that doubling down on radical climate policies ignores the reality of the world’s current energy needs. Our plan would require the Biden administration to embrace an all-of-the-above energy strategy that includes petroleum, natural gas, and nuclear power that we produce here at home. This would reduce skyrocketing gas prices and rising household energy costs.

Democrats support defunding the police and amnesty for illegal immigrants.

Violent crime and murder are out of control because Democrats have cut police budgets, ended cash bail, and allowed violent offenders back onto our streets.

More than 100,000 Americans died from drug overdoses in 2021. Roughly two-thirds came from opioids like fentanyl, which cartels are smuggling into our country across Biden’s open southern border.

Republicans have a simple solution: Stand with law enforcement and secure America’s border.

By providing funding for state and local law enforcement through programs like COPS grants, we want to make it easier for police departments to recruit the qualified officers they need to keep our communities safe.

By requiring the federal government to secure our nation’s borders through the renewal of border wall construction, migrants will have a harder time unlawfully entering our country, and drug cartels won’t be able to take advantage of an open southern border.

Unlike Democrats, Republicans will put parents and children over union bosses.

When concerned parents spoke up at school board meetings, the head of the nation’s largest school board association wrote a letter to President Biden asking his administration to treat parental involvement as possible acts of domestic terrorism. Days later, Biden’s Department of Justice issued a memo that equated parents exercising their right to free speech as domestic terrorists.

As millions of children struggled with remote and distanced learning, the Biden administration coordinated with teachers union bosses – instead of parents – and re-wrote critical portions of the Centers for Disease Control and Prevention’s school reopening guidance. This came after the union bosses complained that the guidance was too favorable towards opening schools.

By passing a Parents’ Bill of Rights, parents will have a stronger voice, and it will be easier for them to get involved with their kids’ education.

Globally, Democrats have put America on a path of decline. President Biden hastily withdrew U.S. troops from Afghanistan, leaving behind billions of dollars of military equipment and allowing the Taliban to take control of the country.

We are experiencing the worst border crisis in American history. More than 3.2 million migrants have been apprehended during Joe Biden’s presidency.

Despite control of both chambers of Congress, Democrats have refused to investigate the Biden administration’s failures and mismanagement of our country. This is a clear dereliction of duty.

Republicans will use the power of congressional oversight to hold the Biden administration accountable.

President Biden and Speaker Pelosi are more interested in enacting their far-left agenda than helping families in need.

We understand the American people’s struggles, and we have a bold conservative plan that will reverse Biden and Pelosi’s disastrous policies and get our nation back on track.