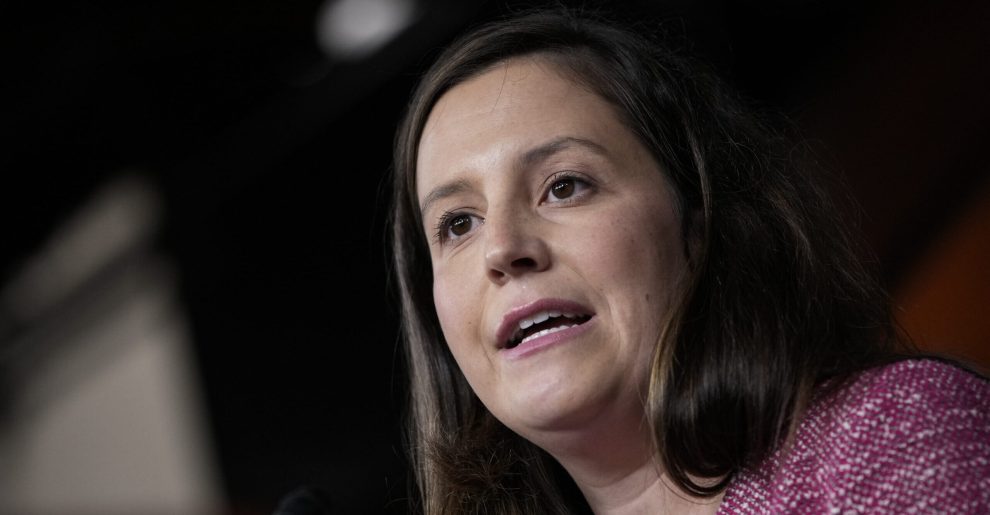 The Biden Administration has been aware of the threat of a national baby formula shortage for “months,” House Republican Conference Chair Elise Stefanik (R-NY) told Breitbart News – on the same day President Biden claimed only “mind readers” could have anticipated the crisis.

Asked Friday about whether his administration could have taken steps sooner to avoid the current supply crunch of baby formula, Biden replied, “If we’d been better mind-readers I guess we could have.”

“We moved as quickly as the problem became apparent to us,” he continued, adding, “we have to move with caution as well as speed because we got to make sure what we’re getting is, in fact, first-rate product – that’s why the [Food and Drug Administration] has to go through the process.”

The White House also announced Friday that invoking the Defense Production Act to produce baby formula amid the shortage is “on the table.”

But Rep. Stefanik told Breitbart News in a wide-ranging interview on Friday that Biden has been “asleep at the switch,” and that the FDA has known about a pending baby formula shortage for over three months – at least since she reached out to warn them of it in February.

“They’ve known this has been an issue for months. I sounded the alarm and reached out to the FDA in February of this year, after the recall of the Sturgis, Michigan, [Abott Nutrition] manufacturing facility, and we got no substantive response from the FDA. There was absolutely no plan from this administration about how to address that supply chain issue, which has now created even more of a crisis,” Stefanik said.

She compared this administration’s response to the baby formula crisis to the Trump Administration’s Operation Warp Speed – where the FDA, in collaboration with private companies, produced a COVID vaccine on a fast-tracked timeline by cutting regulations and curtailing the approval process.

“If you compare the failure of Joe Biden to the success of President Trump, in cutting through the red tape of the FDA when it came to Operation warp speed – Joe Biden’s been asleep at the switch.”

House Republicans – including Rep. Stefanik – sent a letter this week to the President demanding specific answers as to how the administration will work to increase the supply of formula. Stefanik told Breitbart News that she is also working on legislation to require the FDA to have a faster timeline in addressing supply chain issues.

“House Republicans have introduced the Formula Act, and I’m also working on legislation that requires the FDA, when there is a recall or issue at a manufacturing facility, to have a much shorter timeline in terms of figuring out an alternative supply chain or getting it back up and running,” Stefanik said.

Stefanik went on to blast the Biden Administration amid reports that baby formula is being sent to illegal immigrants who have entered the country at the southern border, while American citizens find empty shelves at their local grocery stores.

“The sending of baby formula paid for by taxpayers to the southern border for illegal immigrants, while American families, American babies, go without, that is unacceptable as well,” Stefanik said.

Stefanik called the situation “harrowing,” as she herself has found empty shelves when looking to buy formula for her young son, in her district in upstate New York.

“I can tell you as a new mom, there’s nothing more harrowing than being concerned about whether you’re going to be able to feed your baby,” Stefanik told Breitbart News.