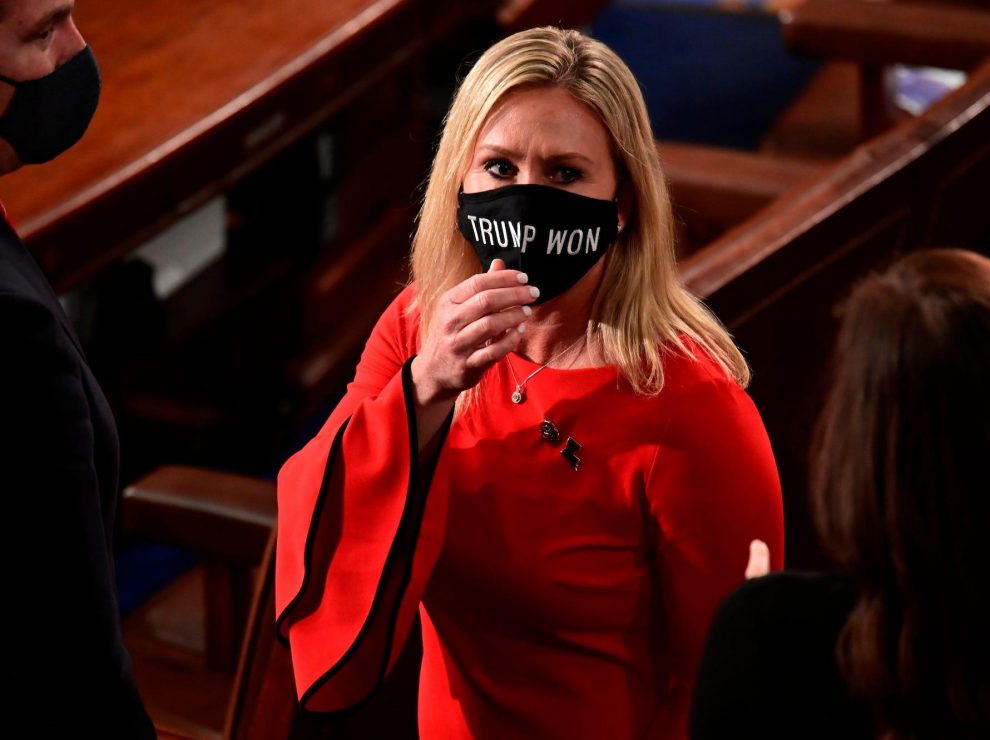 Rep. Marjorie Taylor Greene says she will introduce a resolution to expel Democrat Rep. Maxine Waters from Congress “for her continual incitement of violence,” The Hill reported.

The Georgia Republican issued a statement Sunday specifically citing Waters for egging on protesters at a demonstration in Brooklyn Center, Minnesota, Saturday. Demonstrations erupted in the city last week after police fatally shot 20-year-old Daunte Wright during a traffic stop.

Waters told reporters over the weekend that protesters needed to “stay on the street” demanding justice until there is genuine police reform, Fox News reported.

The California congresswoman vowed that she is “going to fight with all of the people who stand for justice,” adding, “We’ve got to get justice in this country, and we cannot allow these killings to continue.”

The shooing death of Daunte Wright came at a particularly tense time in Minnesota, with former Minneapolis police officer Derek Chauvin currently on trial on murder charges in the death of George Floyd last year, according to the Hill.

Floyd died after Chauvin knelt on his neck for several minutes during an arrest.

Greene tweeted on Sunday that “As a sitting United States Congresswoman Maxine Waters threatened a jury demanding a guilty verdict and threatened violence if Chauvin is found not guilty. This is also an abuse of power.”

She also wrote on Twitter that “After traveling across state lines to incite riots, her orders recorded on video last night at the Brooklyn Center, directly led to more violence and a drive by shooting on National Guardsmen in Minnesota early this morning.”

Two Minnesota National Guard members suffered minor injuries when they and a Minneapolis police team were fired on in a drive-by shooting on Sunday, the state National Guard released in a statement.

However, National Guard officials did not provide any immediate evidence of who fired the shots at the officers or any connection to comments by Waters, according to The Hill.

The House voted in February to strip Greene of her assignments on committees after she previously supported violence against Democratic politicians, the QAnon conspiracy theory and other racist theories,