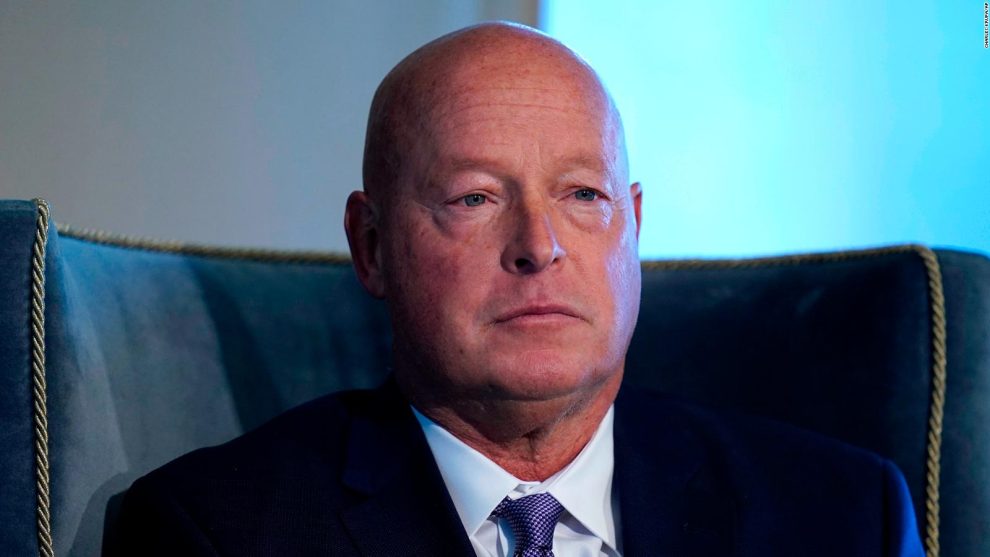 Disney fired CEO Bob Chapek in a dramatic development Sunday, bringing back its former boss and ending a disastrous tenure that saw the entertainment giant become a value-hemorrhaging caricature of wokeness.

The company installed 71-year-old Bob Iger, who retired as CEO a year ago after a 15-year successful run, to his old post. Iger had groomed Chapek, 62, to take his place, staying on two years after announcing his retirement plans in what became a failed bid to ensure a smooth transition.

“We thank Bob Chapek for his service to Disney over his long career, including navigating the company through the unprecedented challenges of the pandemic,” Disney Chairman Susan Arnold said in a statement.

Disney stock has fallen over 40% over the last year amid an ailing economy. It’s woes have been blamed on a series of decisions that have alienated its family-minded and in many cases, conservative, customer base. The company clashed bitterly with Florida Governor Ron DeSantis over a law that prohibits public schools from teaching kids below the fourth grade about sexual orientation and radical gender theory.

The company was also criticized for featuring a lesbian kiss in kids’ movie “Lightyear,” showing a transgender man purchasing tampons in a TV series, and emphatically embracing the trend of Environmental, Social, and Governance, a strategy that courts investors by promoting a host of woke values within the corporate structure.

Chapek, who reportedly earned a salary of $26 million, did not release a comment immediately following his ouster.

The board said Iger “is uniquely situated to lead the Company through this pivotal period,” and said he has the “deep respect of Disney’s senior leadership team, most of whom he worked closely with until his departure as executive chairman 11 months ago.”

“Dear Fellow Employees and Cast Members,” he wrote in an email obtained by The Ankler, “It is with an incredible sense of gratitude and humility-and, I must admit, a bit of amazement-that I write to you this evening with the news that I am returning to The Walt Disney Company as Chief Executive Officer.

“When I look at the creative success of our teams across our Studios, Disney General Entertainment, ESPN and International, the rapid growth of our streaming services, the phenomenal reimagining and rebound of our Parks, the continued great work of ABC News, and so many other achievements across our businesses, I am in awe of your accomplishments and I am excited to embark with you on many new endeavors.

“I know this company has asked so much of you during the past three years, and these times certainly remain quite challenging, but as you have heard me say before, I am an optimist.”

Chapek was charged with shoring up the company after it lost billions during the COVID pandemic, when its theme parks were closed. But when he caved in to employee demands that he oppose the Florida law, erroneously dubbed the “Don’t Say Gay” bill, DeSantis ended longstanding and lucrative tax breaks for the company’s extensive Florida operations.

In March, Chris Rufo, of the Manhattan Institute, released videos from a Disney staff meeting to discuss the bill, officially known as the Florida Parental Rights In Education Bill, as well as Disney’s efforts to push radical gender ideology and other progressive ideas on sexuality. According to the footage obtained by Rufo, one executive producer said that she was easily able to implement her “not-at-all secret gay agenda” in one show while another Disney manager boasted of the company’s move to drop “gendered greetings” such as “ladies and gentlemen” from communications, including greetings to theme park visitors.