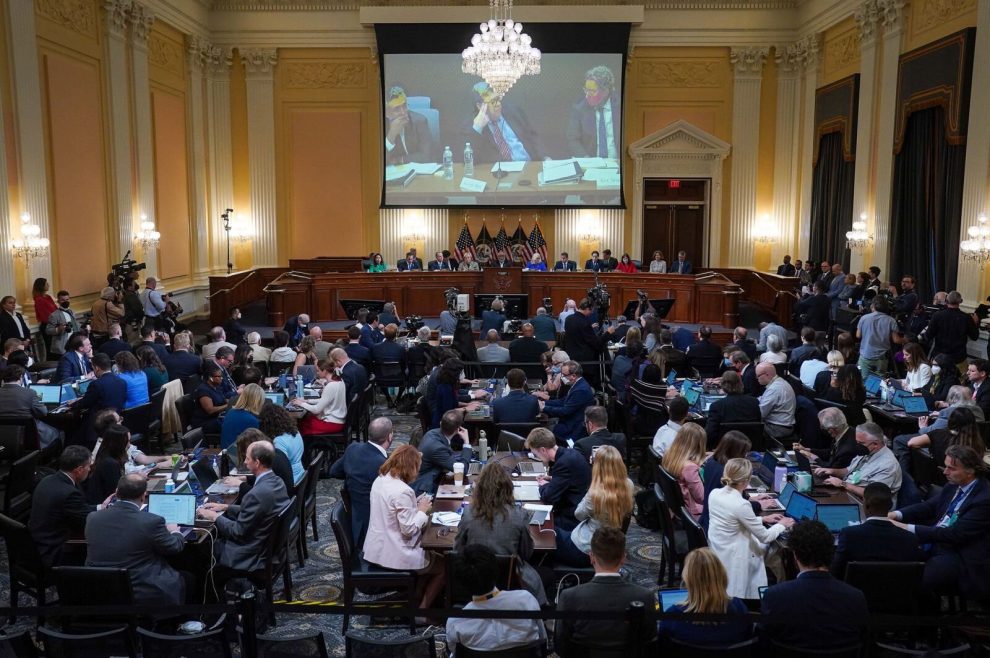 The numbers are in for the Jan. 6 Committee production. If we looked at how people were tuning out, it stood to reason it wasn’t going to go well. As anticipated, it didn’t.

So to translate that into something that helps you understand how much it bombed, here’s The Hill’s media guy, Joe Concha noting that this is significantly smaller than the regular newscasts that they run that don’t have the advantage of running in primetime.

Context: The evening newscasts on CBS, NBC & ABC average anywhere from 18 to 20 million viewers combined on a typical night. Those newscasts do not air in primetime. The January 6 hearings airing in primetime Thursday took in just 11+ million viewers on those three same networks. https://t.co/KcdsM5sx3Z

“Context: The evening newscasts on CBS, NBC & ABC average anywhere from 18 to 20 million viewers combined on a typical night,” Concha explained. “Those newscasts do not air in primetime. The January 6 hearings airing in primetime Thursday took in just 11+ million viewers on those three same networks.”

According to Newsbusters, “evening newscast audiences on any given night last week were 1.6 times larger than the total number of broadcast viewers who tuned into the hearings on Thursday.” Of course, one of the issues is that it wasn’t “new”; most people have seen most of it and it’s from a year-and-a-half ago. Not to mention that many don’t view it as a legitimate committee, but as a political show trial.

It didn’t go well on CBS, as the Free Beacon explained.

Just 3.24 million people watched the network’s “Capitol Assault Hearings” coverage Thursday night, according to the TV Ratings Guide. Exactly one week prior, 3.86 million people tuned in to CBS to watch a Young Sheldon rerun, meaning an old episode of the coming-of-age sitcom garnered roughly 600,000 more viewers than the inaugural hearing.

Now, there were more people on CNN and MSNBC than they might normally have, but that’s preaching to the choir — those are the people who already buy into the Democratic talking points on the matter. So, it doesn’t say much; that’s not achieving the purpose of the political show. The regular networks are going to be more of the bellwether for the independent American. But, Fox still beat out CNN, and Fox didn’t even show the hearing.

Bottom line? This didn’t work out as the Democrats had hoped. Most people aren’t interested in seeing a political show. They blame Biden and the Democrats for the failures that are happening now. They know that Democrats are throwing this out as their last gasp before the midterms. They know by comparison the Democrats ignored and even mocked President Donald Trump when rioters were outside the White House in 2020.

Journalist Andy Ngo has a great thread, and I’m guessing none of the people here are currently being hunted by the FBI or have a dedicated page, despite the organized nature of the riots in 2020. Here are just a few snippets from his thread.

Flashback: In May 2020, mobs of fat-left rioters tried to storm the White House. They were repelled by police, who were assaulted and hit with projectiles. Democrats and leftists condemned law enforcement at the time for stopping the rioters. #CapitolRiot pic.twitter.com/lJcwdQHC51

Flashback May 2020: The far-left rioters tore apart the barrier outside the White House piece by piece in an attempt to storm the building and burn it down. Many in the mob called for the president to be lynched. #CapitolRiot pic.twitter.com/krfqIRglNY