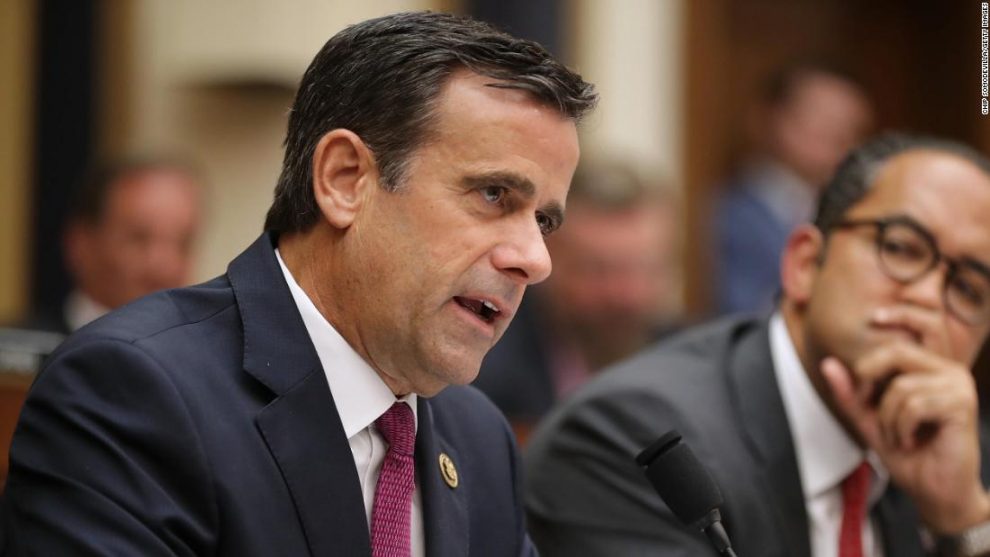 The director of national intelligence insisted Monday that there is no evidence the Russians or other foreign actors were behind the emails allegedly found on a laptop linked to Hunter Biden, even as officials familiar with the matter tell NBC News the FBI continues to probe that question.

John Ratcliffe, a former Republican House member from Texas who has come under heavy criticism over allegations he has politicized intelligence to help President Donald Trump, told Fox Business anchor Maria Bartiromo that a laptop allegedly left at a Delaware repair shop “is not part of some disinformation campaign.”

“Let me be clear,” he said. “The intelligence community doesn’t believe that because there is no intelligence that supports that.”

A Democratic Congressional official familiar with the matter told NBC News the FBI was actively examining that question, confirming what two other people familiar with the matter said Friday night — that federal investigators are trying to determine whether the materials allegedly found on the laptop were the fruits of a foreign intelligence operation designed to interfere in the presidential election.

Ratcliffe acknowledged that the laptop is “in the jurisdiction of the FBI,” adding, “The FBI has had possession of this,” but “their investigation is not centered around Russian disinformation and the intelligence community is not playing any role with respect to that.”

The FBI seized the laptop and a hard drive through a grand jury subpoena. The subpoena was later published by the New York Post, which published a series of stories last week based on emails, texts, photos and videos it said came from the laptop. The Post said it obtained the material from President Trump’s attorney, Rudy Giuliani.

“There’s a sloppiness here that almost seems too sloppy for Russian intelligence.”

The first Post story highlighted what it called a “smoking gun email” that suggested a meeting between Biden and a representative of a Ukrainian company that once paid Hunter Biden. The Biden campaign denies that the meeting happened, and the story was greeted with widespread skepticism.

George Mesires, attorney for Hunter Biden, said in a statement, “We have no idea where this came from, and certainly cannot credit anything that Rudy Giuliani provided to the New York Post, but what I do know for certain is that this purported meeting never happened.”

Biden campaign spokesman Andrew Bates said, “We have reviewed Joe Biden’s official schedules from the time and no meeting, as alleged by the New York Post, ever took place.”

Since the stories have been published, conspiracy web sites have promulgated allegations that the laptop materials link Hunter Biden to criminal behavior. None of the allegations have been substantiated.

Questions have swirled around the Post’s account of how it obtained the emails and other materials. The newspaper said they were found on a laptop left in a Delaware repair shop in April 2019 and never claimed. The repair shop owner then took it upon himself to access the private material, the Post said.

The Post said the shop owner, who has been identified as John Paul Mac Isaac, called the FBI, and also called a Giuliani associate. The shop owner said he believed the laptop was among equipment left by Hunter Biden, because a sticker on the laptop bore the name of the Beau Biden Foundation, a charity named after his late brother.

“Before turning over the gear, the shop owner says, he made a copy of the hard drive and later gave it to former Mayor Rudy Giuliani’s lawyer, Robert Costello,” the Post said. “Steve Bannon, former adviser to President Trump, told The Post about the existence of the hard drive in late September and Giuliani provided The Post with a copy of it on Sunday.”

It remains unclear whether the emails cited by the Post are authentic or have been doctored.

Giuliani, who acknowledged helping bring the material to light, has in the past sought to unearth information damaging to Biden with the help of a man identified by the U.S. government as a Russian intelligence officer.

Questions about the provenance of the emails led Facebook and Twitter to limit sharing of the story, prompting fierce criticism from Republicans.

In an interview published by the Daily Beast, Issac, the repair shop owner, provided shifting answers to key questions.

“Throughout the interview, Mac Isaac switched back and forth from saying he reached out to law enforcement after viewing the files in the laptop to saying that it was actually the FBI that contacted him,” the Beast wrote. NBC News has reached out to Isaac but has not heard back.

The Post published a grand jury subpoena for the laptop and hard drive. The subpoena had been issued by a federal prosecutor who already had the serial numbers of the devices when they were ordered to be handed over in early December 2019, indicating federal law enforcement was aware of the specific devices they want to examine.

“Other material extracted from the computer,” the Post said, “includes a raunchy, 12-minute video that appears to show Hunter, who’s admitted struggling with addiction problems, smoking crack while engaged in a sex act with an unidentified woman, as well as numerous other sexually explicit images.”

Many commentators have speculated that the material could have been hacked from Hunter Biden’s accounts and put on the laptop as a cover story to offer a plausible explanation of how the material became public.

“We have to be careful about saying this is absolutely a Russian operation, because there’s a sloppiness here that almost seems too sloppy for Russian intelligence,” he said. 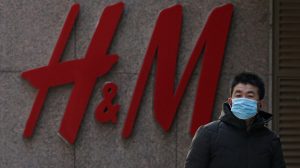