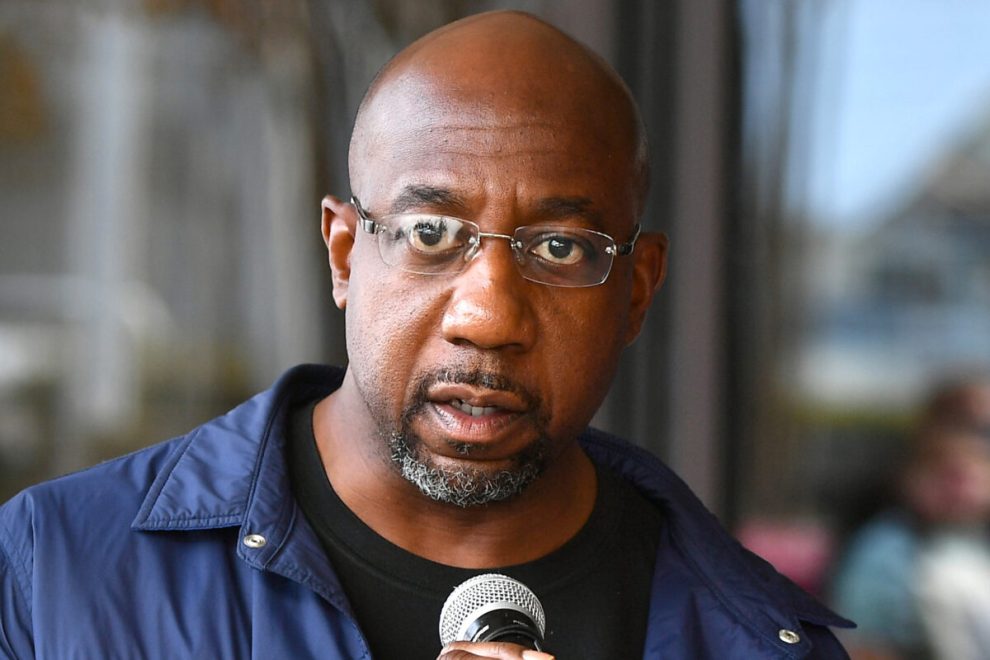 Walker appeared on Hannity Monday night reacting to a report from the Daily Beast, which talked to an anonymous woman who claimed that Walker not only encouraged her to abort their child in 2009 but paid for it.

When questioned on the show about whether he know who the woman was, he said, “I have no idea, but it is a flat-out lie. And now you know how important this seat is — this seat is very important – that they’ll do anything to win this seat, lie, because they want to make it about everything else except what the true problems that we have in this country – inflation, the border wide open, crime.”

“They don’t want to talk about that, so they’re making up lies now because they need this Georgia seat. So, I encourage anyone out there, let’s not let them take this seat,” he said, previously announcing his intention to sue the outlet for defamation.

“You’re not a ‘family man’ when you left us to bang a bunch of women, threatened to kill us, and had us move over 6 times in 6 months running from your violence,” the young man wrote. Walker responded by publicly stating, “I LOVE my son no matter what.”

Warnock, however, is no stranger to family controversy, despite the corporate media’s framing otherwise. Perhaps most famously, Warnock found himself in the middle of a domestic dispute in 2020 after his now ex-wife Ouleye Ndoye accused him of running over her foot with his car. Body cam footage of the authorities’ visit features Ndoye telling police that her husband is a “great actor.”

“This man’s running for United States Senate, and all he cares about right now is his reputation,” she said.

“I work at the mayor’s office, and this is a big problem. I’ve been trying to be very quiet about the way that he is for the sake of my kids and his reputation,” she continued, explaining that she has “tried to keep the way that he acts under wraps for a long time, and today he crossed the line.

“So that is what is going on here, and he’s a great actor. He is phenomenal at putting on a really good show,” she added:

Georgia Democrat Raphael Warnock's ex-wife on his character after he allegedly ran over her foot with his car:

"I've tried to keep the way he acts under wraps for a long time, & today he crossed the line… He is a great actor. He is phenomenal at putting on a really good show." pic.twitter.com/0SuLy1IPub

According to reports, the dispute started over divorce paperwork amid his Senate bid against former Sen. Kelly Loeffler (R-GA). Warnock was not charged in that particular incident and could be heard saying, “I barely move, and all of the sudden she’s screaming that I ran over her foot. I don’t believe it.”

His family disputes do not end there, as his ex-wife also took legal action over child custody, accusing her ex of being in “willful contempt” of their arrangement.

The most recent filing involves a child custody arrangement finalized in April 2020, as he was waging a campaign for the U.S. Senate. Though the details are private, often these agreements stipulate that one spouse cannot move children out of state.

In the court documents, she asked a judge to revisit the child support considerations because she plans to be a full-time student at Harvard University for two years.

She claimed a “substantial change of circumstances regarding the welfare of the children” after Warnock’s victory, and she alleged in the filing that her ex-husband hasn’t reimbursed her for some child care costs that she incurred during time he’s scheduled to be with the kids.

Specifically, the filing stated that Warnock “failed to reimburse (Ndoye) has left (Ndoye) financially strapped, leaving the children in her care when she should be concentrating on work-related and school-related responsibilities.” It added that any reimbursements she did receive were “often … accompanied with an extended questioning regarding the value of and need for the services provided.”

It remains unclear what impact the allegations against Walker will have on the race, but national Republicans are sticking by him, and his fundraising is reportedly surging.

Former President Donald Trump is perhaps the biggest figure to speak out in support of the Republican Senate hopeful following the allegations, stating that Walker is “being slandered and maligned by the Fake News Media and obviously, the Democrats.”