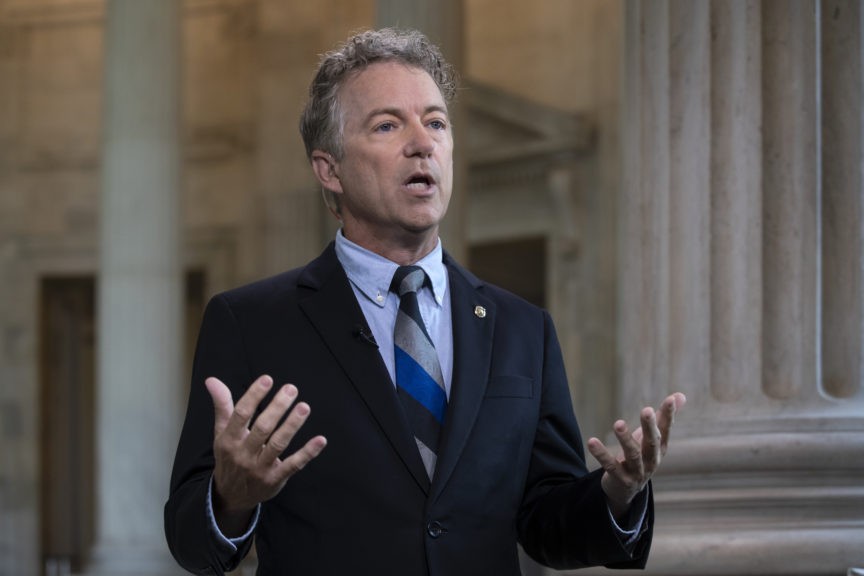 Sen. Rand Paul (R-KY) told reporters on Monday that Democrats’ approach to the confirmation of Judge Amy Coney Barrett showed that they wanted a “politician” on the bench, not a judge.

Democrats, he said, think “all justices are politicians, and so they want a politician that’ll vote for their cases.”

Paul spoke after the opening round of statements on the Senate Judiciary Committee on day one of Coney Barrett’s confirmation hearings.

They had focused their statements in the confirmation hearing on policy questions like Obamacare, he said. “instead of whether of not a justice will adhere to the law.”

Republicans, he said, urged that judges “not be politicians” and follow the law instead.

Asked whether Democrats had violated the “Ginsburg rule” — Joe Biden’s 1993 standard, which states that judges should not be asked about pending cases during their confirmation hearings — Sen. Paul predicted that Democrats and the media “will show they have a double-standard.”

If Judge Coney Barrett tried to use the Ginsburg rule to avoid answering a question about particular cases, such as the pending litigation about Obamacare, Sen. Paul said, they would likely attack her.

As for the question of whether Republicans had put her in a difficult position by backing a court challenge to Obamacare, Paul disagreed.

“I’m one who thinks Obamacare was a disaster, made health insurance more expensive, and didn’t necessarily help those it was intended to help,” he said.

The way to help those with pre-existing conditions, he said, was to “allow individuals to group together and buy insurance.”

“There are market ways to try to fix these problems that don’t involve the government taking over health care,” he added.