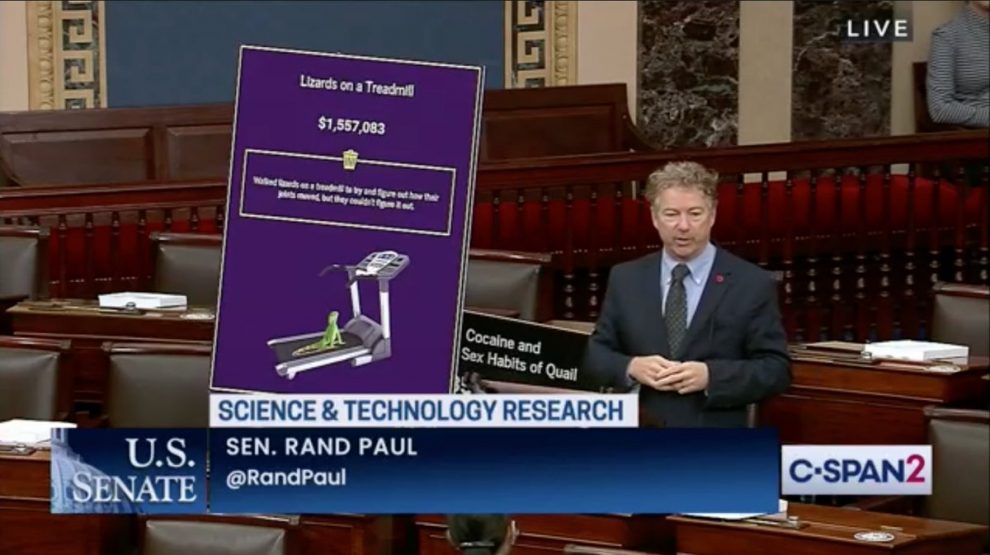 His space flight company, Blue Origin, just lost out on a $2.89 billion NASA contract to build a system to land astronauts on the moon in 2024, according to a Fox Business report.

Bezos, who recently became the wealthiest man on the planet, lost to Elon Musk’s SpaceX. NASA reported that the SpaceX bid was lower than Blue Origin’s “by a wide margin,” Fox noted.

Sen. Maria Cantwell, a Democrat from Washington, where Blue Origin is headquartered, and Sen. Roger Wicker, a Republican from Mississippi, sought to soften the blow by adding an amendment to the $130 billion “Endless Frontier Act.”

According to the Senate website, this legislation seeks to strengthen “national competitiveness in science, research, and innovation to support the national security strategy.” The bill is designed to boost our ability to compete with China.

The amendment proposed by Cantwell and Wicker adds $10 billion to the bill for NASA’s moon-landing project. It would “direct NASA to have two lander programs,” creating “another contract that Blue Origin would be favored to win.”

Fortunately, not all senators are on board with this ill-advised idea.

On Monday, Sen. Bernie Sanders of Vermont introduced an amendment to block it.

He told colleagues, “I worry very much that what we are seeing now is two of the wealthiest people in this country, Mr. Elon Musk and Mr. Bezos, deciding that they are going to take control over our space industry.”

Sanders added on Twitter: “Jeff Bezos is the richest guy on the planet. He’s gotten $86 billion richer since the start of the COVID pandemic. Does he really need $10 billion from Congress for space exploration?”

Jeff Bezos is the richest guy on the planet. He's gotten $86 billion richer since the start of the COVID pandemic. Does he really need $10 billion from Congress for space exploration?

When we landed on the moon, there was great collective pride in that achievement. Our space program should be something that we ALL take part in. We shouldn’t hand over $10B in corporate welfare to Jeff Bezos or Elon Musk, who are jointly worth $350B, to fund their space hobby. pic.twitter.com/f1uLPXPjuR

The Cantwell/Wicker amendment was met with sharp criticism from Republicans, including Wisconsin Sen. Ron Johnson, who co-sponsored Sanders’ amendment, and Sen. Josh Hawley of Missouri.

“Why is the Senate preparing to give [Amazon’s] Jeff Bezos a $10 billion bailout?” Hawley asked on Twitter.

Why is the Senate preparing to give @amazon’s Jeff Bezos a $10 billion bailout? https://t.co/xrpFTAPtLl

As always, the outspoken senator from Kentucky, Rand Paul, cut right to the chase.

“Isn’t there some remnant of decency in Congress to oppose bailouts for billionaires?” he tweeted.

Cry me a river, Jeff Bezos lost out on a space contract so now Senate inserts a Bezos bailout provision for $10 billion for his space company??

Isn’t there some remnant of decency in Congress to oppose bailouts for billionaires?

I wouldn’t hold my breath.

Now that lawmakers in the Biden era are regularly dealing with bills worth trillions of dollars, they treat $10 billion like chump change to be handed out as a consolation prize. This is madness and it has to stop.

American science should be advanced in a reasonable manner, not with congressional bailouts for a billionaire’s private space program.