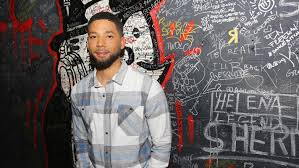 This Black History Month began with a flurry of blackface scandals: one involving Virginia Governor Ralph Northam, who was reported to be photographed in his 1984 Eastern Virginia Medical School yearbook in blackface—and Northam responded by denying it was him in the photo while admitting that on a separate occasion, he’d put on black shoe polish to look like Michael Jackson. The news was met with a flurry of calls for Northam to resign. “There is no place for racism in America,” former Vice President Joe Biden tweeted. “Governor Northam has lost all moral authority and should resign immediately.

One of many people who’d lobbied for Northam’s resignation, Virginia Attorney General Mark Herring subsequently revealed that, “In 1980, when I was a 19-year-old undergraduate in college, some friends suggested we attend a party dressed like rappers we listened to at the time, like Kurtis Blow, and perform a song,” admitting that he’d also worn blackface. “It sounds ridiculous even now writing it.

See also  Teen Girl Disappears at NBA Game and Turns Up 11 Days Later in Nude Photos on Sex Trafficking Site
→ What are your thoughts? ←
Scroll down to leave a comment: